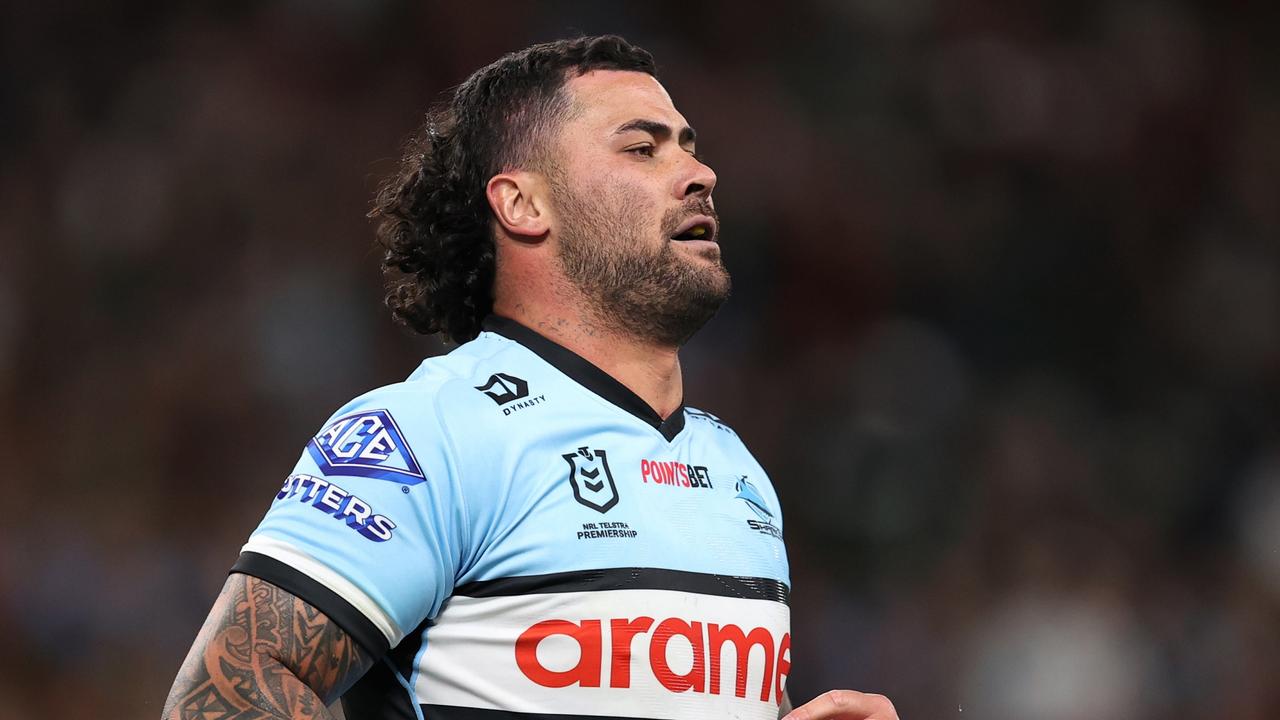 Fox League’s Michael Ennis believes veteran enforcer Andrew Fifita has “plenty to give” and tipped the premiership-winning front rower to land in Melbourne.

The Sharks and Fifita confirmed last month the 33-year-old would depart Cronulla after playing 212 games in the sky blue jersey.

The bustling prop said to foxsports.com.au he wanted to remain in the NRL and Ennis, who won a premiership with Fifita in 2016, backed his former teammate to sign a new deal.

Ennis believes Fifita would be “happy” to depart for the Super League but explained coaching maestro Craig Bellamy may look to sign the experienced forward.

“Andrew is a really infectious bloke, he is polarising, there are people who love him and hate him,” Ennis said.

“But when he is in your organisation you get a real understanding of just how loyal he is as a bloke, and a great trainer for a big man.

“I think he has plenty to give, for 12 months at a place that is lacking experience.”

“I actually think Craig Bellamy might have a look at him down in Melbourne with a number of their big guys moving on.

“A lot of experience going out of their forward pack and knowing the way Craig coaches and how Andrew can respond under coaches like that, I think it’d work.”

Ennis also believes Fifita could return to Leichhardt and ink a deal with the Tigers, or travel south to join the Dragons.

“I think he is happy with either… but he has spoken previously about the Tigers, he came from the Wests Tigers and boy they could do with some help,” Ennis said.

“He’d have to be a chance of going there and doing a job.

“The other area is the Dragons because they have signed a number of forwards who just haven’t been able to deliver.

“Only 45 minutes down the road from Cronulla and he could certainly add some starch to their pack.”

‘MILKING’: Souths enforcer ‘in trouble’ for ‘chicken wing’ as Tallis calls out Mulitalo

BIG HITS: Souths sweating ahead of fifth straight prelim as Sharks save worst for last

Ennis also revealed how the veteran prop turned his career around after a life-threatening throat injury suffered during the 2021 season.

Fifita was rushed to hospital and placed in an induced coma, before doctors performed an operation to repair a fractured larynx.

After recovering from the horrifying injury, Ennis said Fifita had a renewed focus which allowed him to excel off the bench as the Sharks finished second in the regular season this year.

“Andrew could do things that few other forwards could do in the game, I have been so proud of him, last year he battled with some knee injuries that not a lot of people knew about,” Ennis said.

“He swallowed his pride as a premiership player, he has been happy to go back to the interchange bench and come on and do a job for Craig Fitzgibbon.

“He has been one of the best forwards at Cronulla.”