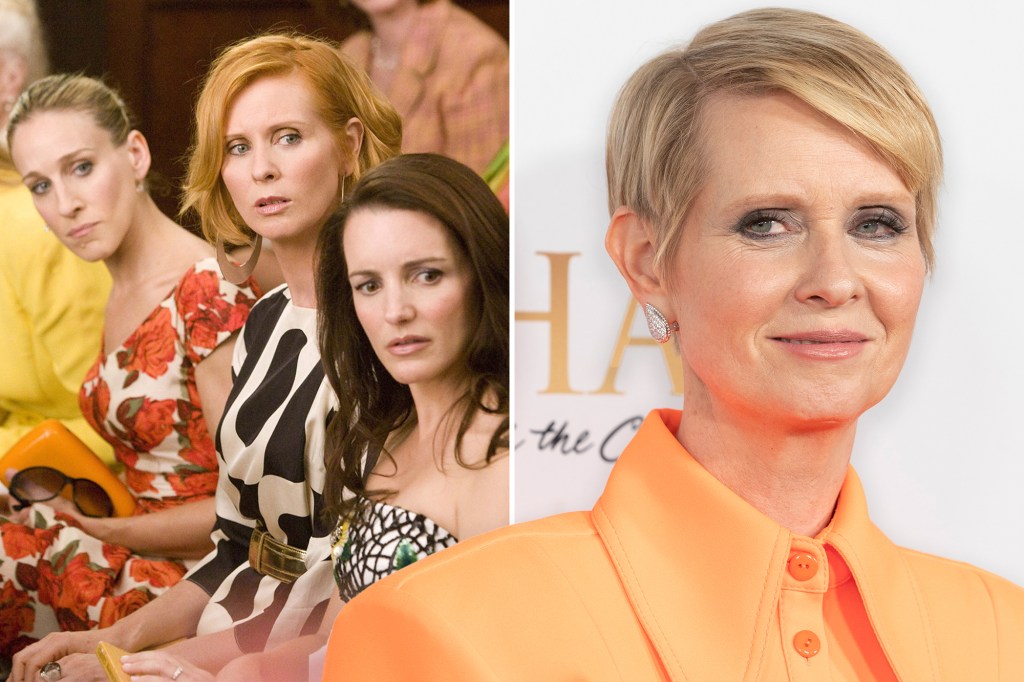 Cynthia Nixon has something to say to her haters.

Nixon, 55, is addressing criticism about her “Sex and the City” character Miranda Hobbes doing a sharp 180-degree personality change on the HBO Max sequel, “And Just Like That.”

The limited series showed iconic characters Carrie Bradshaw, Charlotte York and Miranda as they deal with the next phase of their lives: aging.

Many fans have wondered why Miranda isn’t as pragmatic as she was on “Sex and the City” in the sequel series.

“I think that’s a bizarre reaction,” the “Gilded Age” actress told the fashion bible. “First of all, I think Miranda is brave, and I think Miranda is charging forward. She doesn’t know where she’s going exactly, but she knows she has to go somewhere.”

“And I think that’s always been true of Miranda, right? Miranda’s very smart, and she’s very tenacious, but the idea that she’s levelheaded — she’s never been levelheaded,” Nixon continued.

She noted, “She’s a loose cannon, a very opinionated loose cannon. She’s always been a bull in a china shop and losing her temper and blowing things up then having to backtrack when she calms down.”

“[Miranda] gives up her very lucrative corporate job and goes back to try and make something more of her life. As Miranda says: We’re not old, we’re 55. I mean, you’re certainly closer to the end than to the beginning. But if you’re not happy with where you are, you still have a lot of time to make a change,” Nixon said.

In the show, Miranda chose to leave her husband Steve Brady, follow Che to Los Angeles and pass up a coveted internship at Human Rights Watch.

Ramirez, 46, recently explained to the New York Times how they (the “Grey’s Anatomy” actor identifies as nonbinary) felt about the backlash about their relationship with Miranda.

“I’m very aware of the hate that exists online,” they said. “But I have to protect my own mental health and my own artistry.”

“I’m really proud of the representation that we’ve created. We have built a character who is a human being, who is imperfect, who’s complex, who is not here to be liked, who’s not here for anybody’s approval. They’re here to be themselves,” Ramirez continued.

Nixon spoke to The Post on Feb. 11 about the negative reaction to Che’s character.

“I think we’ve always — the old show [‘Sex and the City’] and the new show — we’ve always been a show that pushed the boundaries,” she said. “I think it’s right in keeping with our history.”