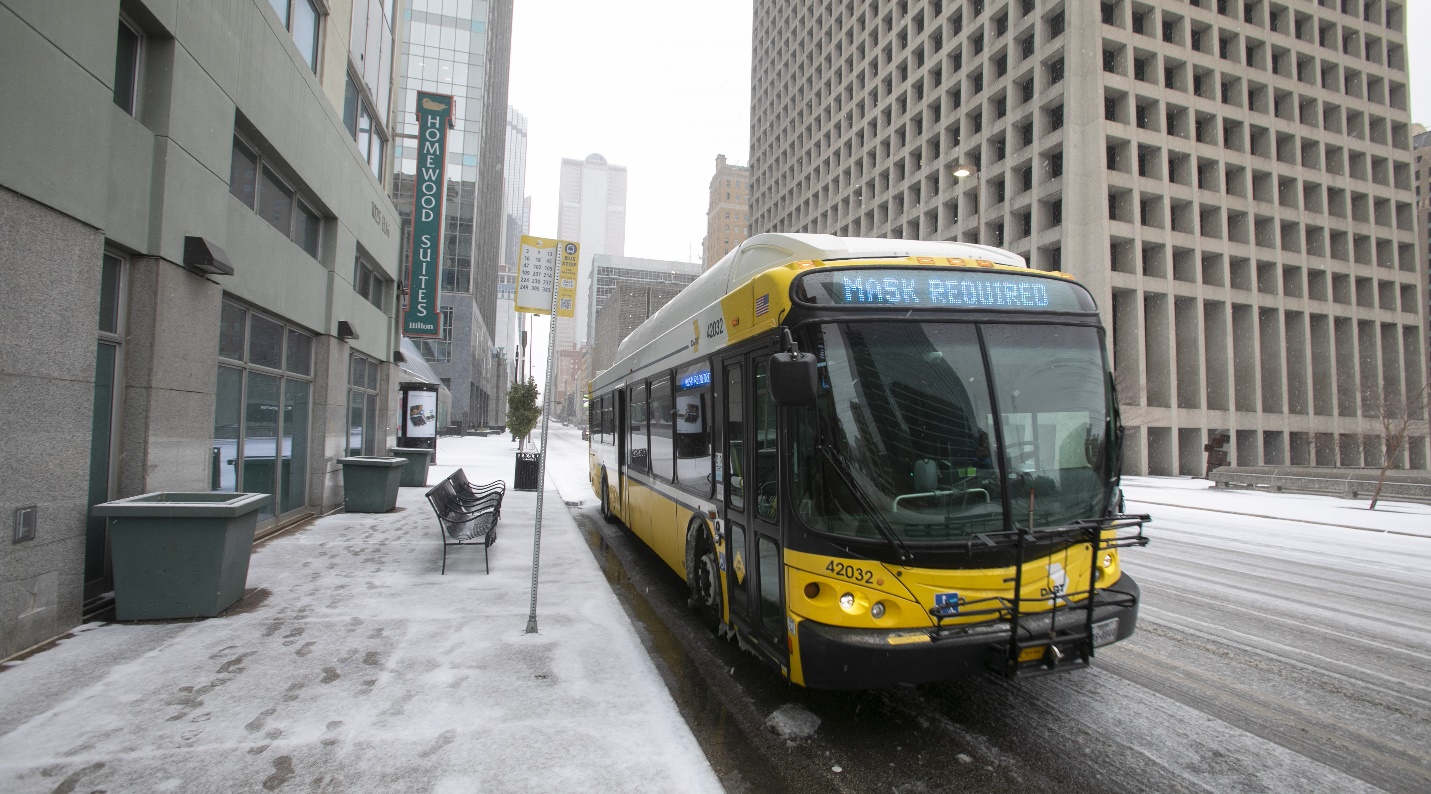 For the first time in its history, Dallas Area Rapid Transit shut down its bus and rail services during this month’s freeze. Rail went first, on February 2. Bus was suspended on February 4. Both were out until February 6, about a day after many roads had thawed.

One of those: you lost your public transit. Mayor Eric Johnson’s office says it was notified when the public was that “untenable ice conditions” had made operating bus and rail impossible for a few days. The mayor last week asked DART to detail its decision, but it hasn’t gotten much attention elsewhere.

So what happened? The ice thawed and refroze overnight on February 4. By the next day, temperatures rose into the mid-40s and 50s. DART stayed down. In answering a dozen questions about its decision, the agency basically reiterates that the roads were icy.

“Unfortunately, resuming normal services of a transit agency as large and complex as DART is not as simple as flipping a switch,” DART spokesman Gordon Shattles wrote in an email.

Shattles says that DART bus operators reported “over 120 incidents of buses becoming immobile due to the heavy ice accumulation on North Texas roads,” which was “a deciding factor in the agency’s decision to suspend bus service.” (DART’s fleet includes 692 buses, according to the agency.)

The service restoration timeline was based on the National Weather Service’s forecast, which included formal winter storm and hard freeze warnings. DART opened 10 transit centers as warming locations. It also transported “in excess of 500 passengers each day” through its paratransit service, mostly for individuals needing transportation to dialysis.

“After the severe weather event had started to dissipate across the area, our rail and bus operations teams had to examine and repair overhead catenary lines, remove brush and debris from rail lines, unfreeze and repair railway switches, and run test trains across our service area to ensure the safety of the system,” Shattles writes.

But, as noted by some astute observers, the old M-line trolley along McKinney Avenue was up and running a full day sooner than DART’s light rail.

This is somewhat of an existential moment for the transit agency. It is trying to become something closer to essential, changing its bus routes to increase frequency and reliability. But the main provider of transit for the fourth-largest metro area in the country was brought to its knees by the sort of weather that seems destined to become more common.

Part of this problem isn’t on DART. As writer Dalton LaFerney noted as he tried out DART’s new bus system, it’s quite clear that the average Dallasite still prefers his or her own vehicle to buses or rail.

“The 105 toward downtown is the line I use the most. As it waited for a red-light to turn onto Live Oak Street one evening during rush hour, I began to notice one thing that has not changed at all: our bus was surrounded by personal vehicles. A three-lane road full of vehicles and a single bus, running a few minutes behind already, with just a handful of folks onboard.”

The relative silence on the suspension of service could be a signal that not enough of the public is riding, that not enough North Texans view it as the essential service it is. That DART has more work to do, more money to spend, more investments that would allow at least some of its fleet to remain operating during severe weather events. Even the redesign of the bus line couldn’t use any more money than the old, inefficient one that it replaced, resulting in some lines disappearing and being served by an on-demand service called GoLink.

In 2018, the transit planner and author Christof Spieler found that DART moves half as many people per mile as San Diego, Phoenix, or Houston, despite having a longer rail network than anywhere else in the country.

Many of DART’s riders are low-income residents who often need it to get to their jobs. Maybe they don’t have cars. When it goes down, they lose their ability to get places.

This was a freak event, but it’s one that should be expected in the future. “As severe weather events now appear to impact the North Texas region on a more frequent basis, DART has been actively working on adjustments to our operating plan for icy conditions,” Shattles says.

In a memo, Mayor Johnson wrote that he is “particularly interested in learning more about DART’s decision to halt bus service” and its “communication of that significant decision to the public and to the city of Dallas.”

Shattles says its government relations department “reached out to local, state, and federal elected officials” within its service area on February 2. An email announcing rail suspension was sent out that day while an email for the bus suspension news was issued on February 4.

We’ll learn more when DART briefs the mayor later in the month. Maybe that will be deeper than a description of the weather.