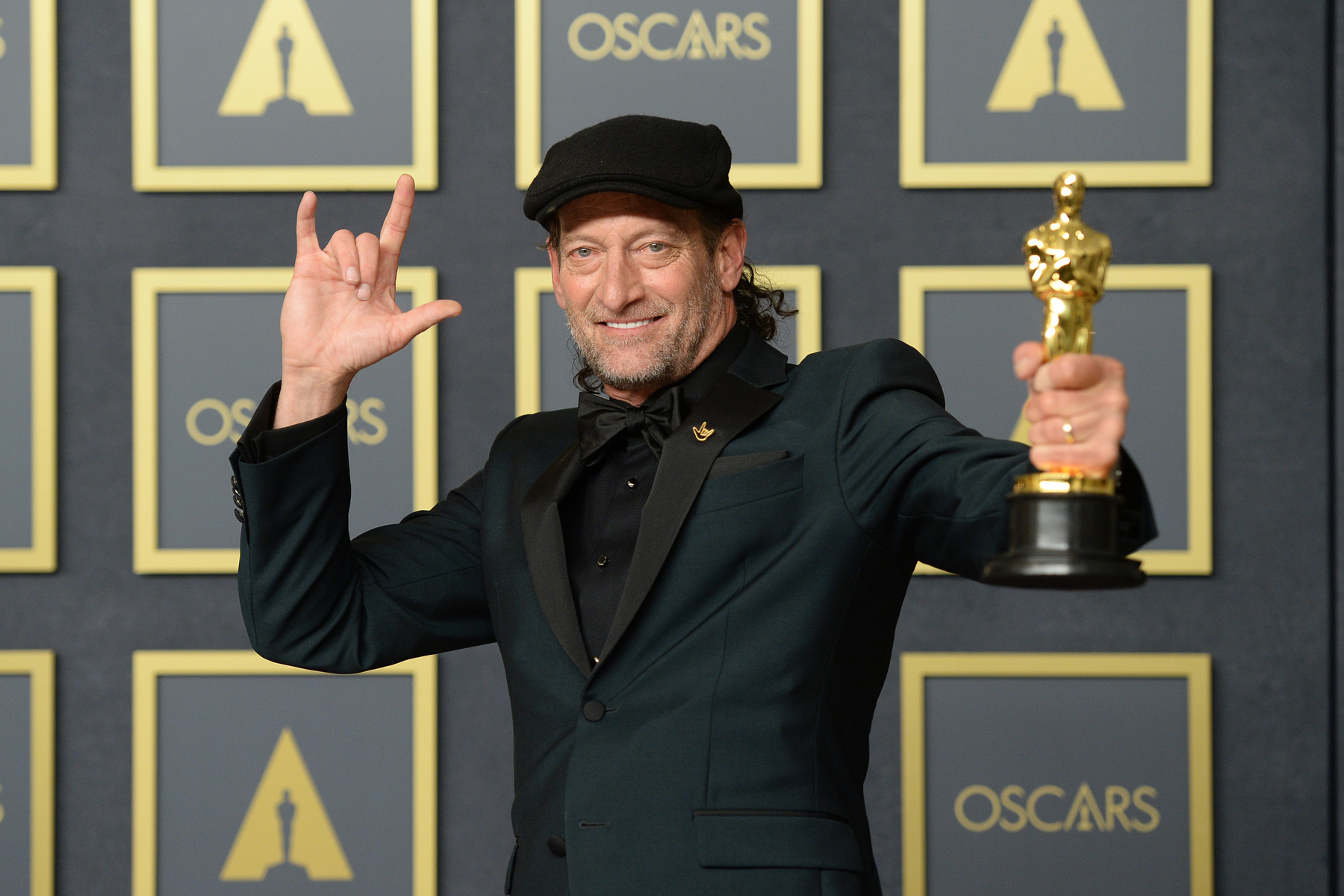 After giving his heartfelt speech while accepting his historic Best Supporting Actor Oscar trophy Sunday night, Troy Kotsur walked backstage and signed that his highest honor is sharing the “great flavor” of the Deaf community’s “vulgarity.”

“Really, I’m most proud of showing dirty sign language and dropping F-bombs. So many F-bombs. I’ve been so sick and tired growing up, and I’ve seen all your swear words in the subtitles. Where was my opportunity to bring this part of my culture forward? Finally, here it is,” Kotsur joked backstage, his sentiments translated by an American Sign Language interpreter.

“This is the vulgarity. Now you can experience it. You can just have a taste, it’s such a great flavor. Welcome to my world,” he signed with a huge smile on his face. “We’ve been so patient with all of you, and can you be patient with us deaf people? Can you learn the rich diversity of our sign language, which includes our vulgarities?”

Kotsur won for his turn as the patriarch of a predominantly deaf New England fishing family in CODA. He’s the second Deaf performer to win an Academy Award after his CODA costar Marlee Matlin’s historic Best Actress win at age 21 for the 1986 drama Children of a Lesser God.

“This is amazing to be here on this journey. I cannot believe I’m here,” Kotsur signed in his acceptance speech from the Oscars stage. “It’s really amazing that our film, CODA, has reached out worldwide. It even reached all the way to the White House, and they invited the cast of CODA to visit and have a tour of the White House, and we met President Joe and Dr. Jill, and I was planning on teaching them some dirty sign language, but Marlee Matlin told me to behave myself. So don’t worry, Marlee, I won’t drop any F-bombs in my speech today. Instead I want to thank all of the deaf theater stages where I was allowed and given the opportunity to develop my craft as an actor.”

He then gave an emotional tribute to his father: “My dad, he was the best signer in our family, but he was in a car accident, and he became paralyzed from the neck down, and he no longer was able to sign. Dad, I learned so much from you. I’ll always love you. You are my hero.”

Kotsur, 53, also won top honors at the SAG, BAFTA, and Indie Spirit awards ceremonies, where his speeches were highlights of those shows as well.

“I just wanted to say this is dedicated to the Deaf community, the CODA community and the disabled community,” Kotsur signed on Sunday. “This is our moment.”