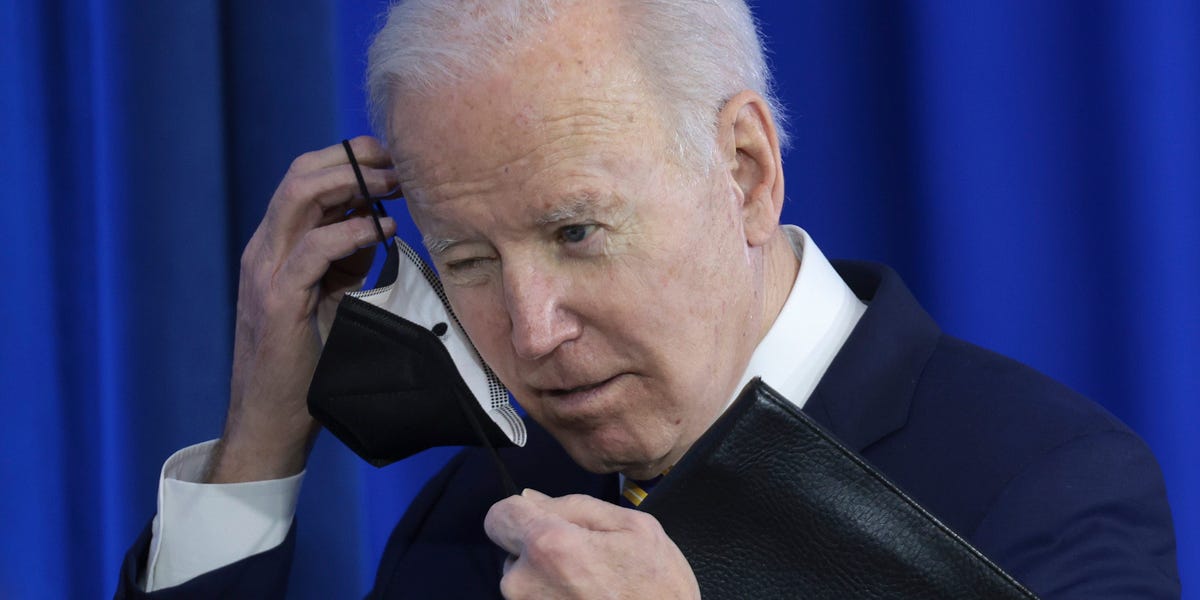 Democrats’ political unity on masking and other COVID-19 restrictions is cracking, and the division could have consequences for the party in November and beyond as pandemic-weary voters seek leaders who will help them return to some semblance of normalcy.

“Everybody’s doing their best to try to meet different circumstances,” said Sen. Sheldon Whitehouse of Rhode Island, one of the Democrat-led states unwinding its indoor mask policy. “Some of them are local circumstances. And frankly, I don’t have any criticism of anybody.”

The messaging chaos within the party comes as Republicans are ridiculing Democrats for inconsistencies and hypocrisy on masks, highlighting photos on social media of unmasked Democrats such as Rep. Alexandria Ocasio-Cortez of New York, Georgia gubernatorial candidate Stacey Abrams, and California Governor Gavin Newsom.

And on the Senate floor Monday, Senate Minority Leader Mitch McConnell, a Republican of Kentucky suggested that Democrats’ actions on masks were politically-motivated.

The daylight between the Biden administration and governors in the president’s party on masking in public and in schools has left the party without a clear message on what comes next. Some would rather avoid the topic.

Sen. Ron Wyden of Oregon, a Democratic-led state that will soon lift indoor mask mandates, demurred when asked whether Biden needs to change his message on masking.

He instead pivoted to vaccinations, noting that he recently told constituents that his strongest hope is that everyone who can will get vaccinated. “And that seemed to be something that brought people together and that’s what I’m going to be focused on,” Wyden told Insider.

Sen. Tim Kaine of Virginia declined to comment on Democratic state senators joining with Republicans in his state on a measure allowing parents to opt out of mask-wearing for their children at school after members of the state party fought Republican Gov. Glenn Youngkin on the issue.

“I’m going to let the state guys do their state thing,” Kaine said during an interview at the US Capitol. “I’ll focus on my federal job. That’s more than enough to keep me busy.”

During an interview with NBC released on February 10, Biden acknowledged what host Lester Holt described as “restlessness” and “leaders bowing to the political winds” on masks. “All the variants have a profound impact on the psyche of the American people,” Biden said.

Asked whether he feared some cities and states are moving too quickly to loosen indoor mask mandates, Biden said, “I committed that I would follow the science, the science as put forward by the CDC, and the federal people. And I think it’s probably premature, but it’s, you know, it’s a tough call.”

There’s discord between Democratic insiders, too, about how party members should talk about COVID-19 if they don’t want to suffer major losses in the midterms.

“We’ve got to step up on COVID, and as you’ve seen Democratic governors do in recent days, start to normalize where we are and transition us from a pandemic,” said Mark Longabaugh, a longtime Democratic operative who was a senior advisor on Sen. Bernie Sanders’ 2016 presidential campaign. “We’re not out of a pandemic yet, but we gotta talk about and start transitioning our policies to where it’s an endemic thing — rather than pandemic — when we can get society back and our country back to some sense of normalcy.”

Longabaugh said that Democrats focused too much of their time sparring with Republicans over masking and mandates, rather than conveying a message of, “Let’s get schools back to normal, let’s get back to a functioning society.”

Democratic pollster Celinda Lake, however, said Biden’s message on masks is winning with voters, noting that 85 percent of Democrats support mask-mandates and face-coverings in school.

“The best way to deal with Covid fatigue is really deal with Covid,” she wrote in an email to Insider. “And we certainly shouldn’t be stopping too early or before spring breaks.”

During interviews at the Capitol, two Democratic senators facing re-election in states with Republican governors stayed on the pro-science messaging bandwagon when asked about mask mandates.

“I think we increase our likelihood of making mistakes when we let the politics guide us rather than the science,” said Democratic Sen. Raphael Warnock of Georgia.

Sen. Mark Kelly, a Democrat of Arizona said, “I think it’s best when it comes to science to listen to the scientists and not listen to the politicians.”

Republicans, many of whom have long railed against face mask requirements even during the height of the pandemic, are focused on painting Democrats as hypocrites for breaking their rules with “masks for thee but not for me” positions.

Ocasio-Cortez, who posted a video of herself dancing while on the trail for Democratic House candidate Jessica Cisneros in Texas this weekend, caught similar heat from Sen. Ted Cruz, a Republican of that state.

“Only Dems can be such shameless mask hypocrites,” Cruz tweeted.

As the Super Bowl played out on Sunday, some conservatives were focused not on the game but on footage of celebrities and Los Angeles Mayor Eric Garcetti milling about VIP rooms with their famous faces unobstructed.

The Republican National Committee even cut a video and began a recent issue of its weekly newsletter to the phenomenon.

“Despite forcing masks because they’re ‘following the science,’ Democrats have no problem taking off their masks when it’s inconvenient to themselves. Their hypocrisy is increasingly brazen,” the RNC wrote.

While new cases of the omicron variant are receding, Covid still poses a threat to people who are immunocompromised or live with conditions that put them at extra risk for hospitalization or death — even if many are ready to get on with life.

Sen. Tom Carper of Biden’s home-state of Delaware seemed to embrace both his governor and president’s messages when asked about mandates. At the time, he was looking forward to hitting the Wilmington YMCA a little later than usual on February 11 to take advantage of the state’s indoor mask mandate lifting at 8 a.m.

“These masks have saved a lot of our lives, probably including my own and my wife’s, but I will welcome the day when we no longer have to wear them, and in Delaware it’s 8 a.m. on Friday morning,” he said.