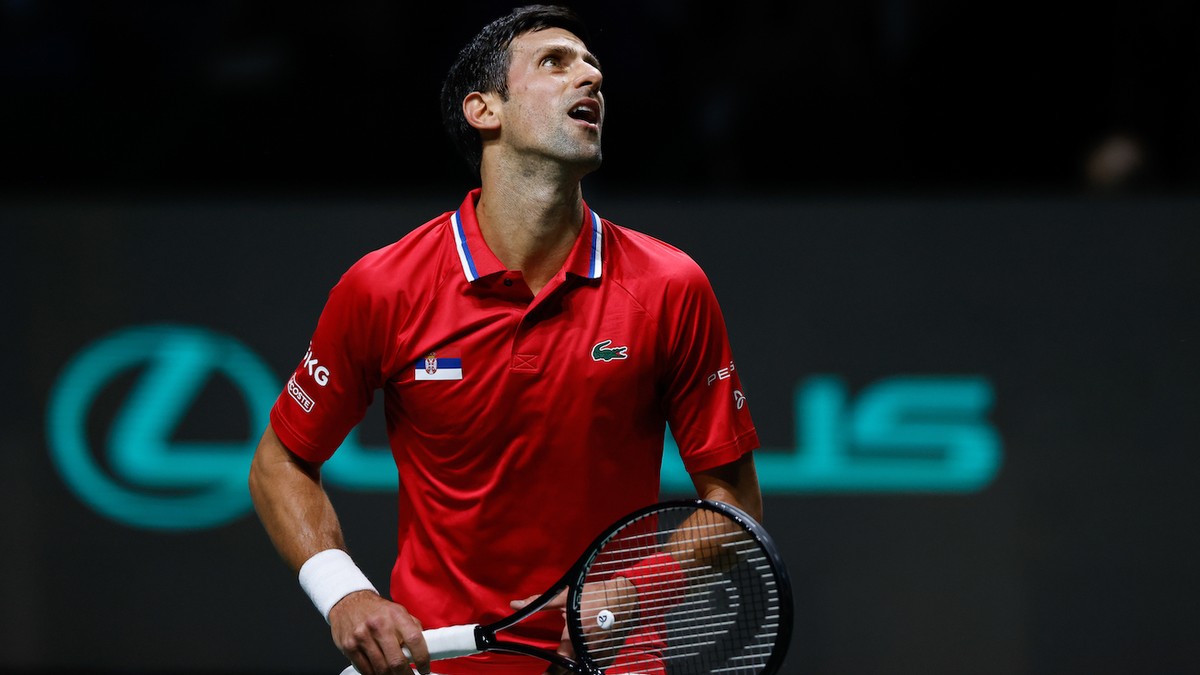 Novak Djokovic has been denied entry into Australia and had his visa cancelled after he “failed to provide appropriate evidence to meet the entry requirements.”

The Australian Border Force (ABF) confirmed on Thursday morning that the world number one tennis player would not be allowed to enter the country, following widespread outrage over his being given a “medical exemption” to compete in the Australian Open despite the tournament’s strict vaccination requirements.

Those requirements specify that all players, staff and fans attending the grand slam must be fully vaccinated against COVID-19 – guidelines that had previously cast doubt over whether Djokovic, who has continually refused to reveal his vaccination status, would be allowed to compete.

On Tuesday, the 34-year-old revealed on social media that he was “heading Down Under with an exemption permission,” in a shock announcement that was quickly confirmed by the organisers of the Australian Open and which triggered a storm of backlash from countless Australians who are currently enduring the country’s most explosive COVID outbreak since the pandemic began.

Djokovic landed at Melbourne’s Tullamarine airport at about 11:30PM on Wednesday after a 14-hour flight from Dubai, then was promptly detained by ABF officials. He was held for several hours while his visa application was assessed. While a series of independent panels set up by the Victorian state government and Tennis Australia granted the exemption, it is federal authorities that are in charge of border control.

Many critics of Tennis Australia’s controversial decision to allow Djokovic to compete demanded to see evidence proving the reason for his vaccine exemption. A federal government source familiar with the situation said there had been question marks as to whether he had adequate documentation to do so, according to The Age. The suspected reason for Djokovic’s exemption was that he had been infected with COVID-19 in the past six months, but the source reportedly said it wasn’t clear whether that was enough to be granted entry into Australia under federal guidelines.

The 20-time grand slam winner was questioned by ABF officials in a room at Melbourne Airport overnight until early Thursday morning.

In its statement, the ABF said that “Non-citizens who do not hold a valid visa on entry or who have had their visa cancelled will be detained and removed from Australia.” It also confirmed that Djokovic had access to his phone, despite earlier claims by his father, Srdjan, that the tennis player had been taken to a room alone, away from his team, and stripped of his mobile phone.

Upon Djokovic’s arrival, Australia’s federal authorities had reportedly asked officials in the state of Victoria, where the Australian Open is held, whether they would formally support Djokovic’s visa application. Shortly before midnight on Wednesday, Jaala Pulford, the state’s acting sports minister, confirmed that they would not.

“The federal government has asked if we will support Novak Djokovic’s visa application to enter Australia,” Pulford said. “We will not be providing Novak Djokovic with individual visa application support to participate in the 2022 Australian Open grand slam [tournament]. We’ve always been clear on two points: visa approvals are a matter for the federal government, and medical exemptions are a matter for doctors.”

Media reports suggest that Djokovic’s lawyers will challenge the decision. A source close to the tournament told Reuters that the tennis player would file an injunction to prevent him being deported, and was on his way to a Melbourne hotel in the meantime.