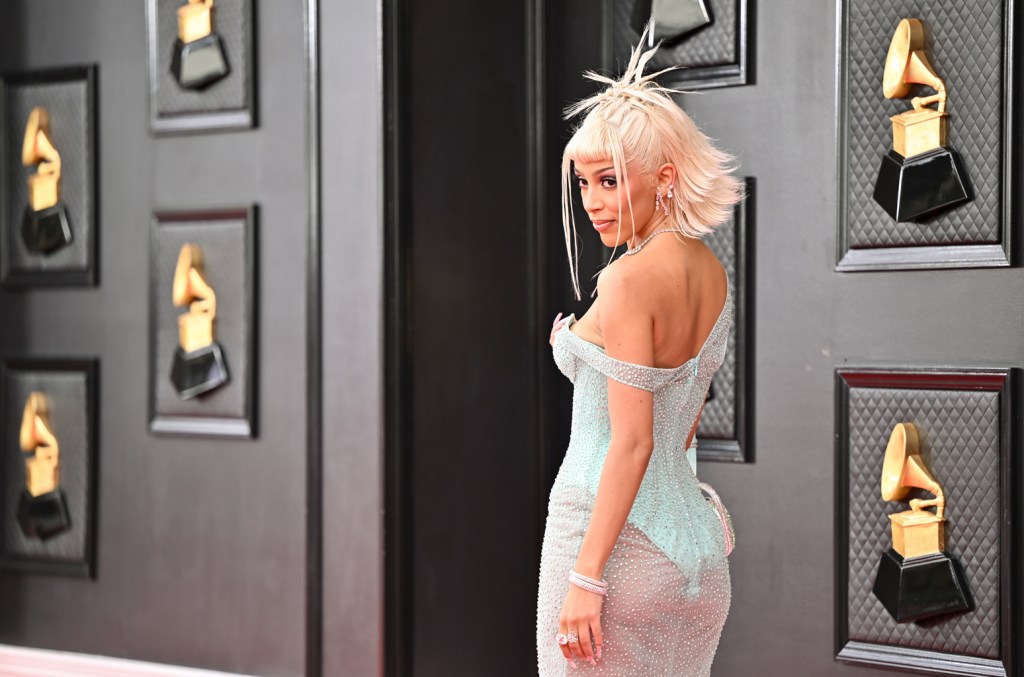 Doja Cat spilled some tea about the direction of her next album on Tuesday (May 24) in a cover story for Elle.

In the profile, the star reveals her follow-up to 2021’s Planet Her will be focused on returning to her rap roots. “I haven’t started just because of all the rehearsal and touring. I’ve got a lot going on, but it’s coming up,” she told the magazine in the interview that happened before she announced she’d have to sit out her summer festival tour dates and opening for The Weeknd due to tonsil surgery. “I have been getting songs and things sent to me. … Oh f–k, I wish I could tell people! There’s some really cool stuff that I got sent from friends. They’re all working on beats, and I’m giving them notes and they know what I want, so I’m excited.”

For those who may be more familiar with her pop music, Doja says “real fans” know what’s what. “I’ve rapped since the beginning, and I really couldn’t even sing that well to begin with — I got a lot better,” she told the magazine. “I use my voice as a tool to create these worlds, and it’s fine if people think that I can’t rap.”

Of course, while it just hit newsstands, Doja’s interview took place weeks before she announced she was quitting music altogether in tweets earlier this spring. Since then, she’s taken home her first Grammy Award, announced the return of Taco Bell’s Mexican pizza during her mind-bending Coachella set, and topped the Billboard Artist 100 for the very first time.

Later in the Elle piece, the rapper also referenced taking a break from music, but for entirely different reasons. “I’d love to act. I’d love to be in movies. That’s a massive want for me,” she said, while also expressing the desire to dabble in the worlds of fashion and beauty if the right opportunity presented itself.

There’s also comedy, which seems like an obvious fit given Doja’s goofy personality and sense of humor. “My one hidden passion is stand-up,” the singer admitted. “I get nervous just like anyone else, but it feels like it could be a natural, fun thing to do.”