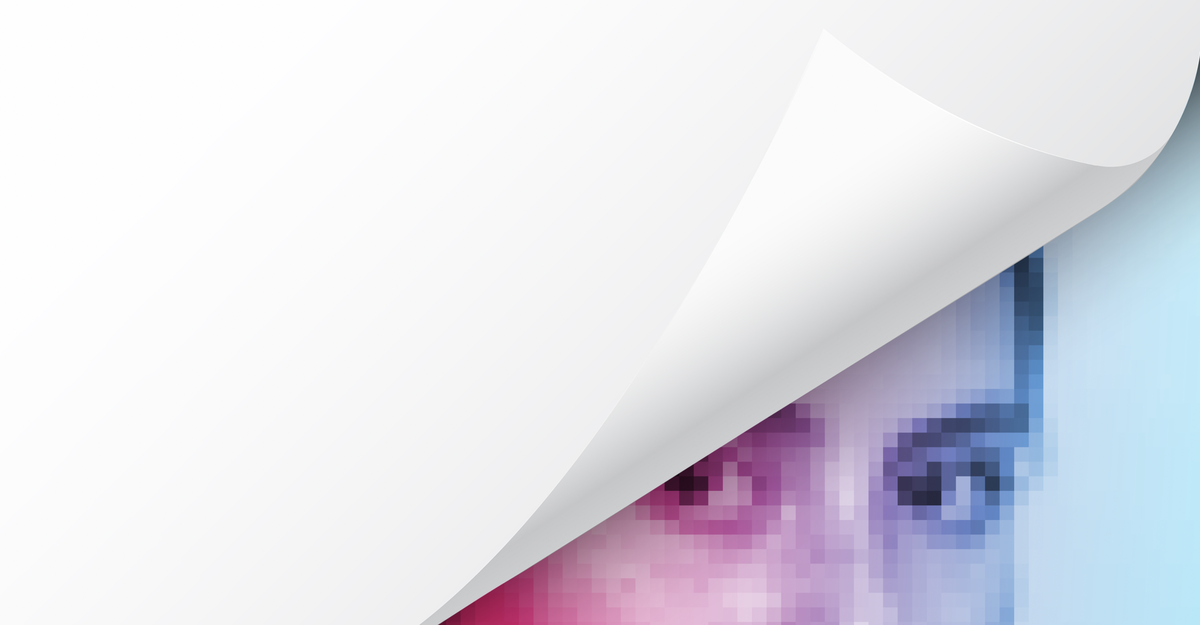 The Twitter account @libsoftiktok has gained a significant and influential following by reposting TikTok videos of LGBTQ teachers and suggesting that they may be guilty of “grooming” or other forms of sexual predation. In The Washington Post on Tuesday, the reporter Taylor Lorenz identified the previously pseudonymous woman behind Libs of TikTok as the Brooklyn real-estate salesperson Chaya Raichik. (Lorenz is a former Atlantic staff writer.)

Raichik’s identity is in the public interest, given the account’s political goals; it was also easily discovered via a domain-registration website. Yet, as soon as the story was published, Libs of TikTok and its right-wing fans, including the Trump-endorsed Senate candidate from Ohio, J. D. Vance, began tweeting and accusing Lorenz and The Washington Post of “doxxing”—a term that comes out of early-internet hacker circles and generally refers to the uncovering and deliberate weaponization of private, personal information. The conversation has continued since, thanks in part to Raichik’s Tuesday-night (voice-only) appearance on Tucker Carlson’s Fox News show, during which she referred to Lorenz as “a known hypocrite” who is “known to dox people.”

The internet is a powerful machine for twisting the meaning of language. A new word gets pushed through various subcultures that use it for their own purposes, then out to broader audiences that will use it in whichever way they first hear it. Doxxing is a special example, in that it originally referred to somewhat specific, dangerous, and unethical behavior—“dropping documents,” or making private information public and calling unfriendly attention to it. By naming that behavior, the word allowed for the development of shared norms against it on the nascent internet. But doxxing has since then been used to describe so many different situations—with varying degrees of sincerity and fairness—that its original utility has faded. Where the term once defined a category, it now expresses an emotion. Whoever feels doxxed will claim to have been doxxed.

[Read: The alt-right has lost control of redpill]

Outside of hacker communities, the first well-known examples took place in early Usenet forums in the late 1990s, where users circulated lists of suspected neo-Nazis. Also in the late 1990s, a website called Nuremberg Files appeared, with the home addresses of abortion providers and language that implied site visitors should stalk and kill them. But the dramatic internet events of the mid-2010s, particularly the Gamergate harassment campaign, brought the slang term for this behavior into wider use. Participants became known for releasing sensitive information about targets of their personal animus, sometimes with the intent of causing real physical harm. “Gamergate, for a lot of people, for mainstream culture, was the introduction to what doxxing is,” says Caroline Sinders, a research fellow at the Center for Democracy and Technology.

Before Gamergate, most people would have had little reason to think of mundane, biographical facts as weapons. So your home address was in a phone book—who cares? But if you were a victim of a harassment campaign, your home address could be posted on Twitter, and angry strangers could send the police there on a false tip. Other personal information that you’d considered safely stored or uninteresting to anyone could be exploited too. You could be subjected to the dissemination of revenge porn, or your oldest and least-considered thoughts could be dug up and presented as evidence in a case for your “canceling.” Eventually, your accounts might end up being hacked, your family threatened, and your experience of modern connectivity turned into a living hell.

But as the word for this became more common, it took on other meanings too. Some of the most memorable “doxxing” scandals came out of online subcultures and fandoms that felt a particular obligation to defend their own secluded space. When the then–Gawker reporter Adrian Chen unmasked an infamous Reddit troll known as Violentacrez in 2012, the reaction was intense. Even though Violentacrez—who turned out to be a Texas computer programmer named Michael Brutsch—was known for all manner of disgusting behavior, including supervision of Reddit’s voyeuristic and invasive Creepshots forum (which was later banned), the reaction to Chen’s article was seismic. Reddit users cried “doxxing” and declared “war” on Gawker. They considered the story, as Chen wrote, “an assault on the very structure of Reddit itself.”

In the next several years, the doxxing conversation was dominated by debate around whether unmasking a pseudonymous person with a sizable following was an unnecessary and dangerous invasion of their privacy. Newsweek’s 2014 reporting in search of the pseudonymous developer of bitcoin was met with outrage from early cryptocurrency enthusiasts, who called it an attempt at “doxxing.” An Italian journalist’s 2016 pursuit of the true identity of the novelist Elena Ferrante brought accusations of gendered harassment; a Vox explainer about the “uproar” referred to the incident as “the doxxing of Elena Ferrante.” And in 2020, when The New York Times indicated its plans to publish the real name of the California psychiatrist behind the Slate Star Codex blog, his longtime readers were horrified that the paper was trying to “dox” him. He argued that the Times was threatening his safety and later took credit for instigating a “major scandal,” claiming to have cost the paper hundreds or “thousands?” of subscriptions.

One side of this debate presumes that people can and should be able to run businesses, accrue influence, promote art, publish ideas, or engage in other public activities while expecting their identities to remain private. The internet, which allows for widespread, superficial anonymity while recording traces of its users’ personally identifiable information, both enables and threatens this position. In his recent book, United States of Anonymous, the cybersecurity-law professor Jeff Kosseff writes that doxxing “may stem from an anonymous speaker’s overconfidence in the culture of anonymity empowerment, causing them to let down their guard.”

In a more recent instance of “doxxing” by journalists, the BuzzFeed News reporter Katie Notopoulos used public business records to identify the previously pseudonymous founders of the multibillion-dollar brand Bored Ape Yacht Club. After the story was published in February, the CEO of Bored Ape Yacht Club’s parent company, Yuga Labs, argued that “releasing their identities” was “very, very dangerous” for the two founders and for “their families.” “Got doxxed against my will,” Greg Solano, one of the founders, tweeted. “Oh well.” The tone of the tweet is odd. The first part is redundant—no one gets doxxed voluntarily. The second is resigned—if you don’t care that much, was it a true, “very, very dangerous” doxxing? BAYC fans were furious but notably excited, as the incident brought them closer to their heroes in multiple ways. “Everything else aside, it’s nice to put a face to the name/ape,” one replied to Solano. “You ooze genuine goodness.”

In the case of Tuesday’s Washington Post story, fans of Libs of TikTok fixated on Raichik and her right to privacy, rather than on the people whose videos Libs of TikTok had plucked out of obscurity and served up for scrutiny. If you really wanted to call the Washington Post story an example of doxxing, you could make that argument. But if you wanted to call Libs of TikTok a longtime doxxing operation, that would make sense too. Any time a person’s information is “purposefully moved, lifted, and repurposed in other spaces” without their consent, that could be called “doxxing,” according to Stine Eckert, an associate professor of communication at Wayne State University who has written about the history of doxxing. There is “usually an element of bad intentions,” she told me. In his book, Kosseff goes further in advocating a “broad interpretation” of doxxing, saying that it can happen with or without “malicious intent.”

We’ve seen how journalism has been conflated with “doxxing” on account of the expanding, colloquial understanding of the term, which sometimes sidesteps the question of objectives. Some communities have their own, idiosyncratic ways of using doxxing. In the crypto world, the word doesn’t always carry a negative valence: to say a project is “doxxed” might just mean that its founders are not anonymous and present their work under their real names. One of the people who replied to Solano after the BuzzFeed News story used the word playfully, and asked, “Can we get a pict of your dog too while we’re doxxing?” Gen Z internet users will sometimes admit to having “doxxed” themselves, when what they mean is that they confessed something embarrassing or shared an ugly photo.

Meanwhile, other people deploy the word doxxing to refer to any breach of trust, whether or not it results in the dispersal of personally identifying information. In fandom spaces, doxxing can refer to actions that do little more than make the practices of that fandom visible to a wider audience: I was once accused of “doxxing” Harry Styles fans by tweeting out screenshots of a conversation that happened in a public Discord channel, in which everybody participating was using a pseudonym. In that situation, the complaint wasn’t that information had been weaponized, exactly—just that I’d moved it without warning, or that I’d used it in any way at all without permission. The specific accusation of “doxxing” wasn’t accurate, in my opinion, but the fans didn’t have another, better word with which to express their irritation and loss of control.

Eckert’s work emphasizes the harm that comes from doxxing tailored to a person’s identity. Women and men both experience doxxing, she told me, but women are likely to receive “higher amounts of unwanted, vitriolic messages” as a result, and Black and LGBTQ internet users are disproportionately affected too. Eckert said that it’s important to have words to describe these realities, but that she understands why dox has taken on such casual and muddy meanings. The social platforms we use every day are littered with our personal information, and if we aren’t totally aware of how all of that happened, or whether there is any way to undo it, that can feel like being “doxxed.” Lacking a better vocabulary, we fall back on familiar terms. If doxxing now applies to anything or everything, she said, that’s “a symptom of the harm that’s been done to us.”