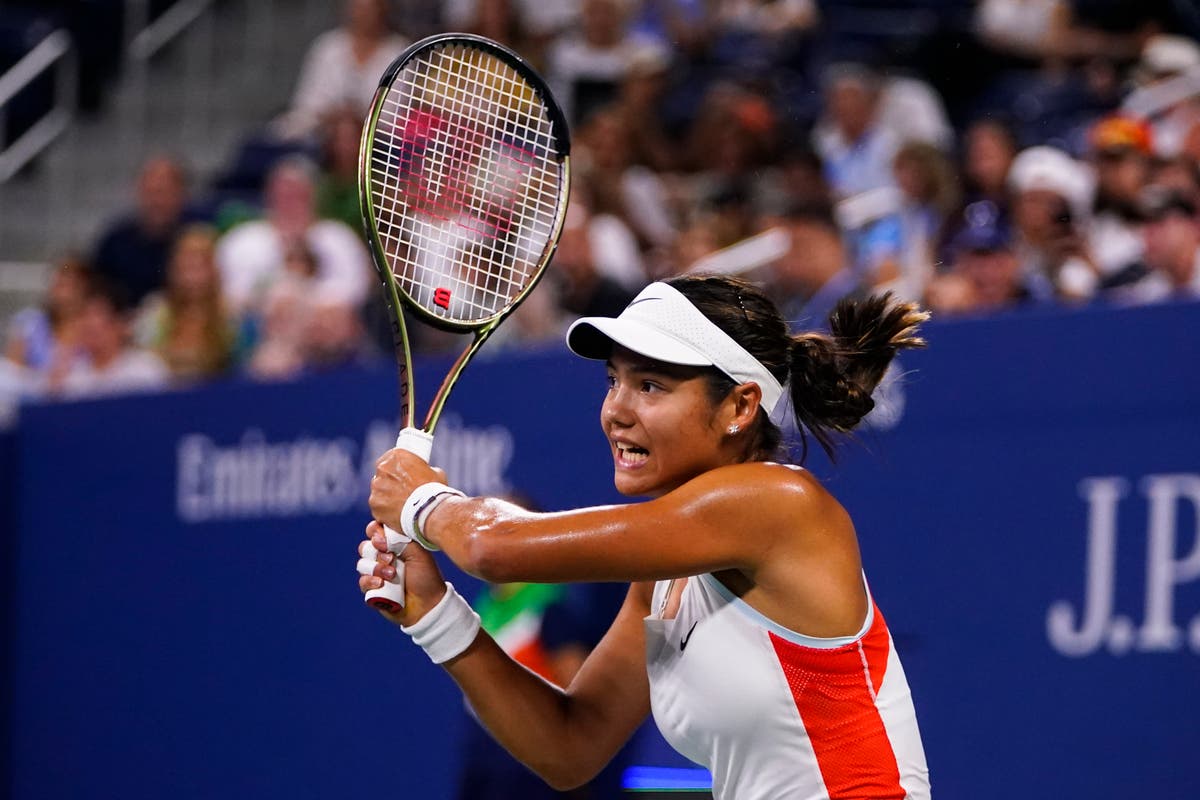 Emma Raducanu’s US Open title defence ended at the first hurdle with a straight-sets loss to veteran Frenchwoman Alize Cornet.

Raducanu will drop to around 80 in the rankings but, although she would certainly have wanted to go further, there may be a sense of relief that this moment is over and she can attempt to build more solid foundations for her tennis career.

Naomi Osaka had been given the primetime evening slot on Arthur Ashe so Raducanu instead began her title defence on a breezy and, initially at least, sparsely populated Louis Armstrong Stadium.

The fans that were inside gave Raducanu a hearty reception as they welcomed back their most unlikely of champions.

Virginia Wade, who watched Raducanu’s success last year with astonishment, was back courtside while the major difference in the Kent teenager’s support camp now is the presence of Russian Dmitry Tursunov, who she is trialling as she looks for a permanent coach.

The wind impacted the contest from the start, with Cornet struggling on serve as Raducanu broke in the first game only to hand it back with errors of her own.

Those errors quickly began to mount up, betraying the tough time Raducanu has had on court over the last 50 weeks, now the hunted rather than the hunter.

The teenager has found it particularly difficult to recapture the same free-swinging approach that left her opponents flat-footed but spoke in the build-up of a determination to be on the front foot.

She had not lost more than five games in any set last year but Cornet came out on the right side of three successive breaks to lead 5-3 in the opener and showed excellent powers of defence to clinch the set.

The Frenchwoman revealed in January she was considering retiring at the end of 2022 but it has been one of the best seasons of her career, with a long-awaited first slam quarter-final in Australia before she ended Iga Swiatek’s 37-match unbeaten run at Wimbledon.

She will now continue until at least the French Open next year, and, playing in a record 63rd grand slam, this was just the sort of occasion she relishes.

Raducanu took a medical time-out to have blisters on her fingers attended to and dropped serve again to start the second set.

Cornet was giving away plenty of free points through double faults, though, and, with the Frenchwoman unhappy to see the roof closing during play, Raducanu reeled off three games in a row.

But she could not hold onto the advantage, Cornet breaking back with the wickedest of drop shots and pulling away to claim victory.