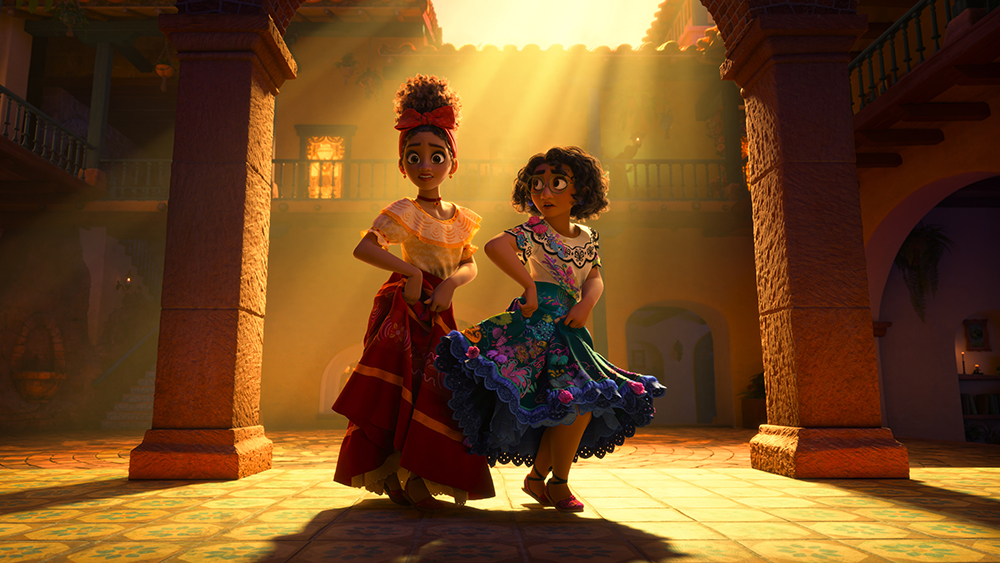 The music of “Encanto” is casting an enchanting spell that’s hard to break. The soundtrack album is No 1 on the Billboard 200 for a seventh week, while the song “We Don’t Talk About Bruno” has landed a fifth week at No. 1 on the Billboard Hot 100.

Those positions have remained safe because it’s such a slow season for major new releases. No songs debuted in the Hot 100’s top 10 this week, and fresh action is almost as scarce on the album chart. Only one fresh long-player, Yeat’s “2Alive,” bowed in the upper ranks of the Billboard 200, debuting at No. 6 with a modest 32,000 album-equivalent units.

That was just a fraction of the figure that kept the “Encanto” album on top. It endured with 90,000 album-equivalent units. The No. 2 album didn’t manage even half that amount. Gunna’s “DS4Ever” held onto the runner-up place with a mere 41,000 units.

Thee may be nothing new about “Encanto” topping the chart again at this late date, but at least every week Billboard has a new stat to tout about the staying power of the Disney soundtrack. This week, it’s that the album now has enjoyed the most weeks at the top since Morgan Wallen’s “Dangerous: The Double Album” was lodged at No. 1 for 10 weeks in January, February and March of 2021. Billboard further notes that if you go back five years instead of just one, it’s in third place for longevity at No. 1, trailing not just Wallen’s 10 weeks but the eight weeks that Taylor Swift’s “Folklore” spent at the top.

“Dangerous” is of course not No. 1 anymore, but it’s still doing shockingly well for what is practically a catalog album at this point. It’s at No. 3 this week with 41,000 units.’

Also holding court in the album chart’s top 10: the Weeknd’s greatest hits collection at No. 4, followed by Olivia Rodrigo at No. 5, and Drake, Doja Cat, Eminem and Adele at Nos. 7-10.

On the Hot 100, “Bruno” benefitted from having its radio plays keep increasing even as streams dip a bit. The song’s U.S. streams amounted to 29.9 million, down 7%, as its radio spins were up 23% with 7.9 million impressions.

Glass Animals’ long-in-rising “Heat Waves” held onto the No. 2 spot for a second week. Beyond that, there was at least a little movement, as Gayle’s “Abcdefu” rose one spot to No. 3, trading places with the No. 4 “Easy on Me” by Adele.

Kodak Black moved up a spot to No. 5. Justin Bieber, meanwhile, has back-to-back songs in the top 10 — with his collaboration with the Kid Laroi at No. 6 and his solo track “Ghosts” at No. 7. Guess who else has conjoining hits? Ed Sheeran, whose “Shivers” and “Bad Habits” are at Nos. 8-9. Bringing up the rear at No. 10 is Elton John and Dua Lipa’s “Cold Heart (Pnau Remix).”