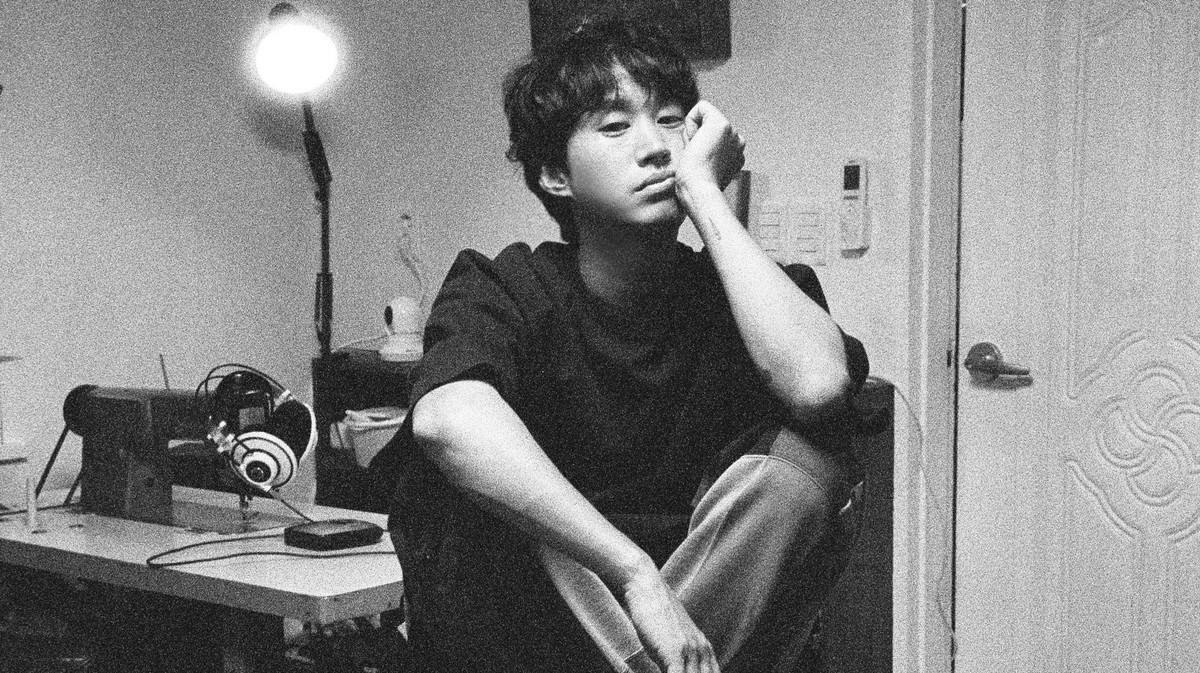 Korean hip-hop star Tablo was at the height of his career when a rumor started spreading on the internet that he was a liar. As a trivial accusation explodes into an international obsession, host Dexter Thomas Jr follows a bizarre conspiracy that asks one fundamental question: Are we who we say we are? From VICE and iHeart Podcast Network, listen to “Authentic: The Story of Tablo,” streaming now.

To many, Daniel Lee needs no introduction. Most would know him as Tablo, the frontman of hip-hop trio Epik High, one of the most popular acts to come out of South Korea. Years before the recent K-pop boom in the West, Tablo and his fellow members, Mithra Jin and DJ Tukutz, were already pulling a global audience.

The group started in the South Korean underground music scene in the early 2000s, and went on to play shows in London, Sydney, New York, and Los Angeles, among other cities around the world. In 2016, they became the first major South Korean act to perform at Coachella. They remain popular today, recently releasing the second part of their 10th studio album, Epik High Is Here (Part 2), and with a planned 29-city North American tour that starts in March. In April, they’ll make their Coachella comeback.

All this would have seemed unlikely just 12 years ago when, at the height of Tablo’s career, a trivial accusation about his past exploded into an international obsession.

Even before Epik High, Tablo had achieved something few people can—he graduated from Stanford University in three and a half years, with both a bachelor’s and master’s degree in English. It’s a credential that went from being an effective hook for his music career, to the center of a national debate about media, politics, and privilege.

Members of an anti-fan club had accused him of lying about his educational background, an allegation that was, or should have been, easy to disprove. But the rumors only grew from there.

“I don’t even know how to introduce myself anymore, to tell you the truth,” Tablo told VICE in an interview for the podcast Authentic: The Story of Tablo. At a studio in Seoul, the musician recalled the controversy that changed his life.

“Nothing I say would be accepted as truth.”

Born in South Korea as the youngest of three children, Tablo and his family moved to Canada when he was in second grade. His parents, he said, did it to secure better education for his older siblings.

“My brother had to literally memorize the entire English dictionary. My dad forced him to, because he had maybe two years to apply to a college, and they wanted him to go to an Ivy League school, which is ridiculous considering he just left Korea,” Tablo said.

He was put under the same pressure. His parents wanted him to go to one of three schools—Harvard, Stanford, or MIT—and then land one of a handful of jobs—doctor, lawyer, professor, “or, like, a Nobel Prize winner.”

On one family road trip across the United States, Tablo’s parents made it a point to visit the Stanford campus. Outside the imposing Stanford Memorial Church, his parents prayed that their youngest son would one day become a student at the university. Years later, their wish was granted.

Tablo left Stanford with his two degrees, then headed back to South Korea to pursue a career in music. Epik High debuted in 2003 and as they grew in popularity, so did the Korean public’s fascination over Tablo’s educational achievement. In fact, it was a huge part of his celebrity—parents saw him as a good role model for their kids, while young people liked him for his rebellious rapper attitude.

By 2009, the group was riding high on success. They had released multiple albums by then and helped establish hip-hop as a genre in South Korea. Tablo wrote Pieces of You, a best-selling book of short stories published in both Korean and English. He also got married.

But it was also in October of 2009 that the rumors started. In the comments section of an article about the group’s sixth album was a comment from the username Whatbecomes:

“Get out of it. Turn yourself in, bastard. Your brother and sister were also screwed. You guys who couldn’t integrate into the Canadian community and were kicked out of middle school, came back to South Korea and lied that you graduated from American universities? How dare you? People who really studied at those privileged schools don’t live like you. You, low life, use your brain before lying.”

Nobody could have imagined that much would become of Whatbecomes’ comment, but just months after it was posted, Tablo’s label received an odd package.

“My label [had] received a Manila envelope with a bunch of documents with conspiracy theories about me, basically a PR packet for why I am a fraud,” Tablo said.

He paid little mind to it, perhaps because he couldn’t imagine how any of it could be taken as true, and because there were more important things at hand—he was soon to become a father. One day, Tablo took to Twitter to let people know that his wife was safe, and that they had just welcomed their first child, a baby girl.

The comment from Whatbecomes had spread, and in May 2010, an online forum dedicated to “uncovering the truth about Tablo” started.

“TaJinYo” is an abbreviation of the Korean phrase, “We demand the truth from Tablo.” It’s also the name of the online forum that began accusing Tablo of faking his credentials.

“[It’s] an ironic name considering that’s not what they wanted. They wanted everything but the truth,” Tablo said.

TaJinYo’s motivations remain murky. Some believe it was started by anti-fans who simply wanted to see Tablo fall, but others insist that the forum really was a pursuit of truth. In a matter of weeks, the forum was getting hundreds of comments a day, with users hell-bent on proving, first and foremost, that Tablo didn’t actually go to Stanford.

Members of TaJinYo weren’t just actively making accusations, they were also looking for things to serve as evidence for their claims. They emailed Stanford professors and students, for example, asking them if they had ever seen Tablo on campus. They demanded Tablo post his transcripts. They even dug up a photo of his diploma to compare it with “real” Stanford diplomas.

Multiple articles from legitimate publications, even one from Stanford itself, and one including Tablo’s transcript, had already come out to prove that his credentials were legit. MBC, a major broadcasting network in South Korea, released a comprehensive documentary on the issue that shows his old professors, administrators, and classmates confirming that Tablo indeed went to the university.

But the evidence did not persuade members of TaJinYo, who were, it seemed, not actually interested in being convinced. To them, mainstream media and hard evidence did not make sense, but their theories did. Whatbecomes even alleged that the media was protecting Tablo because he was part of South Korea’s upper class.

The controversy grew so big, it forced Tablo to stay home because strangers would shout at him in public. “It had gotten to a point where I now had no choice but to fight,” Tablo said. He pressed defamation charges against some of the most egregious hecklers.

“It had gotten to a point where I now had no choice but to fight.”

He also turned to music.

In late 2011, after confining himself to his room and writing songs, Tablo released his debut solo album Fever’s End. It rose to the top of the charts, both in South Korea and internationally.

But the controversy around Tablo had little to do with his music. It was, among other things, an early consequence of internet culture and fake news that stirred up society’s deep-seated angst against celebrity.

It’s now all part of Tablo’s, and Epik High’s, story. The rumor shaped the way others saw him, and the way he sees himself, to this day.

“Some may just see me as a musician. But at the same time, some people see me as this person who went through a lot,” Tablo said. “So I don’t know what Tablo they know or what Tablo they may be interested in. So I just say, ‘Hi, I’m Tablo. And then I let them figure it out.”