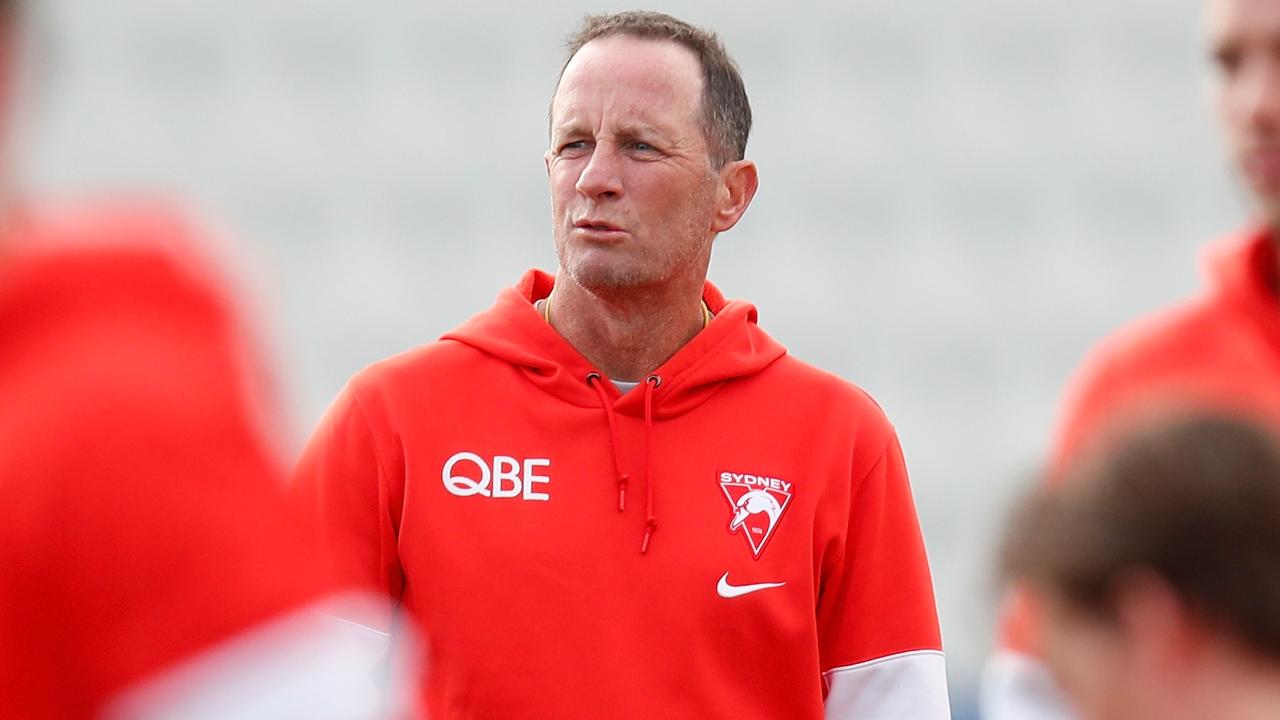 Sydney assistant coach Don Pyke has indicated he is “not pursuing” the vacant Essendon coaching job “at this stage”.

Essendon remains on the hunt for a new senior coach and interviewed a number of candidates this week, one of which was former coach James Hird.

Pyke indicated ahead of Saturday’s preliminary final win over Collingwood he was satisfied with his current job at the club.

“You come across to a club you haven’t been associated with and I’ve been fortunate to join at an exciting time.

“I had a chat to the Bombers, but at this stage, I’m not pursuing that.“

Pyke coached Adelaide to the 2017 grand final, which proved the midway point of his four-year tenure at the club.

The latter stages of his time at the club were marred by the fallout from the infamous Adelaide Crows camp.

Pyke earlier this year apologised for the “disappointing and unacceptable” elements of the camp that left players feeling distressed.

He has become a lauded figure of the Swans’ resurgence since arriving ahead of the 2021 season.

Essendon has been rebuked by a number of former senior coaches so far in its process, with Pyke joining the likes of Alastair Clarkson, Ross Lyon and Leon Cameron.