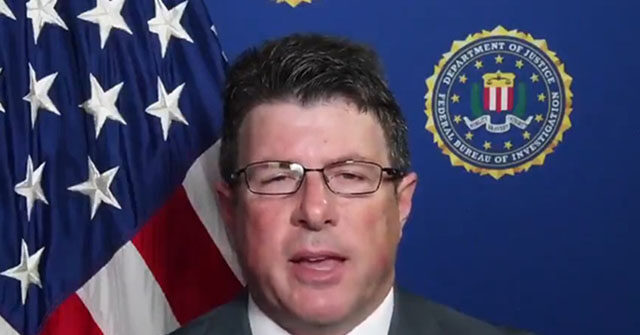 Former FBI official Timothy Thibault, who has faced multiple whistleblower allegations, responded Tuesday to media reports that he left the bureau, saying in a statement through his legal counsel he “voluntarily retired” from his job and denying some allegations leveled against him.

Thibault, who is being provided pro bono services by Morrison & Foerster LLP, confirmed through his counsel that his last day at the FBI was Friday, as reported by several outlets, but clarified that he “was not fired, not forced to retire, and not asked to retire.”

Thibault, who formerly served as an assistant special agent in charge at the FBI’s Washington Field Office, said he “informed his supervisors about a month ago that he intended to retire.”

His exit from the FBI comes in a year when Thibault is being investigated by the Office of Special Counsel for a potential Hatch Act violation after he allegedly displayed political bias, including anti-Trump bias, on his social media, and as he has faced multiple whistleblower allegations.

Sen. Chuck Grassley (R-IA), the top Republican on the Senate Judiciary Committee, brought the political bias allegations to light in May.

In one instance, Grassley noted, Thibault used Twitter to retweet a post from the Never Trump Lincoln Project that read, “Donald Trump is a psychologically broken, embittered, and deeply unhappy man.” In another instance, Thibault allegedly responded in a tweet to Catholic priest Fr. Frank Pavone and Trump to “focus on the pedophiles” after Pavone criticized the impeachment of Trump and praised the former president’s pro-life stance.

The Washington Examiner in May also thoroughly detailed many examples of political bias, purportedly from Thibault’s Twitter account, and noted the same Twitter account quickly became private and blocked the outlet after the bias allegations surfaced.

Thibault’s legal statement noted he is “fully cooperating” with the Hatch Act investigation and “expects to be fully exonerated.”

In July, Grassley sent a letter to both the FBI and Justice Department demanding documentation related to the FBI’s handling of information about Hunter Biden, President Joe Biden’s embattled son.

The letter implicated Thibault, noting that whistleblowers claimed “verified and verifiable derogatory information on Hunter Biden was falsely labeled as disinformation” within the FBI and that, in one instance, “an avenue of additional derogatory Hunter Biden reporting was ordered closed” by Thibault specifically.

Thibault and others also “subsequently attempted to improperly mark the matter in FBI systems so that it could not be opened in the future,” whistleblowers claimed, according to Grassley’s letter.

Thibault’s legal counsel did not directly address Grassley’s whistleblower allegation but stated that Thibault “did not supervise the investigation of Hunter Biden” and that he “was not involved in any decisions related to any laptop that may be at issue in that investigation, and he did not seek to close the investigation.”

The whistleblowers, according to Grassley, noted Thibault and others “didn’t always adhere to agency policies in their supervision of various election-related matters, including campaign finance investigations across multiple presidential election cycles.”

Thibault’s legal counsel wrote, “There have also been allegations that Mr. Thibault took certain actions in investigations for partisan political reasons,” adding that Thibault “welcomes any investigation of these false allegations, regardless of his retirement.”

Rep. Jim Jordan (R-OH), the top Republican on the House Judiciary Committee, also heard from a whistleblower about Thibault, a revelation first reported by Breitbart News in July.

Thibault’s legal counsel did not directly address this allegation in the statement Tuesday.

Grassley revealed during a recent interview on Fox News that FBI Director Christopher Wray had informed him that Thibault was removed from the “decision-making” about which investigations the FBI should pursue.

Hunter Biden is the subject of a brand new narrative film My Son Hunter, marking Breitbart News’s expansion into film distribution. It is available for PRE-ORDER NOW at MySonHunter.com. The film becomes available for streaming and downloading September 7. The trailer has been viewed more than 3.5 million times across social media.