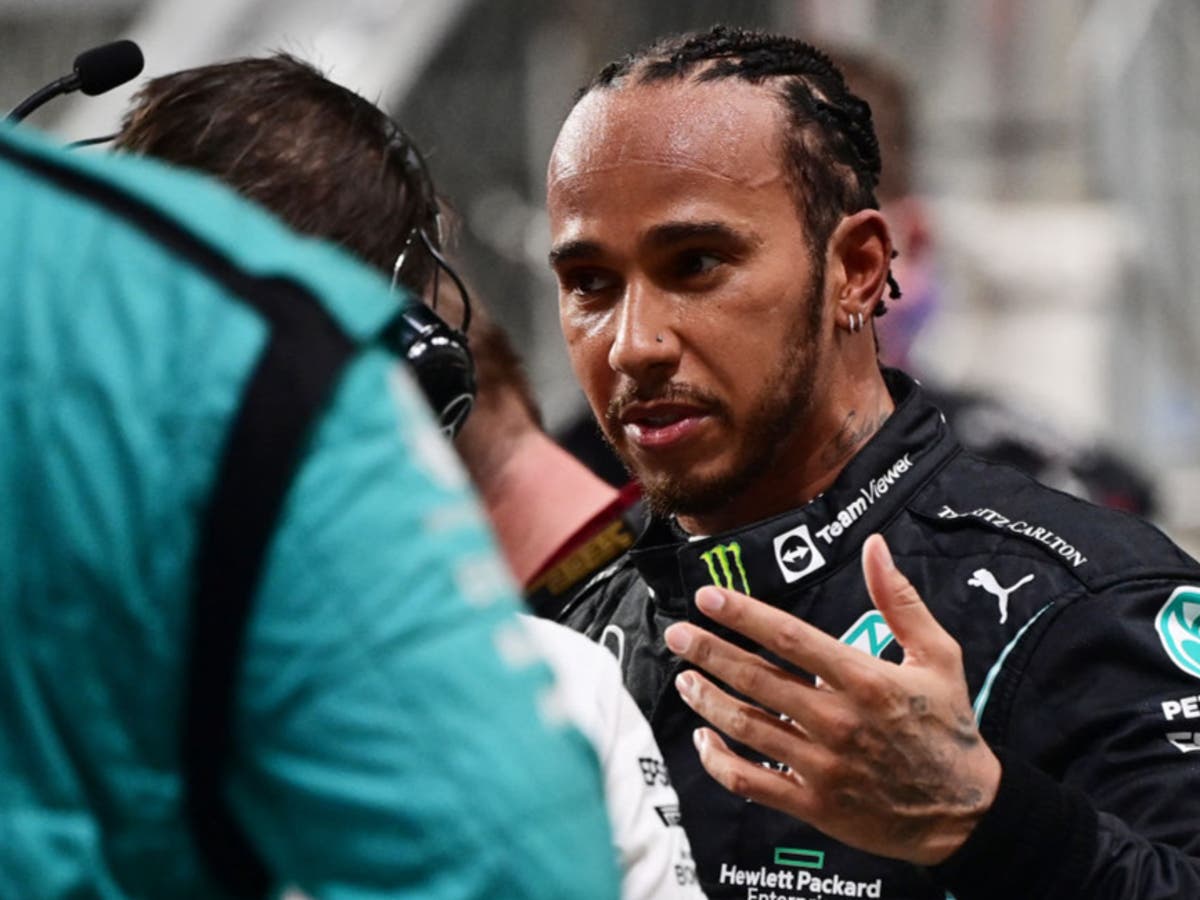 Lewis Hamilton’s future continues to dominant the world of Formula 1 ahead of the upcoming 2022 season.

Hamilton’s 2021 campaign ended in drama and contention as Max Verstappen snatched away the world championship on the final lap of the final race in Abu Dhabi, leading to speculation over whether Hamilton may decide to call time on his storied career rather than continue to chase a record eighth world title. However, a cryptic tweet by Mercedes on the weekend, featuring a picture of Hamilton alongside the message “Adversity causes some to break; others to break records” hinted he would be back for more.

The new season gets under way on 20 March at the Bahrain Grand Prix. This time Hamilton will be joined by a new teammate. Valtteri Bottas is moving on to Alfa Romeo and young talent George Russell is taking up his empty Mercedes seat. Red Bull’s lineup of Verstappen and Sergio Perez is set to stay the same, while Ferrari and McLaren will stick with Charles Leclerc and Carlos Sainz respectively.

Yuki Tsunoda started 2021 well but found consistency hard to come by – and he knows he must improve to retain his spot with AlphaTauri.

The Japanese racer has moved country and embarked on a better pre-season regime in a bid to maximise his chances of success.

“[This year] is going to be a really important year for me,” he told GPFans.

“I don’t know how the pace is going to be for the car in the team, but you need to perform well and, of course, you need to beat the team-mate and you need a more consistent race.

“But now I know the details of what I have to improve and, if I improve this one, I can beat him, beat my team-mate, or have a consistent race.

“These are all of the things, all of the ingredients I saw to go forward. In terms of that, it was a really good preparation year I would say.”

Changes to the car design, the tyre size and the different rules on spending caps in Formula One next season all mean drivers face a real challenge for the new campaign.

That’s the feeling from Ferrari’s Charles Leclerc, who drove several laps in Abu Dhabi after the season finale on the new compounds.

“It’s quite a bit different. This one is basically adapted to fit those bigger tyres on, but apart from that it’s the 2019 car,” Leclerc said, per PlanetF1.

“So it’s going to be big time different, but I think we’ll only know once we put the real 2022 car on track and do the correlation from the simulator to reality.

“It makes it quite tricky. It’s challenging for us drivers, and I think it will be more challenging next year to drive those cars.

“Overall, it probably has a bit of a bigger window to work; especially in cold conditions, it feels quite good.

“But it’s also quite tricky when you lose the car in the high-speed [corners] especially.”

Lewis Hamilton has sold his personalised Pagani Zonda 760LH, Quattroruote report, netting himself a profit of over £7million in the process.

While the British racer has not made any comment publicly since the end of last season, the move is believed to be related to his “increased environmental awareness”.

“The reasons are in-line with the attitude that the Mercedes champion is taking in terms of ethics: in fact, his cars will be, at a minimum, hybrids,” the report states.

Williams have been awarded $35.7 million (£26.3m) in an arbitration case after a dispute with former title sponsor ROKiT.

The case in the United States comes after the pair joined forces in 2019 on a three-year contract, while quickly extending the partnership to 2023 later that year.

But after the 2020 season was delayed due to the Covid pandemic, the pair split.

As reported by MotorsportWeek.com, Williams won the case against ROKiT at a London Court of International Arbitration tribunal in 2021, ordering ROKiT to stump up “roughly £26.2m in missed payments, as well as a $1m in bonus payment.”

Arbitrator Klaus Reichert SC has now ruled in favour of Williams, stating that ROKiT did not pay the money owed to Williams, meaning the matter is now settled and the Grove outfit can concentrate on the 2022 season, with the outstanding sponsorship money now due soon.

“The way he [Verstappen] drives, the thing that I find most impressive…[if] there’s a gap, he goes for it, it’s not even a doubt,” Coulthard told Channel 4.

“I used to weigh up ‘should I risk it now, should I not risk it’, he just goes ‘I can see the biscuit’ he risks it for the biscuit, he just goes, it really is quite special.

“I guess it’s positive for F1 that everyone is chiming in, that there’s so much passion for either side, Lewis or Max,” Johansson told F1i.com. “Whether it’s intentional or not, the entertainment value of this controversy has gone through the roof.

Alfa Romeo are well-placed to embrace the changed rules within Formula One next season and it’s the bigger teams who may struggle to come to terms with the altered financial landscape, says Fred Vasseur.

“I think it’s a nice project to start from scratch with the cost cap,” the team principal told GPFans.

“It’s even a bit more than just a change of chassis and the fact that you have to develop the car on the other cost cap, it’s a complete change of mentality and approach.

“For the big teams, I think it’s an extra challenge,” he added.

“For us, we have also to anticipate the fact that if we keep this path, in two or three years we will be at the cost cap.

“Now you have to be focused on efficiency. It’s a big change of mindset for a company, but it’s a good challenge, a nice one.”

Lando Norris backs Ferrari for podiums and wins in 2022

Lando Norris expects a surge from Ferrari in 2022 with more podium contention and even a few victories.

Norris believes the power unit will help the Scuderia after a year battling with McLaren for third place.

The British driver finished between the Ferrari drivers, ahead of Charles Leclerc in P6 and behind Carlos Sainz in P5.

“The progress they’ve made in the latter part of the season has had nothing to do with the car,” Norris said, as quoted by Marca.

“They have only improved their power units. I don’t think they’ve ever had a terrible car.

“Even in the last few years, I don’t think they’ve had a terrible car. They just lacked on the engine side.”

The Alpine driver is thrilled at how the sport has transcended the hardcore fan market to gain in popularity.

“There are things being tried, the races were interesting and there are definitely opportunities these days.

“It’s just crazy until the last lap. This last lap [of 2021] actually sums up the entire season well.

“Everyone is talking about Formula 1. Friends of mine weren’t really interested and are now fully involved. It’s great.”

In a statement, Aston Martin said: “Otmar Szafnauer has left the company and his role at Aston Martin will be managed within the leadership team until a replacement is appointed.

“We would like to thank him for the service provided to the team over the past 12 years and wish him well for the future as he will undoubtedly take on new challenges.

“Fortunately, we are led and managed by a strong group of individuals, and we are comfortable to take a little time to explore options before announcing a new team structure.

“The focus of the team is currently on preparing the most competitive car possible for the start of the 2022 season.”

While Szafnauer has not announced his next move, he denied reports last season linking him with Alpine.