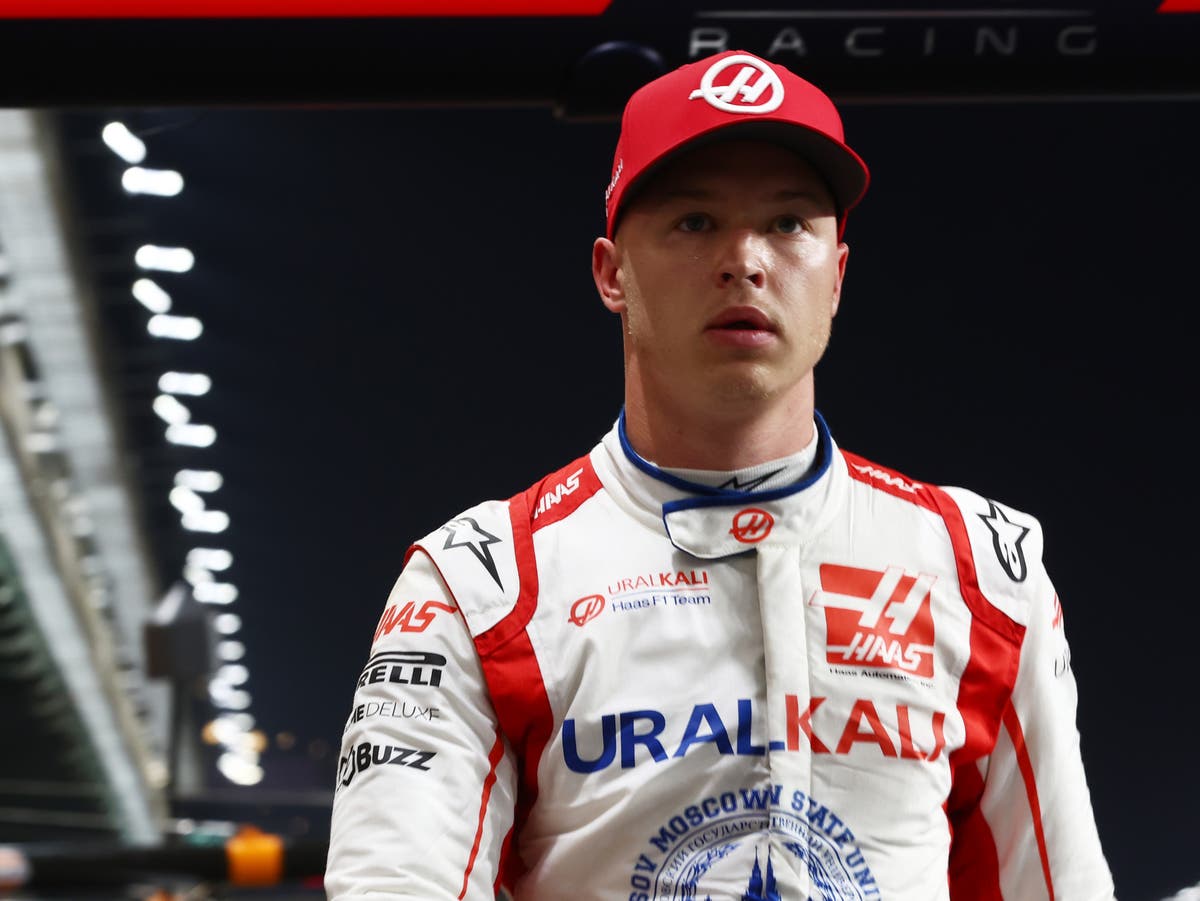 Formula One will not be returning to Sochi after terminating their contract for the Russian Grand Prix and stating “Russia will not have a race in the future”, while F1’s only driver from that country, Nikita Mazepin, has been barred from the British Grand Prix this year. He has been allowed to remain involved with Haas by the FIA, but he will compete under a neutral flag.

Big news on Thursday came with reigning champion Max Verstappensigning a new contract with Red Bull, keeping him with the team until 2028. He still had two years to run on his existing deal, but the new paycheck bumps him up to around £40m a year – roughly on par with Lewis Hamilton of Mercedes. Team principal Christian Horner hailed the agreement as a “statement of intent” ahead of the 2022 season, which starts in Bahrain later this month.

Aiming to retain the drivers’ championship this year will be Hamilton and his new team-mate George Russell, with Mercedes chief Toto Wolff making clear he blames the FIA for the failings of former race director Michael Masi last season. Follow all the latest news and reaction below.

Drive to Survive review: F1 fans will be gripped by a series still way ahead of the pack

Speaking of Drive to Survive, our Sports Feature Writer Vithushan Ehantharajah has taken a look at what to expect from season four and, fair to say, it is an absolute sledgehammer of high-impact viewing:

“Barely a minute into season four of Drive to Survive and we’re all in. A compilation of crashes, expletives, explosions and wry smiles from some of the most recognisable faces on the planet, grimaces and sharp-tongued utterances from some of the richest people. The retelling of one of the most remarkable campaigns in all of sport has not even begun, and yet already the compulsion is to tell it to shut up and take our money.

“On Friday, 11 March, Netflix will throw open the doors of Formula One’s 2021 season with the expectation that it will break the records set by the previous three. To have bared real-time witness to the rollercoaster that culminated in Max Verstappen’s maiden title in remarkable fashion was to have watched something very special. And throughout a year where the narrative turned just as sharply as the cars on the track, the anticipation of the newest offering of Drive to Survive was almost too great to comprehend.”

One of the many interesting snippets to come from the forthcoming Drive To Survive series, following F1 throughout last season, also involves Haas and Nikita Mazepin’s father Dmitry.

He is the owner of Uralkali, the main sponsor for Haas in 2021, but racefans.net report on how he threatened to pull his funding for the team if they didn’t switch chassis between Nikita’s car and team-mate Mick Schumacher.

At the Spanish Grand Prix he told the team that they had to “switch the cars” because “everybody knows that someone has an advantage,” after the Russian constantly finished behind his German counterpart.

“If it doesn’t change, I will send an official letter that we stop financing and stop racing. It will be a huge problem with the money,” he said.

Haas to confirm they have ‘separated’ from Nikita Mazepin

Nikita Mazepin is, by the FIA’s official ruling, allowed to compete in Formula One this year – albeit under a neutral flag and with his father’s company, Uralkali, having been removed from the team’s livery branding.

The relationship between driver, sponsor and F1 team has been an uneasy one and events in Ukraine seem to have led to a total parting of the ways, with Sky Germany reporting that Haas have “separated” from Mazepin and reserve driver Pietro Fittipaldi will take over for testing in Bahrain.

He would then be Mick Schumacher’s new team-mate for the season if no further changes are made for the long term, with the Brazilian-American having raced twice at the end of the 2020 season.

Mazepin failed to land any points last season, in what was his debut campaign in F1.

Max Verstappen has been hailed as the best driver in Formula One following the announcement of his extraordinary £200milllion deal with Red Bull.

The five-year contract extension, which could earn Verstappen as much as £40million-a-season, is arguably the most lucrative in F1 history, and will see the world champion remain at Red Bull until the end of 2028.

Verstappen’s current contract, worth around £20m-a-year, was due to expire at the end of next season. But the Dutchman, 24, has been rewarded for beating seven-time world champion Lewis Hamilton to the title.

“To have Max signed with Red Bull through to the end of 2028 is a real statement of intent,” said team principal Christian Horner.

“Max was the outstanding driver of last year. He was the world champion and mentally it takes that pressure off. He has that first tick in the box, but I don’t think anything will change in the way he goes racing.

“He will give 110 per cent, and with new engine regulations for 2026 we wanted to make sure we had the best driver on the grid secured for that car.”