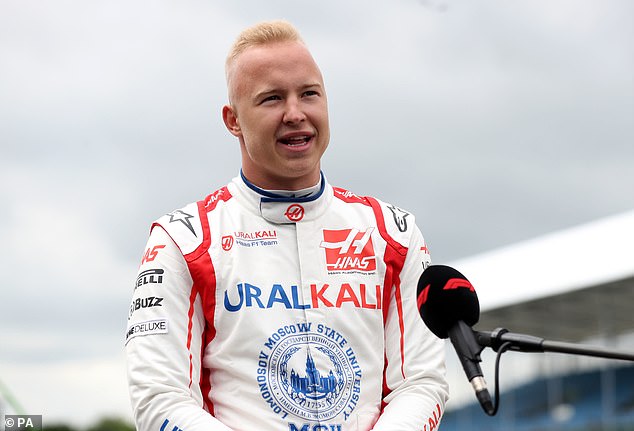 Nikita Mazepin has been dropped by Haas ahead of the new Formula One season according to reports.

The Russian driver’s seat has been under much scrutiny since his country of birth invaded Ukraine, despite the FIA giving him the go-ahead to compete under a neutral licence.

However, with the new season just a couple of weeks from getting underway, it Sky Sports Germany are now reporting he has been replaced by Pietro Fittipaldi as Mick Schumacher‘s new team-mate.

As part of dropping the 23-year-old, it also paves the way for also dropping the team’s main sponsor, from Russia, in Uralkali the report adds.

Reserve driver Fittipaldi is now likely to step up and replace him, with the grandson of two time world champion Emerson Fittipaldi looking to add to his two races for the team from the back end of the 2020 season.

He could be back behind the wheel as soon as next week for the final pre-season test at the Sakhir Circuit in Bahrain.

Mazepin, who scored zero points in his debut season with the team last term, saw his future in F1 look bleak once pressure on sport to cut ties with Russian affiliation increased, but his future was given a slight boost this week when after an FIA meeting, the motorsport governing body gave permission of any Russian or Belarusian drivers to compete under a neutral flag.

In response, Motorsport UK, chaired by David Richards, decided to expel all Russians from competition – effectively banning Mazepin from competing at the British Grand Prix at Silverstone this year.

Haas removed branding of the Russian chemical company for the final day of testing in Barcelona last week.

He rang Richards from Mexico on Monday night to voice his opinions and he is aghast at the FIA’s wishy-washy response to the global crisis, which allowed Russian drivers to compete under an FIA banner.

Richards, who is a former boss of Jenson Button’s BAR Honda team, said: ‘It is our duty to use whatever influence and leverage we might have to bring this wholly unjustified invasion of Ukraine to a halt.

‘We would encourage the motorsport community and our colleagues around the world to fully embrace the recommendations of the International Olympic Committee and do whatever we can to end this war.’

Other motor racing governing bodies, including Ireland’s, have fallen in line with the British position.

One marshal who officiates at races said: ‘I was devastated when I heard the FIA refused to say anything meaningful about Russia and I cried in delight on hearing what Motorsport UK has done.’

But Bernie Ecclestone, 91, who established a grand prix in Sochi, now cancelled, and is a friend of Russian President Vladimir Putin, said: ‘It was absolutely the right decision by the FIA. If there is a Russian driver in F1, what does it have to do with Russia fighting a war? There is no relationship there.’

Meanwhile, Formula One has cancelled its contract with the Russian Grand Prix.

The decision comes six days after this year’s race, due to take place in Sochi on September 25, was pulled from the calendar.

F1 bosses announced only last June that an agreement had been reached to move the Russian round to Igora Drive, 40 miles north of St Petersburg, from 2023.

But following the country’s invasion of Ukraine, the sport has moved to scrap the race altogether.