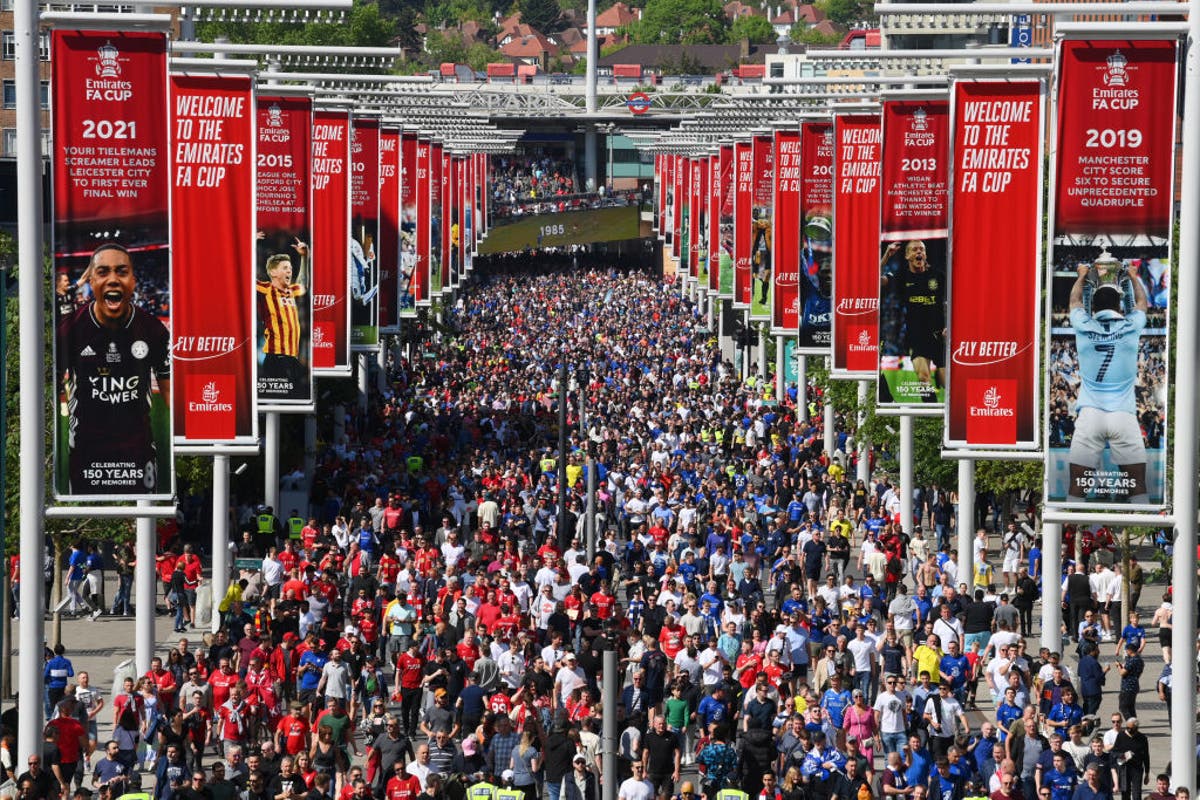 Follow live build-up to the FA Cup final as Liverpool face Chelsea in what promises to be another Wembley classic. It has been less than three months since the sides last met in a cup final, as Liverpool prevailed on penalties to win the Carabao Cup and set in motion their quest for an unprecedented quadruple. It remains a possibility for Jurgen Klopp’s side, even if Manchester City are closing in on the Premier League title, but Chelsea and Thomas Tuchel will be out for revenge as they aim to win the competition for the ninth time.

Chelsea will also be desperate to avoid becoming the first team in FA Cup history to lose three consecutive finals, after they were beaten by Leicester and Arsenal in 2021 and 2020 respectively. Tuchel has guided the Blues to the final despite the uncertainty that was hanging over the club following the sanctioning of Roman Abramovich, and the era of Todd Boehly’s ownership now has the chance to start with a further trophy.

Liverpool, meanwhile, have not appeared in an FA Cup final since 2012, where they lost to Chelsea, and you have to go back to their Steven Gerrard-inspired win in 2006 for their last triumph in this competition. These are different times under Klopp, however, but as their bid for multiple titles this season approaches its climatic end, the stakes also become higher. Follow live coverage of Chelsea vs Liverpool in the 2022 FA Cup final, below:

The warm-ups are done and it’s almost time for kick off. Which way is this one going to go?

All three meetings between Chelsea and Liverpool have ended in draws this season with Liverpool winning the Carabao Cup following a penalty shootout.

Are we heading for a similar scenario this afternoon?

Liverpool’s manager Jurgen Klopp says his players need to enjoy playing in a ‘special game’ at Wembley but rues the schedule that will cut short any celebrations if the Reds were to win the trophy today. He said:

“It’s a busy season, but it will never happen that the FA Cup is just a normal game. It’s a special game and, for some, the biggest in their career. We want to enjoy it and deliver for our people.

“We couldn’t celebrate the Carabao Cup because we played three days later. If we win FA Cup it’s the same. We had a parade with Dortmund when we won the cup. It was big. Now we play Southampton instead of a possible parade.

“I’ve never won the FA Cup before and most of my players have never won it before. We are really looking forward to this opportunity.

“The boys worked their socks off to arrive here, with all the different challenges over the year.

“It’s now a massive final for us and I’m really happy we are part of it. We always gave our all to arrive to the final [previously], we just didn’t make it.”

The supporters arrive at Wembley

There is expected to be 90,000 fans arriving at Wembley to watch the FA Cup final live this afternoon with millions more watching the tv broadcasts.

It’s a stark contrast to the previous two editions when the 2019 final was played behind closed doors and the 2020 final had a limited capacity of 20,000 due to the coronavirus pandemic.

Thomas Tuchel spoke to BBC Radio 5 Live ahead of kick off and explained his delight in choosing to start Mateo Kovacic in midfield today.

“It was nice [to pick Mateo Kovacic], I couldn’t believe it but he trained yesterday. He wants to play.” he said. “We take the risk and see if it works in the match.

“There was no need to change up top. Why break the rhythm? You don’t need to lift anyone for a cup final. We are close to the stadium, we see the arch every day.

“We want to win in yellow today.”

Sadio Mane has six goals in 16 appearances against Chelsea, while Mohamed Salah has scored four in 14. How important will this two be for Liverpool’s chances today?

Mane on what winning the FA Cup would mean

Sadio Mane has been speaking about the determination in the Liverpool dressing room to win the FA Cup today and increase the Reds’ trophy haul to two for the season.

“We’ve been talking about it in the dressing room,” he said. “I’ve been asking the boys, ‘When was the last time Liverpool won it?’ I think it was a long time ago. Not only the players, I think all the fans around the world are very excited to win it again.

“Years ago, we won the Premier League, Champions League, so winning the FA Cup will be massive for us, for everyone at the club as well and the fans.

“Like I always say, a final is always special, especially in this season. We know already our target from the beginning is to do everything possible to win all the trophies possible.

“So we have a chance to make another step, so let’s see what’s going to happen because we know we’re going to face a very, very good side. Everything is possible, so we will see.”

Chelsea are the first side to reach three consecutive FA Cup finals since Arsenal between 2000-01 and 2002-03. They lost the previous two against Arsenal and Leicester City.

This will be Liverpool’s 43rd Wembley appearance in total. They have won 21 and lost 15, scoring 55 goals, with Ian Rush (10) having scored the most.

Liverpool have not lost any of the 42 matches this season in which they have scored the first goal of the game – 38 wins and four draws.

Can the Reds go on to lift the FA Cup for the first time since 2006?

Who will win the FA Cup?

Liverpool handed huge boost ahead of the FA Cup final as new stats reveal Jurgen Klopp’s squad have a superior record in finals than Chelsea players.

Here we consider the record of all players likely to appear in this years FA Cup Final and how they have previously got on when playing in major cup finals for club and country in the past.

Looking deep into Football Final Statistics research via OLBG, players in Jurgen Klopp’s squad have an average final win percentage of 62%, while Chelsea is considerably lower at 52%.

However, when it comes to the managers that trend reverses as Jurgen Klopp’s winning record is only 36% compared to 56% for Thomas Tuchel.