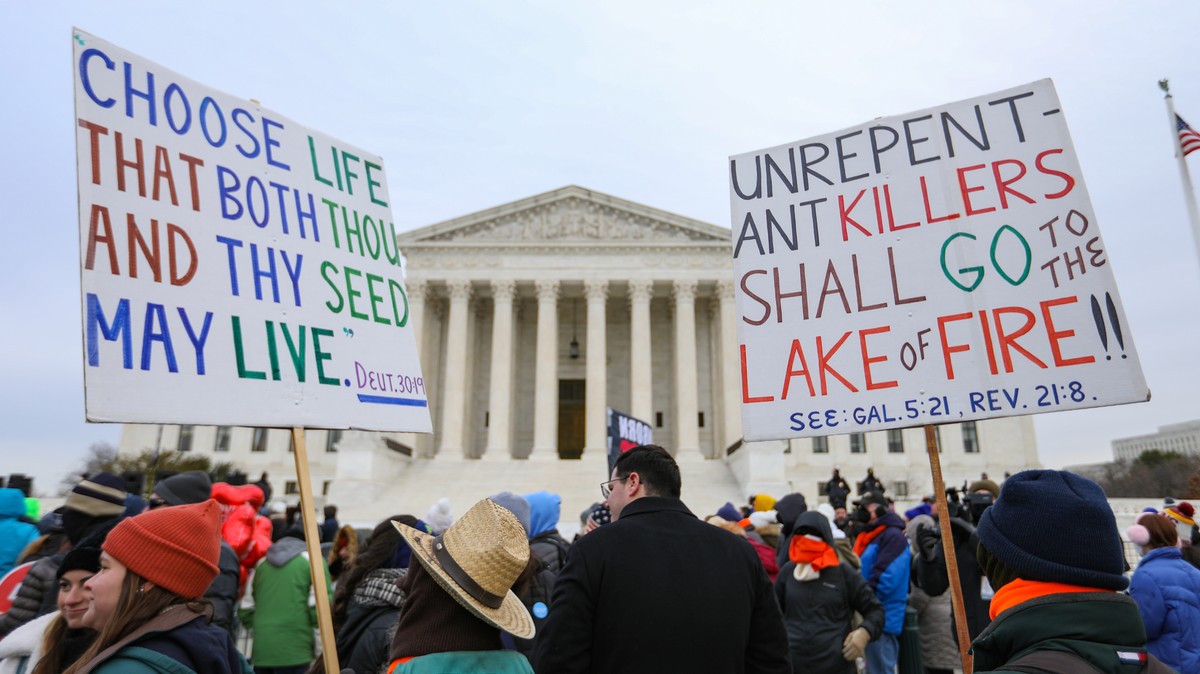 Police found the fetuses after being tipped off to the presence of potentially biohazardous material in Lauren Handy’s home in Washington, D.C., according to the outlet. The report arrives just one day after the Justice Department announced that it had indicted Handy, along with eight other people, on federal felony charges for blockading a D.C. clinic in October 2020.

Handy declined to explain to WUSA9 what, exactly, police had taken from her home. But, she told the outlet, “People would freak out when they heard.”

The indictment alleges that, before the blockade, Handy called the clinic and pretended to be a woman named “Hazel Jenkins,” who needed reproductive health services. She allegedly made an appointment for the morning of Oct. 22, 2020.

Handy, 28, blocked people from entering the waiting room, according to the indictment.

All nine defendants have been indicted for violating the 1994 Freedom of Access to Clinic Entrances Act, which makes it illegal to damage reproductive health clinic property or to threaten, obstruct, or injure someone who wants access to a clinic. They’ve also been indicted for engaging in a conspiracy against people’s rights to seek, obtain, and provide reproductive health services.

If convicted, the defendants could each face 11 years in prison, three years of supervised release, and fines of up to $350,000, according to prosecutors.

Despite the outbreak of the coronavirus pandemic, abortion providers in 2020 reported a rise in vandalism, assault and battery, death threats, and stalking, according to the National Abortion Federation, which tracks violence against providers.