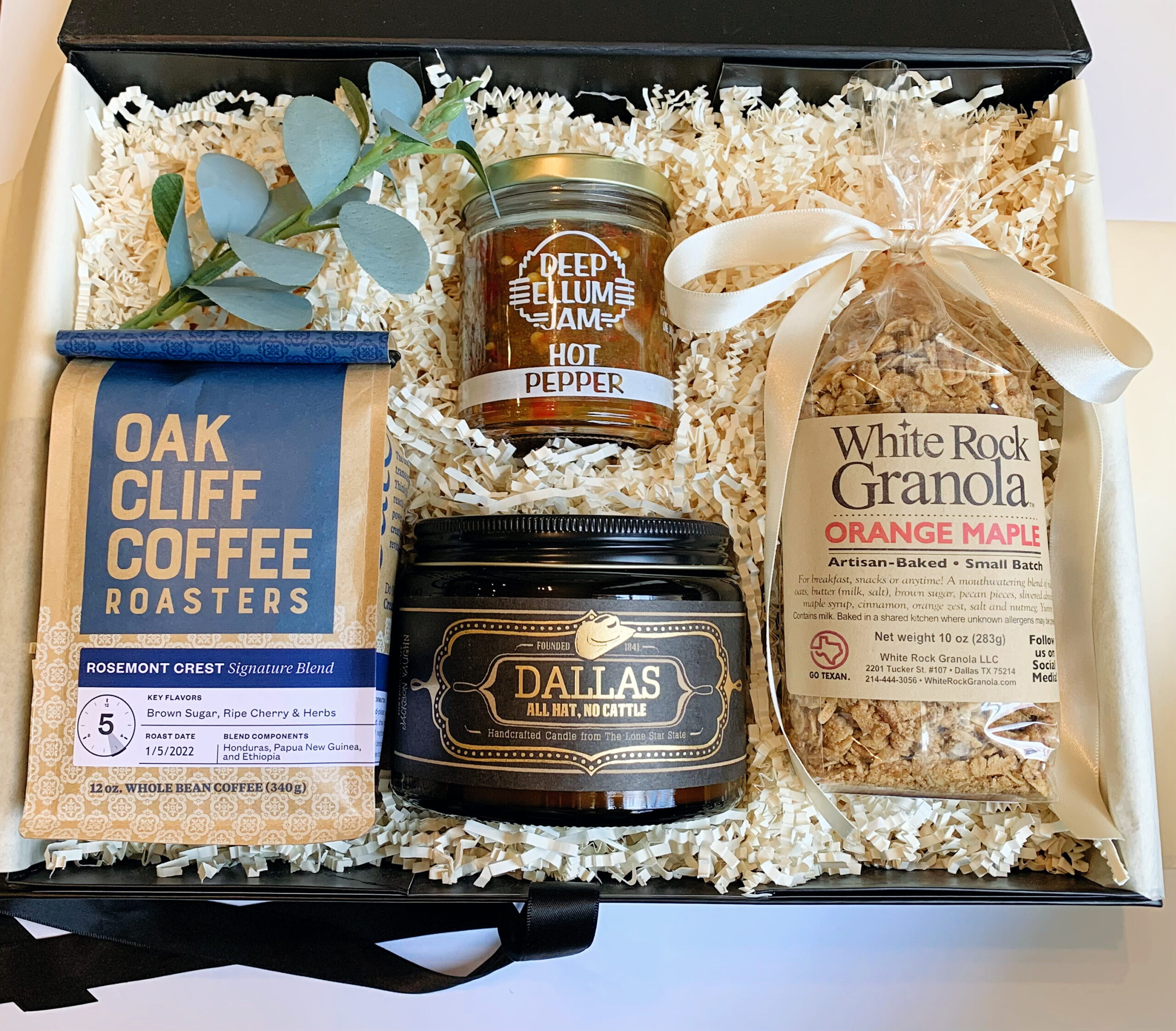 If you give your teacher an apple … they might just quit and start their own gift-boxing company. That’s what Theresa Dickinson did.

She came up with the idea in November 2020, when she reflected on all the thoughtful teacher gifts she had received over the years. Dickinson spent 14 years teaching in San Antonio and Dallas (she moved to North Texas in 2008). During that time, she received plenty of notes and small presents from her kindergarteners and first graders, but she says she loved the handmade and creative presents far more than the gift cards.

“It wasn’t about the price,” she says. “It always meant something when it was meaningful.”

Once, a student gave her “a sweet note” embroidered onto a dish towel. Another time, Dickinson says all the teachers at her school filled out a list of their favorite things at the beginning of the school year. Then, one mom delivered a wooden tray with everything she had listed, including a makeup bag, a blanket in her favorite color, and a tin can with her favorite candy.

“It just brightened my day,” Dickinson says. “It makes you feel so appreciated and just gives you a great feeling.”

She says she tries to emulate that feeling in each of her packs, which she calls A Box of Dallas. “It’s just a little box of what I think could be somebody’s favorite things, like just really unique special things.”

Currently, Dickinson has curated seven boxes, three seasonal boxes, and one housewarming “Welcome Home” basket that are filled with local items—about 75 percent of her products come from producers and stores in Dallas. She describes it as pulling “different parts of Dallas and putting them in the box.”

So her Bits of Dallas box includes Oak Cliff Coffee, a Jackson Vaughn candle, White Rock Granola, and Deep Ellum Jam (she tries to include a snack and a candle in every box). Other boxes include Kate Weiser chocolate, LinenCasa hand towels, and tea from Farmers Lavender Co. in Rockwall.

Whenever Dickinson is considering a new product, she heads to the store, chats with the shop’s employees about it, and then brings it home for her and her family to test. Once it has the family seal of approval, Dickinson will place it in a box, mixing and matching items until she finds the perfect assortment.

Dickinson says when she started the company in earnest last summer—while also googling “how to start a business”—she had this grand idea of A Box of Dallas being a local company supporting local companies. But as her business has grown, and word of mouth has spread across local markets, flyers, and social media—she recently partnered gifting app afloat—about half of her orders are now shipped out of state. The farthest a box has gone is Hawaii, she says. It’s still mostly local folks making the orders, but they’re sending “pieces of Dallas” to loved ones who’ve moved away.

“It makes me feel—I don’t know how to explain it—but excited, like, so excited,” she says laughing. “Especially for the business. I mean, not only for myself, but for the business centers here in Dallas that are getting their name out there more.”

And helping small businesses is at the core of A Box of Dallas. Dickinson says she loves how, in spite of how large it is, the city’s small business community almost has a small-town feel, which she wants to help support.

“That’s kind of why I named it “A Box of Dallas,” she explains. “It was just to keep that Dallas, close-knit community of the small local businesses and supporting businesses while being able to give gifts.”