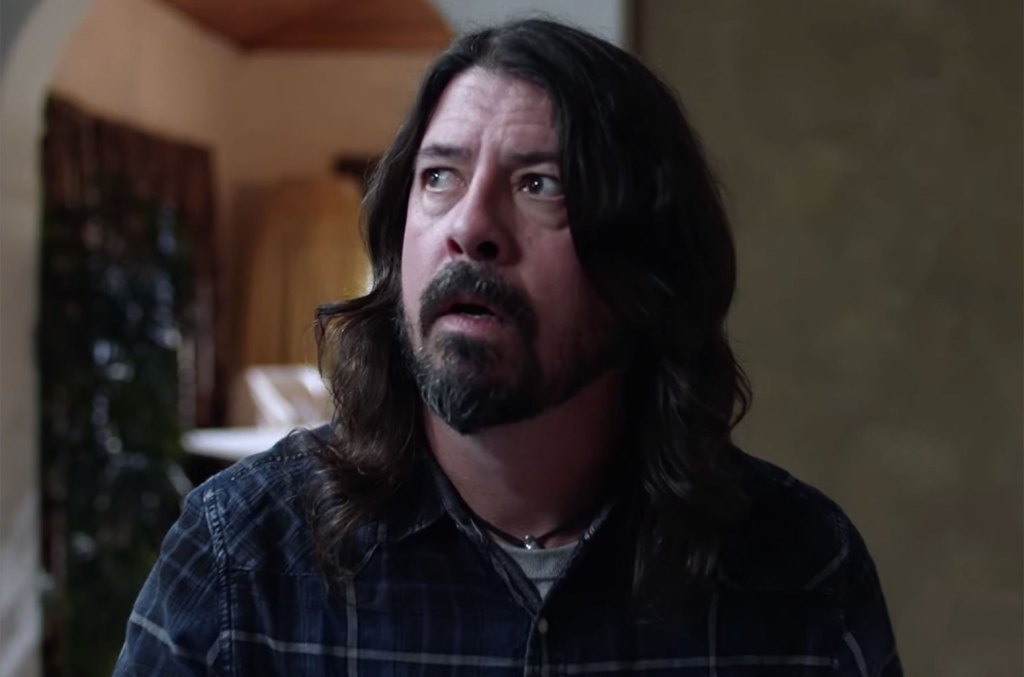 Grohl and his fellow Foo Fighters downed instruments when they stopped by Jimmy Kimmel Live on Wednesday night (Feb. 16) and, instead, were on promotional duties for their upcoming comedy horror, Studio 666.

It was Grohl’s idea, as he explains it, to shoot a film that follows a storyline of “band moves into creepy old house, starts making a record, the house is haunted, I become possessed, I murder the whole band and go solo.”

And who is the worst actor among the band members? Hands up Taylor Hawkins, who apparently struggled to learn his lines.

“It’s not that I’m difficult, it’s that I’m lazy and I’m not much for book learning,” he said, merely piling onto the mountain of drummer stereotypes that has accumulated over time. “It was like, I had a bunch of pages to read.”

Studio 666 is set to hit theaters on Feb. 25 and stars Will Forte, Leslie Grossman, Jenna Ortega, Jeff Garlin, Cummings and more alongside the Foo Fighters as themselves, and an hilarious cameo from Lionel Richie.

How does Grohl fit it all in, asks Kimmel. “I don’t sleep,” is his response. “I’m also possessed by Satan of course.”

Studio 666 follows he band’s real-life 10th studio album, Medicine at Midnight, released in February 2021, and debuting at No. 3 on the Billboard 200 and helping the rockers set a new record for the most career top 10s on the Rock & Alternative Airplay chart.

The project is nominated for best rock album at the upcoming 64th annual Grammy Awards. The band has won a record four times in that category.

Grohl quips that a franchise or sequels has been discussed among the band. But would they recommend such a project to other bands? Not exactly. “We eventually realized we’re the only band stupid enough to do this,” Grohl admits.

Watch the late-night interview below.