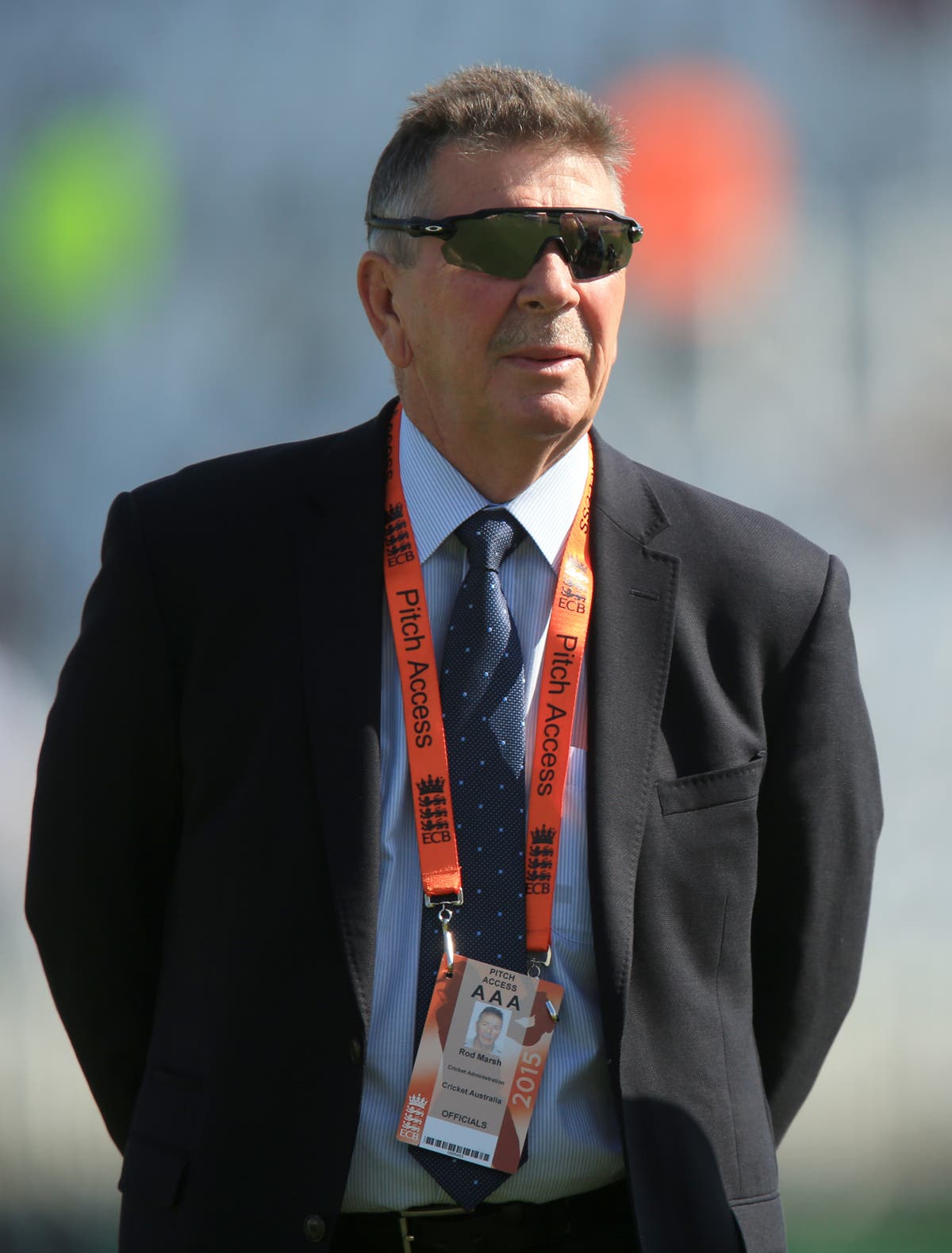 Former Australia wicketkeeper and England selector Rod Marsh has died at the age of 74.

Marsh had been in a critical condition after suffering a heart attack in Bundaberg, Queensland, last week, and died in South Australia’s capital Adelaide on Friday morning local time.

Marsh made 96 Test appearances for Australia and ended his career with a then-record 355 dismissals.

He made a further 92 appearances in white-ball cricket for his country in an international career that lasted from 1970 to 1984.

The news was confirmed by Marsh’s son Paul, who said in a statement: “On behalf of my mother Ros and brothers Dan and Jamie, it is with immense sadness that I advise that my father Rod passed away peacefully early this morning.

“He has been an incredible husband, father and grandfather and we have been so fortunate to have had him in all our lives.”

He said in a statement released by Cricket Australia (CA): “I, along with countless other people in Australia, grew up hearing the stories of him as a fearless and tough cricketer, but his swashbuckling batting and his brilliance behind the stumps over more than a decade made him one of the all-time greats of our sport, not just in Australia, but globally.

“When I think of Rod, I think of a generous and larger-than-life character who always had a life-loving, positive and relaxed outlook, and his passing leaves a massive void in the Australian cricket community.”

““But his legacy has gone way beyond what he achieved on the field,” Allardice said.

“An ICC Hall of Fame inductee in 2009, he played a significant role in developing young cricketers all around the world, including through his time as the inaugural director of coaching at the ICC Cricket Academy in Dubai, a facility that future generations of players from all countries will continue to benefit from. He will be sorely missed and the thoughts of everyone at the ICC are with his family and friends.”

He wrote on Twitter: “Very sad to hear of the passing of Rod Marsh. As a kid he was my favourite player. He was part of one of the most exciting eras in Australian and world cricket. He will be remembered as one of Australia’s greatest ever Test cricket players.

“He was a fierce competitor and a fine sportsman who valued what the game stood for. Rod Marsh was a proud Western Australian and an absolute Aussie legend. My deepest sympathies go to his wife Ros and children Paul, Dan and Jamie.”

CA chairman Dr Lachlan Henderson said: “This is a tremendously sad day for Australian cricket and for all those who loved and admired Rod Marsh.

“Rod will be forever remembered for the way he played the game and the pleasure he brought crowds as a member of some great Australian teams. ‘Caught Marsh, bowled Lillee’ has iconic status in our game.

“Rod also made an enormous contribution to the game by identifying, coaching and mentoring many future stars in his various roles as coach and director at cricket academies in Australia and other cricket playing nations.

“Our thoughts are with Rod’s wife Ros, his sons Paul, Dan and Jamie and the extended Marsh family, his many friends and teammates with whom he created so many special memories.”

“Our thoughts are with his friends and family.”

Marsh’s final Test came against Pakistan in Sydney in January 1984, the same match in which Greg Chappell and Dennis Lillee also bowed out – with the by then familiar refrain of “caught Marsh, bowled Lillee” appearing on the scorecard for the 95th and final time.

Born in the suburbs of Perth in November 1947, Marsh was the younger brother of Graham Marsh, who became a professional golfer and claimed 10 victories on the European Tour.

They had both represented Western Australia in schoolboy cricket, but Rodney rose through the ranks to make his first-class debut with WA against the touring West Indies in 1968.

His international career had started inauspiciously – he was given the nickname ‘Iron Gloves’ after dropping a series of catches during the 1970-71 Ashes series.

But Marsh had earned selection on the basis of his batting, and he became the first wicketkeeper to make a century for Australia with 118 against Pakistan in Adelaide in 1972, while his glovework improved quickly too.

After a spell in commentary, Marsh became head coach of the Australian Cricket Academy in the 1990s, helping develop the likes of Ricky Ponting, Glenn McGrath and Brett Lee.

But he was lured to England in 2001, first as head of the national academy and then also as an England selector from 2003 to 2005 – helping secure the famous Ashes victory of 2005 against those great talents he had nurtured for his homeland.