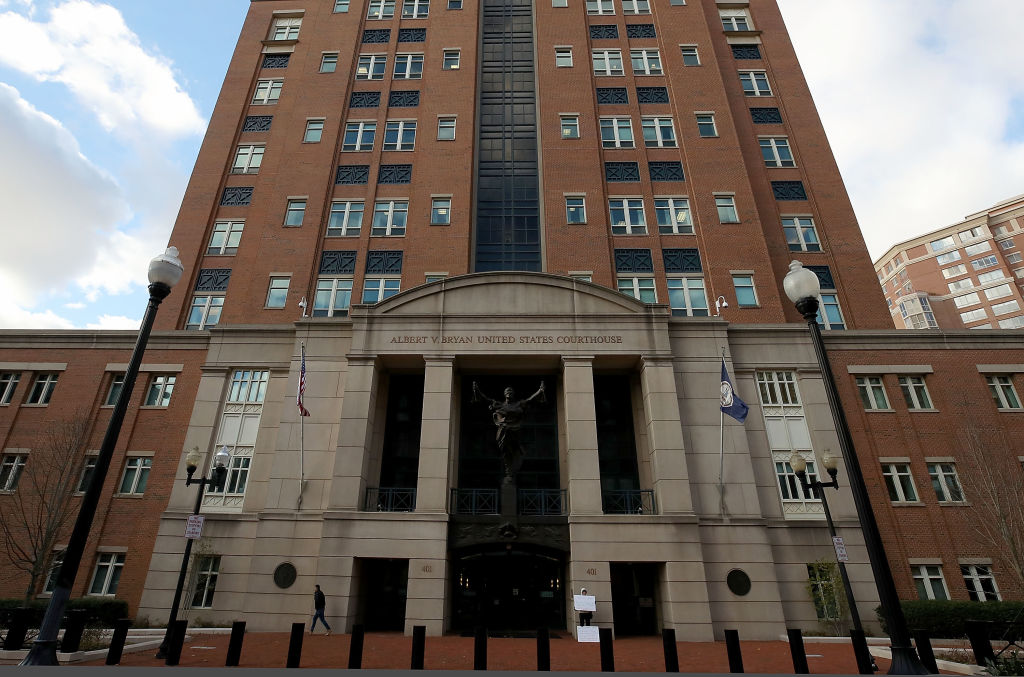 A former Kansas schoolteacher has been arrested and charged with leading an all-female ISIS battalion in Syria over the past decade.

Allison Fluke-Ekren, a 42-year-old U.S. citizen, was charged with providing and conspiring to provide material support or resources to a foreign terrorist organization, the Department of Justice announced Saturday, noting her leadership role in the ISIS faction Khatiba Nusaybah.

The details of Fluke-Ekren’s involvement with ISIS were unsealed by federal prosecutors Saturday after she was taken into custody by the FBI and transferred to Virginia; the criminal complaint against Fluke-Ekren dates back to 2019, but she was only recently apprehended in Syria.

“Fluke-Ekren’s alleged ISIS-related conduct includes, but is not limited to, planning and recruiting operatives for a potential future attack on a college campus inside the United States and serving as the appointed leader and organizer of an ISIS military battalion located in Syria, known as the Khatiba Nusaybah, in order to train women on the use of automatic firing AK-47 assault rifles, grenades, and suicide belts,” the detention memorandum against Fluke-Ekren states.

One of the government’s witness said that on a scale from 1 to 10, Fluke-Ekren’s level of radicalization was “11 or a 12.”

According to the Justice Department, Fluke-Ekren — a.k.a. “Umm Mohammed al-Amriki,” Umm Mohammed,” and “Umm Jabril” — first left the U.S. for Egypt in 2008. After a few years there and in Libya, Fluke-Ekren was “smuggled” into Syria in 2012 “because, according to one witness, the terrorist organization Ansar al-Sharia was no longer conducting attacks in Libya, and Fluke-Ekren wished to engage in violent jihad.” While Fluke-Ekren spoke about “her desire to conduct an attack in the United States,” specifically at a shopping mall, she had not traveled back to the U.S. since 2011.

The Washington Post reports that Fluke-Ekren’s husband also traveled with her and became an ISIS sniper before he was killed in an airstrike. She then wed an ISIS drone expert who also died, and then she married a military leader in Raqqa, Syria. Following that marriage, Fluke-Ekren was given her own all-female battalion, where she trained over 100 women and young girls.

“The members of Khatiba Nusaybah were instructed on physical training (including martial arts), medical training, Vehicle-Borne Improvised Explosive Device (VBIED) driving courses, religious classes, and how to pack and prep a ‘go bag’ with rifles and other military supplies. According to eyewitness accounts, some of these classes were taught by Fluke-Ekren,” the detention memorandum added.

“One witness observed that the leaders of ISIS and the other members of the military battalion were proud to have an American instructor. According to multiple witnesses who are prepared to testify in this case, Fluke-Ekren also trained children on the use of AK-47 assault rifles, grenades, and suicide belts.”

Fluke-Ekren will make her first appearance at an Alexandria, Virginia courthouse on Monday. If convicted, she faces a maximum penalty of 20 years in prison.