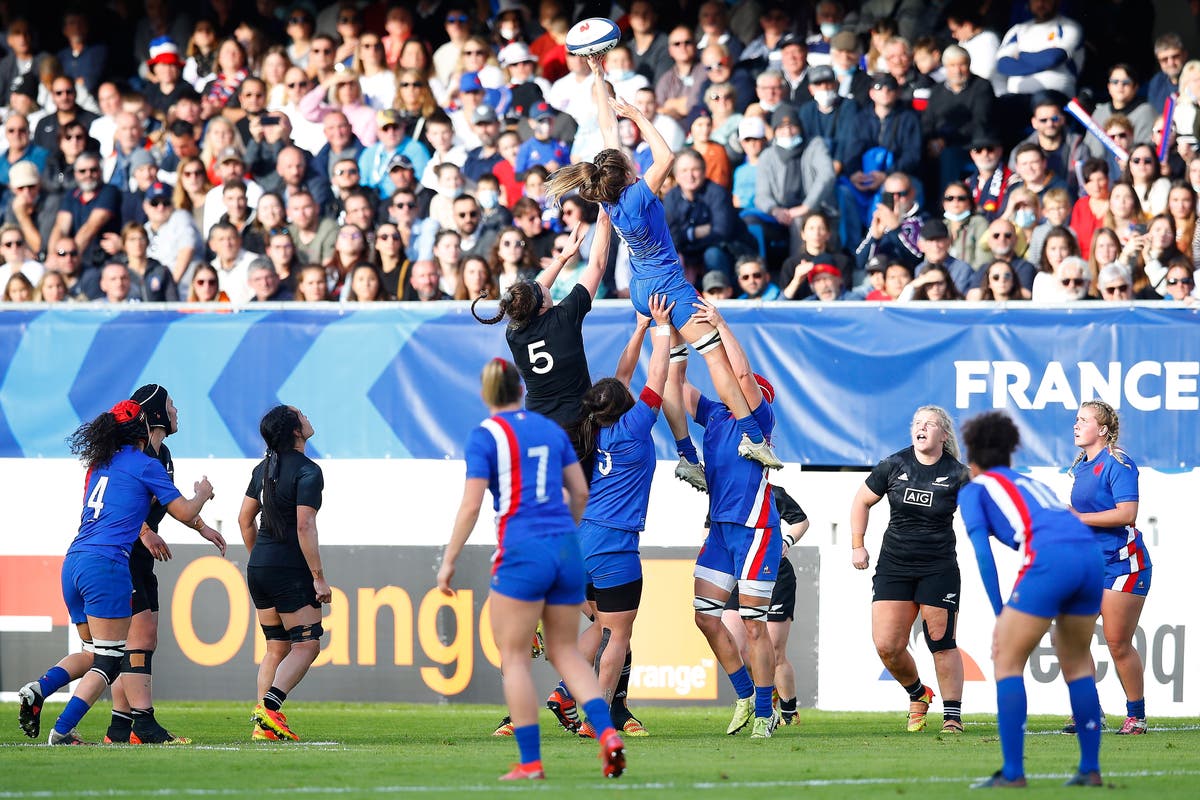 France will host Italy in the Women’s Six Nations on Sunday and they will hope to get their campaigns off to a perfect start.

France will hope to finally overcome England in the tournament after such dominance from Simon Middleton’s side. But it seems the French are the favourites to win, in Middleton’s opinion at least.

The coach refused to say the Red Roses would take the trophy as the French so strong in the autumn internationals that he can’t count them out.

He said: ”France demonstrated against black ferns [when they beat New Zealand last autumn]what qualitative side they have.

“We beat them maybe 10 times on the rebound, but I think about seven of those games were by less than a score. And three of them went down in the last game of the match. And they missed a few games, absolutely missed a few games. So every day there is nothing between us.”

But are they likely to beat Italy? Here’s all you need to know.

The match will kick-off at 3pm on Sunday 27 March.

The fixture will be available to watch on the BBC iPlayer.

France are without some of their key players in Caroline Boujard and Pauline Bourdon but they still have an abundance of stars. Caroline Drouin starts at fly-half with her half-back partner named as Alexandra Chambon. In the forwards Romane Menager, captain Gaelle Hermet and Emeline Gros make up the back-row.

Meanwhile, for Italy, they also have familiar faces in their ranks as captain Manuela Furlan starts at full-back. Aura Muzzo and Maria Magatti are named on the wings and Sofia Stefan starts at scrum-half. In the forwards Gaia Maris, Melissa Bettoni and Lucia Gai make up the front row.

And they can also call for experience from the bench as Sara Barratin, who became the first Italian woman to reach 100 caps last year, is named as a replacement.

France are the other team, as well as England, who could take the title this year but they face tough opponents in Italy. The Azzurri will be looking to equal, if not beat, their best ever finish of second in 2019. However, France will have the home advantage to overcome their rivals. France 45-15 Italy.