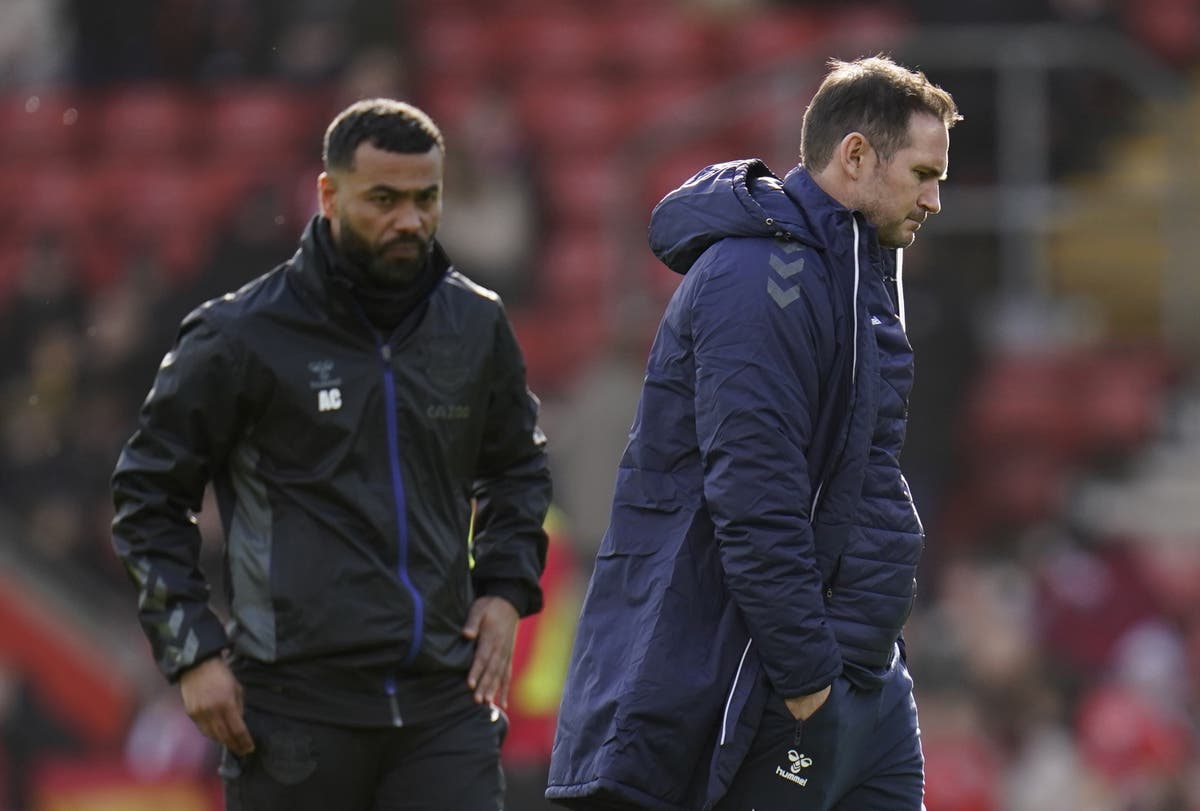 Everton manager Frank Lampard does not expect a friendly welcome from Tottenham’s fans as a former Chelsea player – but he believes it will be worse for assistant coach Ashley Cole.

Rivalries will be renewed on Monday night when Lampard and former Arsenal defender Cole arrive in north London.

It is nothing Lampard cannot cope with, however.

“I don’t expect a good reception – but speaking to Ashley Cole he expects a worse reception than me!” he said.

“It’s all good fun, I always enjoyed the battles with Tottenham as a Chelsea player and West Ham player before that.

“But it’s not part of my thinking, I’m actually not even considering the games I’ve played with or managed at Chelsea – it’s a completely different position.

“You have to take the sting out of the opposition wherever you go, the focal point has to be us.”

Relegation-threatened Everton head to the Tottenham Hotspur Stadium buoyed by their midweek progress to a second successive FA Cup quarter-final after victory over non-league Boreham Wood.

After making six changes for Thursday’s game, Lampard will restore his strongest side, meaning January signing Nathan Patterson faces another spell on the sidelines.

The former Rangers right-back, a £12million January signing late in the short-lived reign of Rafael Benitez, made his debut in midweek two months after arriving but a necessary tactical change meant he was hauled off at half-time.

“In my role unfortunately you have to make decisions. Sometimes they’re not emotional, they’re practical and it was absolutely practical to have to change – and Nathan was the choice,” added Lampard.

“I thought he did OK in the game. I was pleased for him to have his debut. We brought him in for a reason and what Nathan will feel from myself and the staff is a real engagement and desire to work with him.

“Things like that happen at that stage of your career, whoever you are. As a younger player, you have to take something like this on the chin and understand that this is high-level, and keep working and that’s all he has to do.”