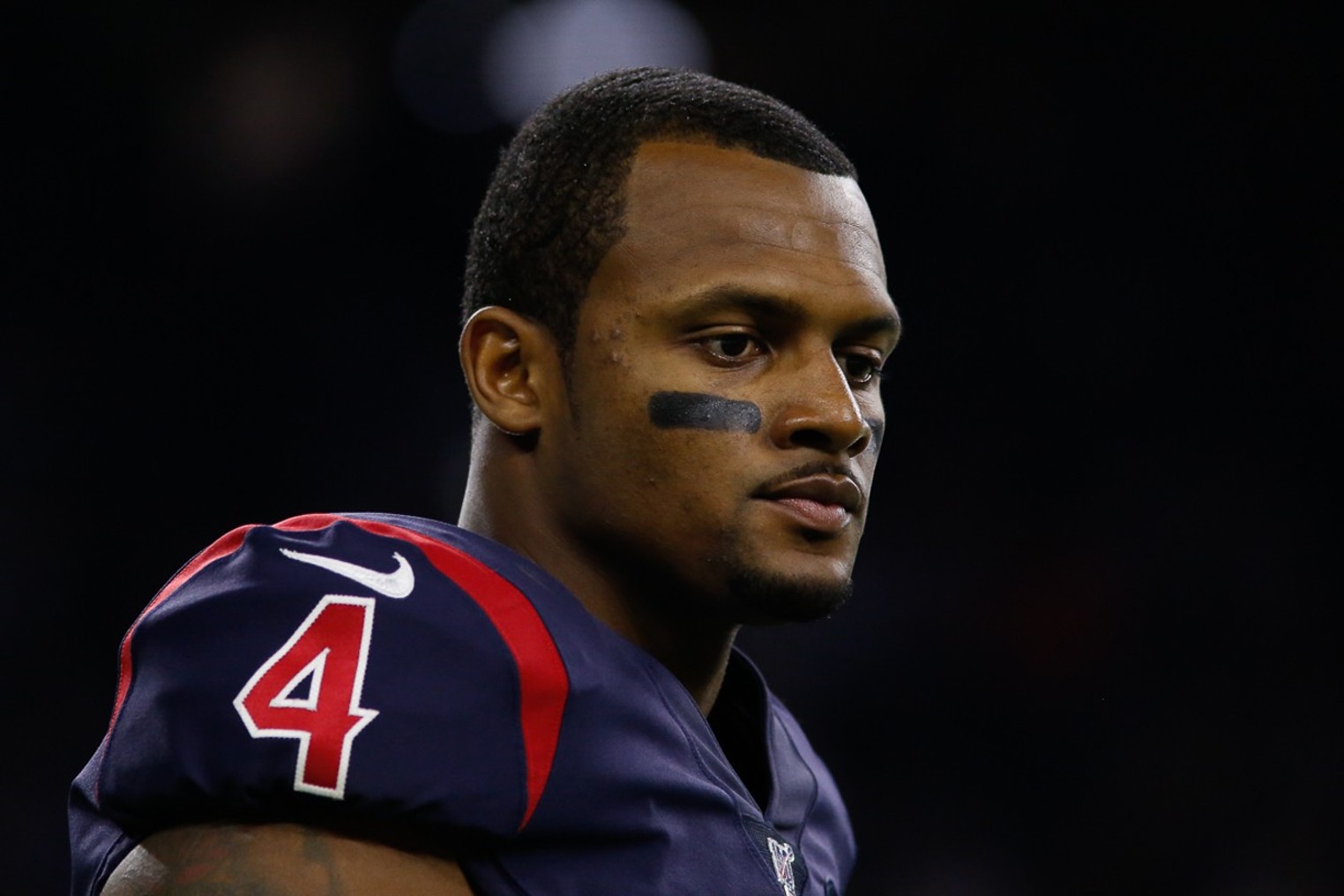 We are sitting on the one year anniversary this weekend of the day that Deshaun Watson’s camp made official his desire to be traded away from the Texans. It was January 28, 2021, within about ten minutes of the hiring of David Culley as Texans head coach becoming official, that reports of Watson’s discontent in Houston (which had been rumored for three weeks) were confirmed.

Texans GM Nick Caserio dug in for the next several weeks, adamant that the team was not trading Watson, an assertion that wound up drenched in dark irony when March brought 22 civil lawsuits against Watson that made it IMPOSSIBLE for Caserio to trade Watson, even if he wanted to. Ten months later, Watson still sits in a legal swamp with lawyer bills that, I imagine, would choke an elephant.

Even with the the currently stagnant situation in trying to trade Watson, I’m sure Nick Caserio and his staff are playing out hypothetical trade scenarios. Hell, they discussed ACTUAL trade scenarios with the Dolphins at the trade deadline. Watson’s current legal situation is the immediate concern, however, even if Watson gets resolution, his new employer will be dealing with a P.R. nightmare.

So how does that affect the number of teams willing to make a franchise altering trade for Watson? Evidently, for one of the New York Giants, it’s enough to bail out of any Watson trade talks. This came from Giants owner John Mara earlier this week at the press conference announcing the hire of his team’s new GM, Joe Schoen:

If Mara is behind truthful here, if he is not just posturing for an inevitable reversal of stance, then this is awful news for the Texans. The Giants, far and away, checked the most boxes for a Texans trade partners. For one, they have the fifth and seventh overall picks in the upcoming draft, a great starting point for any Watson deal, Second, New York City would seem to be a place that Watson would be amenable to going, which is important because his “no trade” clause gives him veto power over any deal. Finally, with the Giants over in the NFC, the Texans would only see Watson on the opposing sideline every four years in the regular season (or in the Super Bowl, cue laugh track).

The bigger question now for the Texans is “How many other teams feel similarly to the Giants, to where the headache and sleaziness of the accusations against Watson outweigh the benefits of having his football skills on the roster?” Philadelphia, owner of three first round picks in the 2022 draft, has committed to Jalen Hurts for another season. Miami’s owner Stephen Ross plans to let his next head coach decide on the approach they take at quarterback. The Cleveland Browns are committed to Baker Mayfield for one more season.

The list of Watson landing spots, for now, is dwindling. Look, in the end, aside from resolution to Watson’s legal issues, all you need is two or three teams competing for his services to create a market. Perhaps the combination of Carolina, Denver, and Pittsburgh (all teams in dire need of good QB play) is enough to net Caserio the gigantic haul he seeks.

For now, though, the Texans’ most logical trade partner wants nothing to do with Watson. The drama continues over on Kirby.