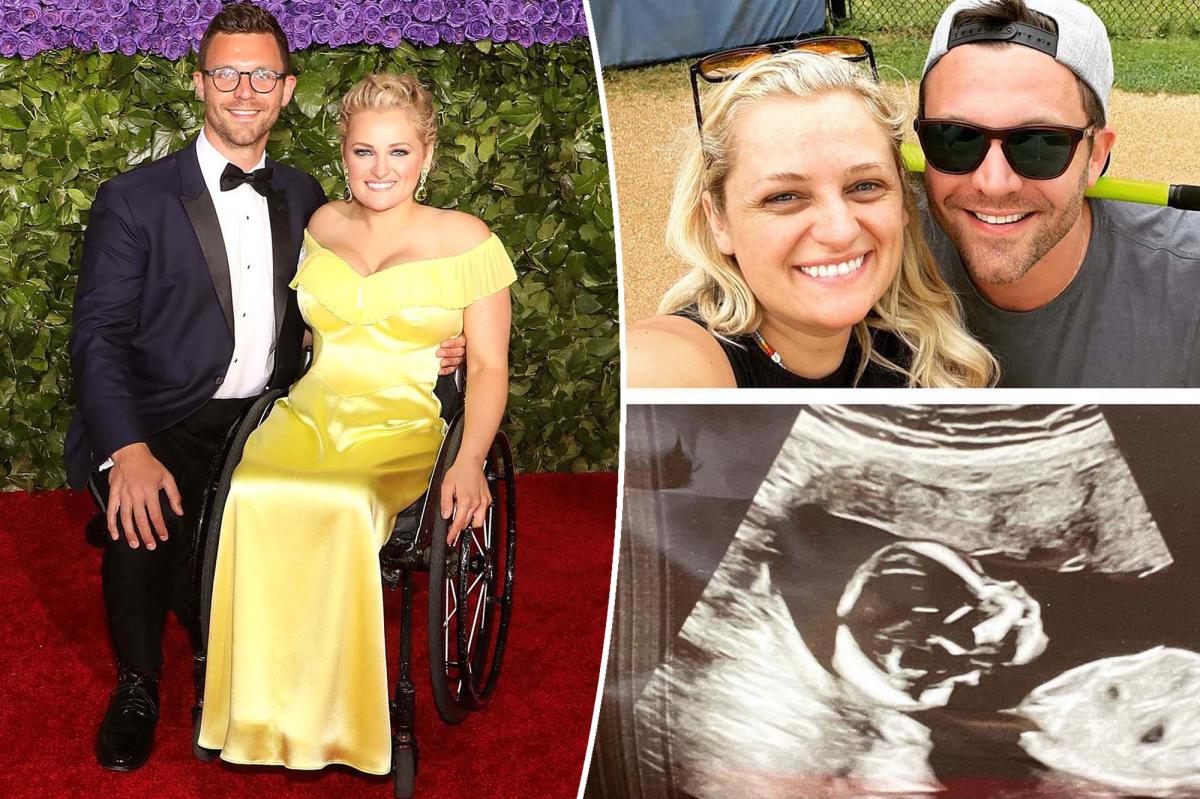 Ali Stroker announced on Saturday that she and her husband, David Perlow, are expecting their first child.

“We are having a baby!!!” the Tony winner, 35, captioned an Instagram selfie with the 36-year-old actor, as well as a sonogram shot.

“The newest member of the team is arriving in November!” she continued. “A dream come true!!”

Stroker went on to wish her partner a happy first anniversary, writing, “Best year ever! Thank you for creating this life with me! We won the jackpot! I love you. 😍😍😍😍😍😍.”

The couple met in college, reconnecting in 2015 while performing in “Spring Awakening” at the Deaf West Theater revival.

Stroker made history for her role in “Oklahoma!” four years later when she became the first person in a wheelchair to be nominated for — and win — a Tony Award.

The New Jersey native, who became paralyzed below the waist at age 2 after suffering a spinal cord injury in an auto accident, took home the Best Featured Actress prize for her performance as Ado Annie in the musical.

“This award is for every kid who is watching tonight who has a disability, who has a limitation or a challenge who has been waiting to see themselves represented in this arena — you are,” she said in her 2019 acceptance speech.

“I really just have always felt like I belonged on stage,” Stroker went on to tell viewers. “And once I got into theater, I really wanted to figure out the dancing part.”

In addition to her Broadway career, the actress is also known for her appearance on “Glee” in 2013 as Betty Pillsbury.

Stroker competed for the guest role on the second season of “The Glee Project.”