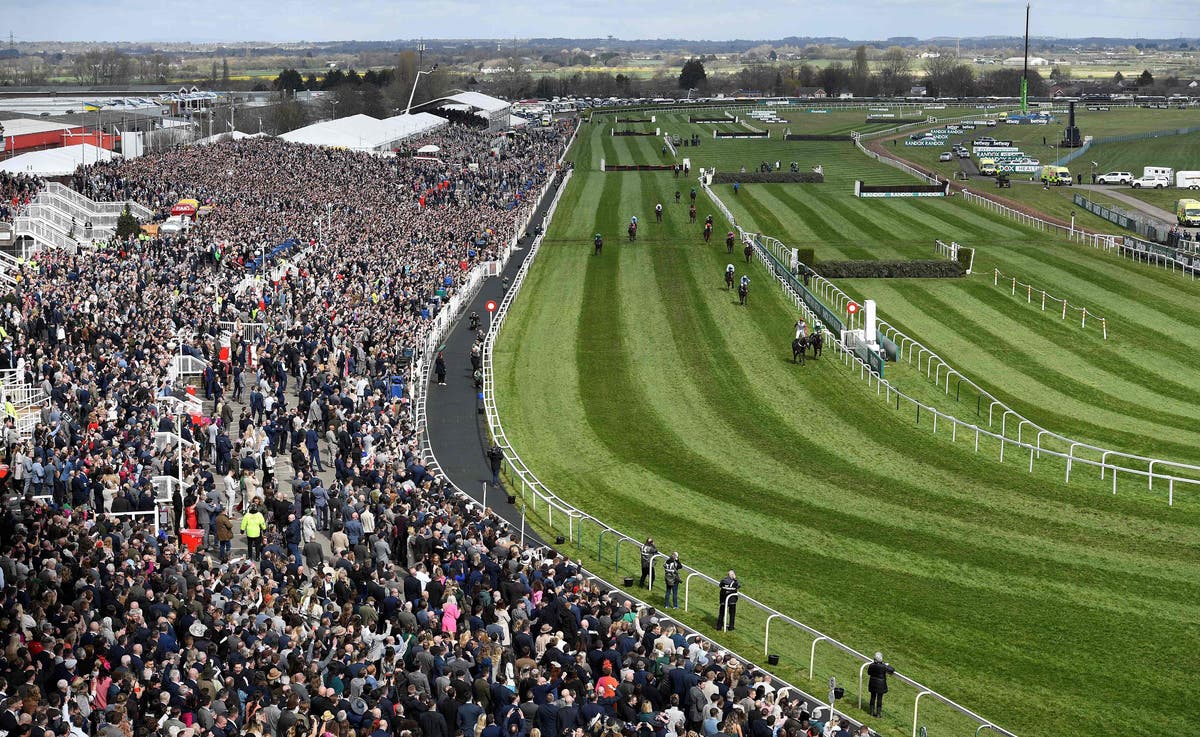 Follow all the latest updates from the 2022 Grand National at Aintree as one of British sport’s most iconic events returns for a 174th edition.

Coronavirus caused the cancellation of the race in 2020 and kept the crowds away in 2021, so for the first time in three years, fans will be able to watch in person at Aintree and help create that famous atmopshere.

A stacked field of horses and jockeys look to make history for themselves, the trainer and owner with 40 runners and riders ready to try and win the most valuable jump race in Europe.

Minella Times, ridden by Rachael Blackmore, triumphed 12 months ago and returns to try and make it two in a row this year but there are plenty of fancied horses in the field, including Any Second Now, Escaria Ten, Snow Leopardess and Longhouse Poet.

Mark Walsh has rode home on his second winner of the day as Sire du Berlais beats Flooring Porter in the JRL Group Liverpool Hurdle.

That’s back-to-back wins for the Irishman. Is today going to be his day? Will he win the Grand National later on?

A double for Mark Walsh?

Gentleman De Mee has beaten Edwardstone in the Poundland Maghull Novices’ Chase. Edwardstone had been the horse to beat over this distance but just couldn’t keep up the challenge in the closing stages.

It’s strong victory for jockey Mark Walsh that sets him up nicely ahead of the Grand National later this afternoon where he is riding one of the favourites: Any Second Now.

There’s less than two hours to go until the big race and Any Second Now is the frontrunner at 9/1. Snow Leopardess and Minella Times are close behind at 10/1 with Fiddlerontheroof at 11/1.

As it says in the name this is an animated virtual running of the national based on weight, previous results as well as other criteria to see who will win the big race later on.

If you believe in omens Snow Leopardess won this year’s animated version of the real thing.

Steve Rogers of Inspired Entertainment,the company creates the CGI races for a TV special, said: “The team have been working on this virtual race and on the race prediction algorithm for months.

“We use the latest technology including artificial intelligence software to create the most life-like representation.

“In 2017 the winner of the Virtual Grand National came second in the real race, in 2018 Tiger Roll won both, and the computer has been very close on the final position of other runners and riders.”

Fans back at Aintree

Rachael Blackmore and Minella Times made horse racing history in front of empty stands last year as the Grand National took place behind closed doors due to the coronavirus pandemic.

This year though 70,000 fans are in attendance to see her attempt at completing a stunning double.

Can she win the Grand National again and receive the cheers and applause that she missed out on last year?

Irish jockey superstar, Rachael Blackmore, is the only current jockey in the weighing room to have won the Champion Hurdle, Gold Cup and Grand National.

This is the story of her rise to stardom, as told by her mum:

Rachael Blackmore made history in this race twelve months ago becoming the first female jockey to win the Grand National as she stormed home atop Minella Times.

That victory has backed up less than a month ago as she was triumphant in the Champion Hurdle and Gold Cup at Cheltenham to complete that full set of jump racing’s three biggest races.

No jockey has won all three races in the same year since Tommy Cullinan in 1930, can Blackmore make history again with a second Grand National win today?

She’s riding Minella Times again and would match Tiger Roll and Red Rum as the only horses to win back-to-back Grand Nationals.

The Grand National is the biggest horse race in the UK – and probably the world let’s be honest – it’s generate 10x as much betting interest as Cheltenham’s Gold Cup which is the next biggest race of the season.

Aintree’s most famous race returns this afternoon in front of fans and punters who are back in person for the first time in three years following an ease to Covid-19 restrictions.

Let’s break down the race: This is the 174th edition of the Grand National.

There are 30 jumps, including Becher’s Brook and The Chair, over a distance of four and a quarter miles. The race gets going around 17:15 and will last for roughly nine to ten minutes.

The total prize fund is £1 million with the winning team collecting £500,000.

Significant changes were introduced before the 2013 race which saw the core of fences softened, the distance reduced and new procedures for loose horses – all in the name of making the race safer for the horses and their riders.

It’s worked as the one equine fatality in the race last year was only the second from a total of 316 runners in the last eight editions.

Racegoers are gearing up for an “electric” Grand National as crowds return to the world’s greatest steeplechase for the first time in three years.

Punters have not been at Aintree to cheer on the Grand National runners since 2019, after the race meet was cancelled in 2020 and held behind closed doors last year.

They braved rain and chilly temperatures on Saturday to make their return.

Crowds flocked to Aintree Racecourse on Friday as Ladies’ Day at the Grand National Festival got underway.

Ladies Day returned for the first time in three years after cancellations due to the COVID-19 pandemic.

The racecourse usually welcomes over 150,000 visitors over the course of three days for the biggest event of the racing calendar.