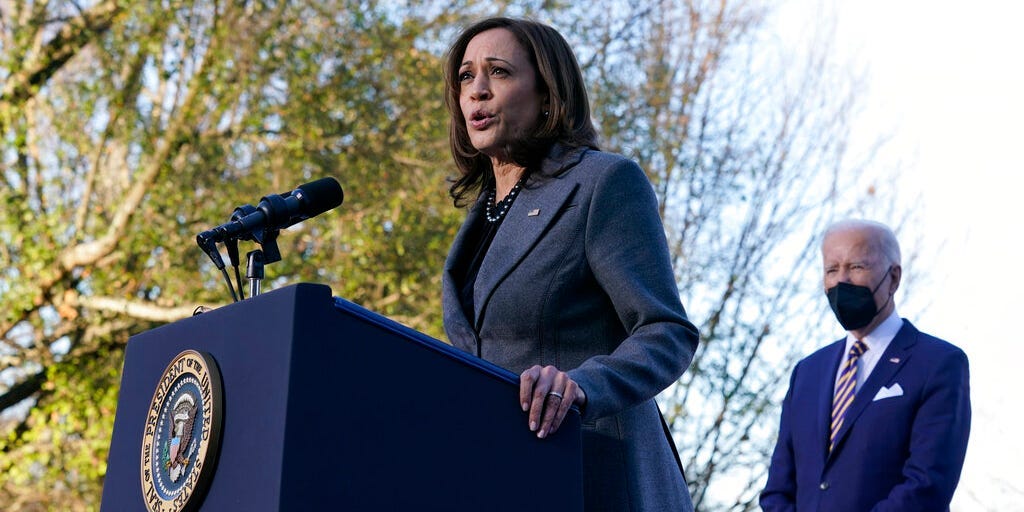 SELMA, Ala. (AP) — Vice President Kamala Harris will visit Alabama on Sunday as the nation marks a defining moment in the fight for the right to vote, a trip that comes as congressional efforts to restore the landmark 1965 Voting Rights Act have faltered.

Harris is traveling to Selma, Alabama to commemorate the 57th anniversary of “Bloody Sunday,” the day in 1965 when white state troopers attacked Black voting rights marchers attempting to cross the Edmund Pettus Bridge. The nation’s first female vice president — as well as the first African American and Indian American in the role— will speak at the site often referred to as hallowed ground in the fight for voting right for minority citizens.

State troopers on March 7, 1965, beat and tear-gassed peaceful demonstrators, including young activist John Lewis, who later became a longtime Georgia congressman. The images of the violence shocked a nation and helped galvanize support for passage of the Voting Rights Act of 1965.

Her visit to the city that served as the cradle of the Voting Rights Act comes as Democrats have unsuccessfully tried to update the landmark law and pass additional measures to make it more convenient for people to vote.

The legislation, named for Lewis who died in 2020, is part of a broader elections package that collapsed in the US Senate in February.

Visiting Alabama during a congressional pilgrimage that coincides with the anniversary, House Majority Leader Steny Hoyer, D-Md., said he hoped some compromise still might be able to save the voting rights bill named for Lewis.

“The John Lewis bill means a lot to us because so many of us worked together on the bill with John being the leader and the inspiration,” Hoyer said during an interview in Birmingham on Friday.

The US Supreme Court in 2013 gutted a portion of the 1965 law that required certain states with a history of discrimination in voting, mainly in the South, to get US Justice Department approval before changing the way they hold elections.

President Joe Biden used a small portion of his State of the Union speech to renew his plea for Congress to take action.

“The most fundamental right in America is the right to vote – and to have it counted. And it’s under assault. In state after state, new laws have been passed, not only to suppress the vote, but to subvert entire elections,” Biden said.

The sweeping legislation called the Freedom to Vote: John R. Lewis Act would restore the preclearance requirement and the put nationwide standards for how elections operate — such as making Election Day a national holiday and allowing early voting nationwide — stablish rules for redistricting criteria.

The annual Bloody Sunday remembrance has become a regular stop for politicians to pay homage to the foot soldiers of the civil rights movement and to make calls for action.

Harris will visit with civil rights leaders before speaking at the foot of the bridge. The bridge, named for a Confederate general and reputed Ku Klux Klan leader, has become an enduring symbol of the civil rights movement.

Harris will also take part in the annual event’s symbolic march across the bridge.