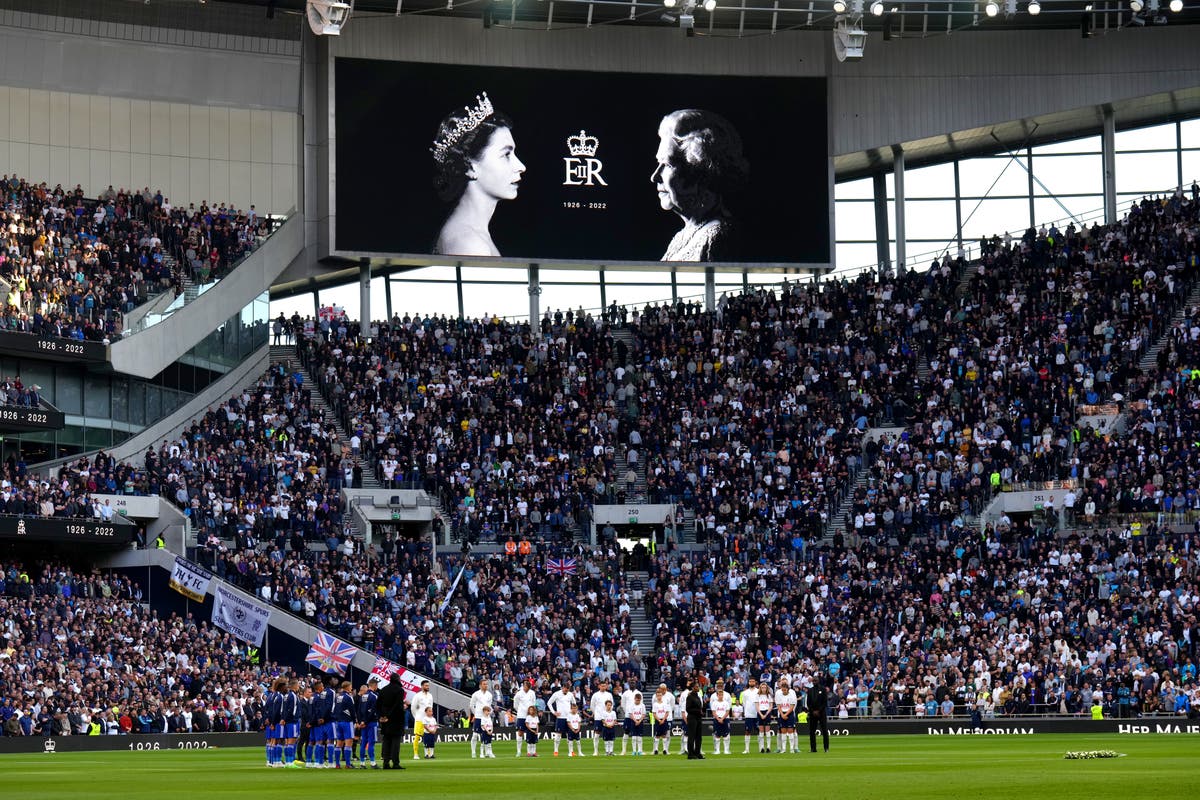 England captain Harry Kane has described the Queen as a “great role model” and revealed his children visited Buckingham Palace last week to pay their respects.

The Tottenham forward scored during a 6-2 win over Leicester on Saturday, a match which saw the late Queen honoured with floral wreaths laid, while a minute’s silence – briefly spoiled by small sections of fans shouting – took place before kick-off while an impeccable minute’s applause occurred in the 70th minute.

Kane will now link up with England for their upcoming Nations League fixtures with Italy and Germany but only after the Queen’s funeral on Monday.

“It’s truly remarkable to represent the country the way that the Queen has for so many years of her life – it’s a true inspiration,” Kane said in Tottenham’s matchday programme, which had a picture of the Queen on the front cover alongside former Spurs skipper Danny Blanchflower from the 1962 FA Cup final.

“No matter what job you’re in, she showed that consistency and held an impeccable reputation, so she was a truly great role model for all of us and that’s why we’re so proud that she was our Queen.”

Kane’s children and his wife Kate went to Buckingham Palace last Friday to put flowers down in memory of the Queen.

He added: “I was here at the club training but Kate took the kids down to Buckingham Palace.

“We thought it was important – they’re young, they don’t understand too much at the moment but when they’re older and they look back and they read about the history of our country, the Queen was an integral part of that, so Kate took the kids down there just to pay their respects.

“They left some flowers outside Buckingham Palace, which was nice. It’s a huge occasion in our history so we thought it would be important for the kids to experience that.”