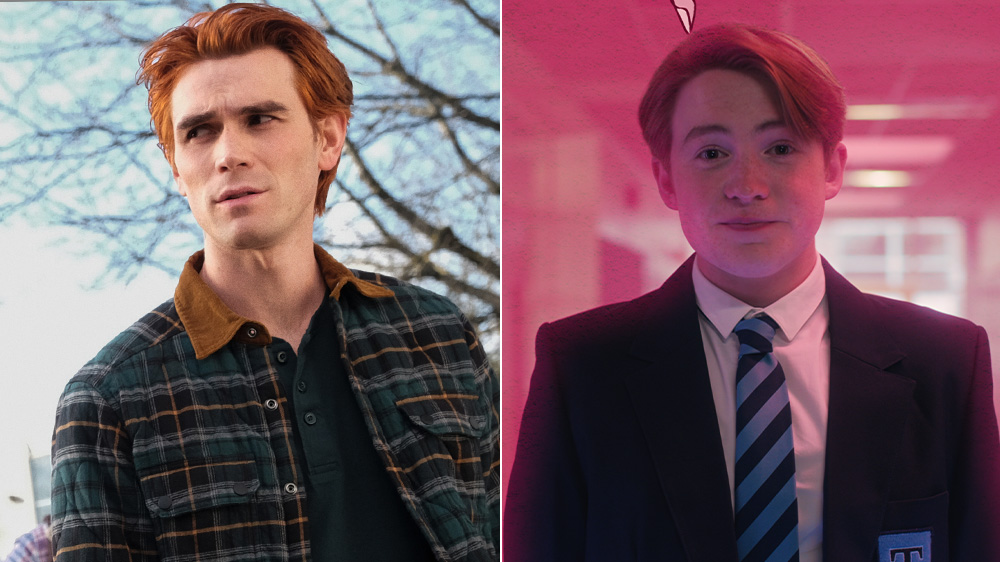 Once again, “Heartstopper” was the top show on Variety’s Trending TV chart for the week of May 9-15, extending its winning streak to four straight weeks. The Netflix series pulled in 256,000 engagements (down 57% week-over-week) as fans demanded a second season or finally caught up on the coming-of-age story, inspired by Alice Oseman’s webcomic and graphic novel of the same name.

if heartstopper doesn’t get renewed for 4 full seasons so we can have the show adaptation of all 4 comics, there is gonna so much hell to pay for netflix

Coming in second place this week was “Riverdale” on the heels of a big week for The CW. The network confirmed seven cancellations ahead of its May 19 upfront presentation, leading many to question the seventh-season “Riverdale” renewal. The show has come under scrutiny from fans for its outlandish storylines, and several memes and snarky tweets popped up as a result.

Online discourse was more positive following a new episode on Wednesday, in which Veronica (Camila Mendes) got venomous, and Betty (Lili Reinhart) and Archie (K.J. Apa) spent one final night together. Overall, it drew 115,500 engagements throughout the week.

Netflix also claimed the third spot on this week’s chart by debuting the first trailer for its upcoming live-action “Resident Evil” series. The teaser revealed the show, with Lance Riddick starring as Albert Wesker, contains two timelines. Tamara Smart and Ella Balinska play the younger and older versions of his daughter, Jade.

The show’s storyline, under the supervision of Andrew Dabb (“Supernatural”), remains under wraps. The series is produced by Constantin Film, with Robert Kulzer and Oliver Berben serving as executive producers.

In fourth place was a Trending TV staple, “Moon Knight.” The Disney+ show wrapped its initial run on May 4. Although Marvel initially promoted it as a limited series, speculation about whether the show will return for another installment has helped drive the conversation.

Fans also continued to take to Twitter to express their excitement over the reveal of May Calamawy as Scarlet Scarab, the MCU’s first Egyptian superhero.

Relive the journey of Marvel Studios’ #MoonKnight and watch all episodes, now streaming on @DisneyPlus. pic.twitter.com/dNjhJejB0B

Rounding out the Top 5 was NBC’s “American Song Contest.” In the May 9 finale, K-pop performer AleXa from Oklahoma won the inaugural season in a vote that was 15% jury and 85% public. As part of the prize, AleXa was supposed to perform “Wonderland” at the Billboard Music Awards. However, she barely appeared on-camera during Sunday’s award show, confusing fans. Overall the reality competition earned more than 90,000 engagements.

On the back half of the chart, “Stranger Things” continued to make its presence known ahead of its May 27 return on Netflix. The cast lit up the internet following the fourth season world premiere event in Brooklyn, N.Y., on Friday. There, producers detailed what to expect in the upcoming season as fans marveled at the young cast members’ ages following a three-year delay between seasons.

In sixth place was one of The CW’s casualties, “Legacies,” as fans protested the show’s cancellation after four seasons. The series ending brings “The Vampire Diaries” universe to a close on the network after 13 years.

After 13 years, 3 shows and 331 episodes, The Vampire Diaries Universe has ended. #Legacies pic.twitter.com/v2qElA6Chg

The fourth and final Netflix series to land on this week’s chart was “Bridgerton,” which came in at No. 8 with nearly 57,000 engagements. Fans mainly reacted to news about Season 3, which includes the recasting of Francesca (Hannah Dodd takes over from exiting actor Ruby Stokes).

BRIDGERTON NEWS: Hannah Dodd (Anatomy of a Scandal) will star as Francesca Bridgerton in Season 3.

She takes over the role from Ruby Stokes who is moving on to star in Netflix’s Lockwood & Co. 💛 Can’t wait to welcome Hannah to the family. pic.twitter.com/XEinB4uCFQ

Creators also revealed they are skipping ahead of the Julia Quinn books on which the period drama is based. Instead of focusing on Benedict Bridgerton’s (Luke Thompson) love life, the series will spotlight the romance between Colin Bridgerton (Luke Newton) and Penelope Featherington (Nicola Coughlan). Coughlan made the reveal during Sunday’s FYSEE panel.

Rounding out this week’s list is The CW’s “Dynasty” in ninth following its cancellation on the network after five seasons, and Disney+’s upcoming “Obi-Wan Kenobi” in 10th place. The latest “Star Wars” series has been generating buzz for weeks now, but fans were particularly excited following a London press event this week.

The cast and filmmakers of #ObiWanKenobi make their entrance in London. Start streaming Obi-Wan Kenobi May 27 on @DisneyPlus. (1/3) pic.twitter.com/tC02w2WXVa