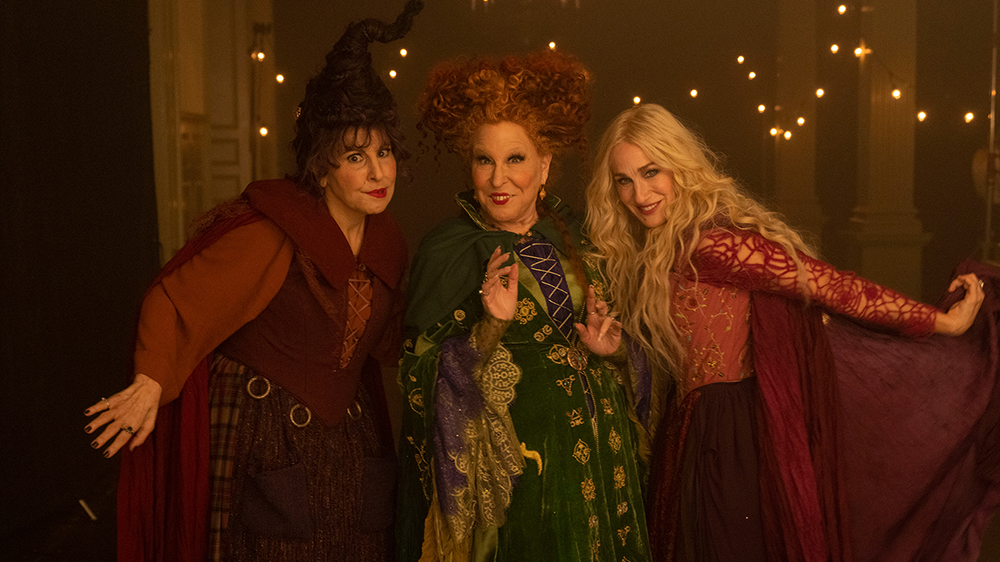 “Hocus Pocus 2” has wrapped filming and will premiere on Disney Plus on Halloween, according to executive producer Adam Shankman.

In an Instagram post on Friday, Shankman wrote, “SISTAAAAAHHHHSSS! Aaaaand that’s a WRAP!!! #hocuspocus2. Congratulations to the amazing team…and the WHOOOOLLLEEEE cast and crew!!! Coming to you #halloween #2022 on @disneyplus.”

Disney did not immediately respond to Variety‘s request for comment, but since spooky season programming typically comes out ahead of the holiday, we can probably expect “Hocus Pocus 2” just before Oct. 31.

In the 1993 original, teenager Max Dennison (Omri Katz) accidentally resurrects a coven of evil witches known as the Sanderson Sisters (played by Bette Midler, Sarah Jessica Parker and Kathy Najimy). In the 2022 sequel, three young women accidentally free the witches once again, in modern-day Salem, and must stop the child-hungry Sanderson Sisters from wreaking havoc on the world.

“I play actually two characters. I play this kind of evil reverend and then I play this mayor,” Hale told Variety at the ‘Being the Ricardos’ red carpet premiere. “Another surreal experience. That movie is a Halloween classic, and meeting Bette, and Sarah Jessica and Kathy Najimy, who was on ‘Veep’ with me… it was really fun.”