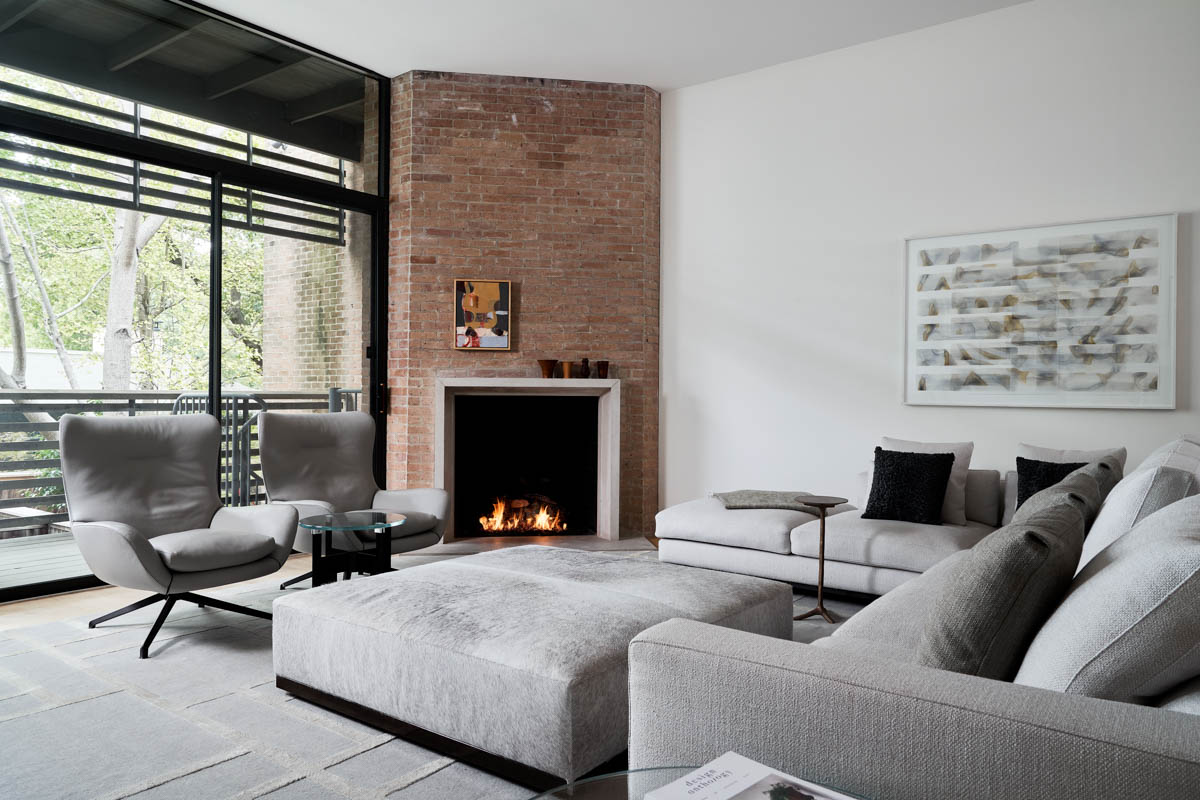 Dawn and Gary Gibson had always admired iconic regional architect Frank Welch. So, when they heard his house was on the market after his 2017 death, they had to check it out.

There was a crowd on their tour, Gary recalls. As they wandered the rooms, the Gibsons heard mutterings of “we can take out the center wall here.” Other potential buyers were thinking about how to change what the legendary architect had built. They were shocked. How could you destroy Welch’s work?

Known as the Dean of Texas Architecture, Welch spent the latter half of the 20th century defining his architectural reputation and mentoring the next generation in Texas modernism.

“Welch occupies a singular position in the history of Texas architecture,” Peter Simek wrote for D in January 2017. “He has done more to establish a vernacular of Texas modernism than probably any other architect.”

He was known for his refined and modern minimalist style. Like his mentor, O’Neil Ford, Welch used Texas materials wherever he could. There was “quiet sophistication to his architecture,” Dawn says. “It’s just pure and clean and very easy for your eye to accept it.”

While modest, his home at 3511 Cragmont Ave repeated the best features of Welch’s designs. “It’s a beautiful testament to his architecture,” Dawn says.

The open-plan main floor of the two-story duplex sits high up in the canopies of ginkgo trees and live oaks. There are windows, sliding glass doors, and skylights everywhere, which floods the home with warm natural light.

Dawn says she loves to sit in the primary bedroom at twilight. During those hours, light filters through the metalwork railings of the balcony, creating a “grid pattern going across the ceiling of the room as the sun sets.”

Everything about the home is thoughtful. There’s congruence to it, says Dawn. The living room balcony complements the primary bedroom’s. Welch carried the same materials throughout—the Texas stone countertops in the kitchen match those in the bathrooms.

And everything is practical. When Welch built the house in 1997, he knew this would be the home where he grew old, Dawn says. There are rolling shelves in the kitchen and pantry. Although there’s an elevator, the radius of the stairwell makes it easy to climb. Downstairs, near the office, the hallway is lined with bookshelves.

The whole property is serene. Outside, the pool is shaded with wax myrtle trees (although, they did lose a few during Winter Storm Uri last year). The space is more like a private garden, Dawn says. There is a small fountain at one end of the pool. The water is just about the only sound you can hear back there—besides the cardinals and blue jays that sometimes drink from the fountain. “If you’re real quiet,” she says, “here they come.”

After the Gibsons bought the home in October 2017, “we didn’t need to go in and make a lot of changes,” Gary says. When they did make changes, they’d ask themselves, “what would Frank do? Would Frank be happy?”

Even still, they didn’t change much. Gary built a workshop in the garage. Dawn put some personal touches in the garden. They installed some shelving in the living room, replaced the dishwasher, and redid cabinetry in the closets. (“I have more shoes than Frank did,” Dawn says with a laugh.)

As the Gibsons have lived in his former home, they’ve bought his books and gone on architectural tours and become even bigger fans of Welch.

They did meet him once. After Welch published his memoir, 2015’s On Becoming an Architect, Dawn’s furniture store, SMINK Art + Design, hosted a book signing in its showroom.

The store was crowded, Gary recalls, and people were lined up on the sidewalk for a chance to meet him. “So many people had such respect and such a love for him,” he says. “It really was neat.”

Just like his home, there was warmth and something special about Frank Welch.

To see more of the home, scroll through the gallery.

Get the AtHome Newsletter