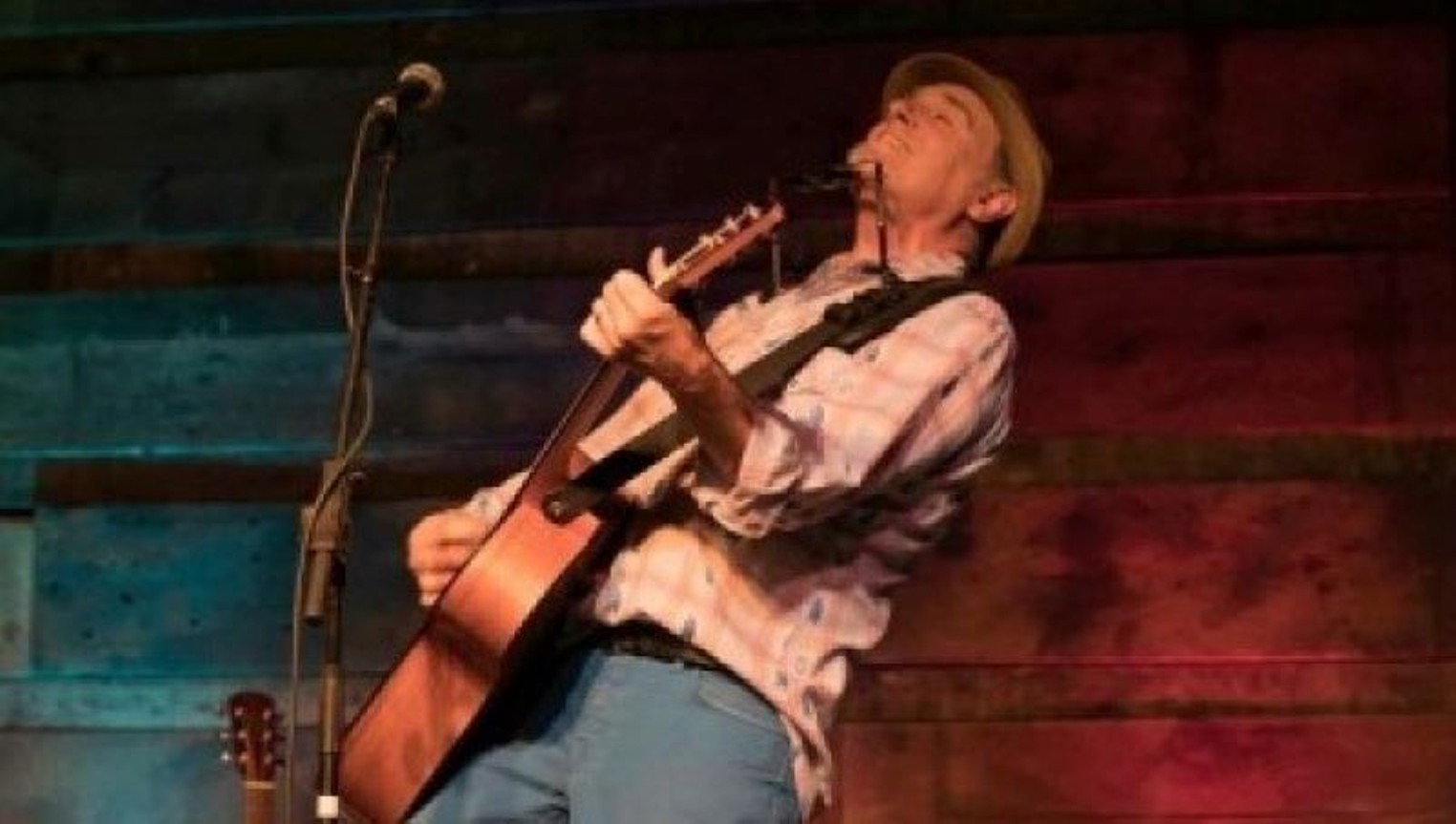 There was a time, a couple of years on either side of 1980, when it seemed that just about everybody in Houston had a copy of Songs on the Radio, an album by local troubadours Shake Russell and Dana Cooper. The record garnered significant radio air play, and the duo regularly sold out shows at venues throughout the city.

So what has Dana Cooper been up to since then? After ending his musical partnership with Shake Russell, he picked up the electric guitar and fronted a punky, new-wavish band called DC3. In the late eighties, he relocated to Nashville, where he has established himself as successful songwriter, collaborating with Hal Ketchum, Kim Carnes, and a host of others.

Additionally, Cooper still maintains an active recording and performing career. His current tour, in support of the new album I Can Face the Truth will make three stops in and around Houston, with concerts at The Old Quarter Acoustic Cafe in Galveston on April 8, Cowboy Surfer in Houston on April 10, and the Dosey Doe Breakfast, BBQ, and Whiskey Bar in the Woodlands on April 13.

I Can Face the Truth was recorded over the past two years, and while the pandemic provided a somber backdrop during the album’s creation, Cooper says that he tried to balance a sense of melancholy with a sense of hope. “There’s an element of introspection in it,” Cooper says, speaking from Nashville via Zoom, “but I think there’s a lot of joy in it. As far as the songs themselves, they reflect where I am in my life, and it’s been a long journey. There’s been a lot of loss over the past several years, and the older we get, the more there is of that. So there’s some of that in there, I guess, but at least a couple of songs, I just wanted them to be fun. There’s some depth in there, but hopefully some darn good fun.”

Born and raised in Kansas City, Cooper ended up in Houston after moving to California, recording an album for Elektra Records in 1973, losing his record deal, and then busking in San Francisco while working a variety of odd jobs. His Kansas City friend Shake Russell had moved to Houston, where he was gigging with John Vandiver and Michael Mashkes. Cooper would visit periodically and sit in, but the band wanted to make the situation a permanent one.

“They had a missing man formation when they played gigs. They had a microphone standing there, for me. So eventually I just got worn out, with the multiple jobs, and struggling in San Francisco to get anyone to even pay attention. I said, ‘This is stupid. I have to go play music, this is what I was born to do.’ I had an opportunity, and I seized it.”

“The shows I do, I only play places where people come to hear what I’m saying and what I’m doing. And have fun.  But I’m not playing noisy bars anymore.”

And so the Shake Russell/Dana Cooper Band was born. “It was such a high,” Cooper continues, “to play music again and get paid for it. That hadn’t happened in a long time! It was a great band. I loved playing with those guys. It was a good bunch, and we really grew as a band.”

After the Shake Russell and Dana Cooper partnership ran its course and Cooper’s subsequent bands, DC3 and Nuclear Family, came to an end, Cooper took a trip to Nashville, where things started out well as he made the rounds, meeting with music publishers and other industry types. “Everywhere I went, I got a real favorable response. And so I played out, did some gigs, nice response. So Linda [Cooper’s wife] and I moved here. And the phone didn’t ring for about a year,” he says, laughing at the memory. After a slow start, Cooper’s perseverance paid off, and he built a solid career in Music City.

“I got invited to quite a few songwriting retreats as a teacher. The first time I did that, I thought, ‘What the hell do I have to tell anybody about songwriting? I don’t know how to write a song, I just write them.’ So I started thinking about it, trying to deconstruct a little bit and maybe figure out part of what my process is. I enjoy sharing that with people. I always have more to offer than I give myself credit for, because I’ve done it for so long and take it as somewhat second nature, the nuts and bolts part of it. It’s always heartening to see people get something from that,” Cooper says, “to see them grow as songwriters, come out of their shell a little bit.”

As for live performances, Cooper has reached the point where he can be selective about the venues where he performs, avoiding spots where live music is something of an afterthought. “The shows I do, I only play places where people come to hear what I’m saying and what I’m doing. And have fun.  But I’m not playing noisy bars anymore. Listening rooms, those are really rare now. Anyone who’s doing boogie-woogie or dance music or whatever, you can play anywhere. It doesn’t matter if people are listening or not, you just turn it up. But if you’re trying to hear yourself and make sure you’re singing on key and stuff like that, you kind of need to have a little quiet.”

Dana Cooper plays at The Old Quarter Acoustic Cafe on April 8, Cowboy Surfer on April 10, and the Dosey Doe Breakfast, BBQ, and on April 13. For information, visit danacoopermusic.com.