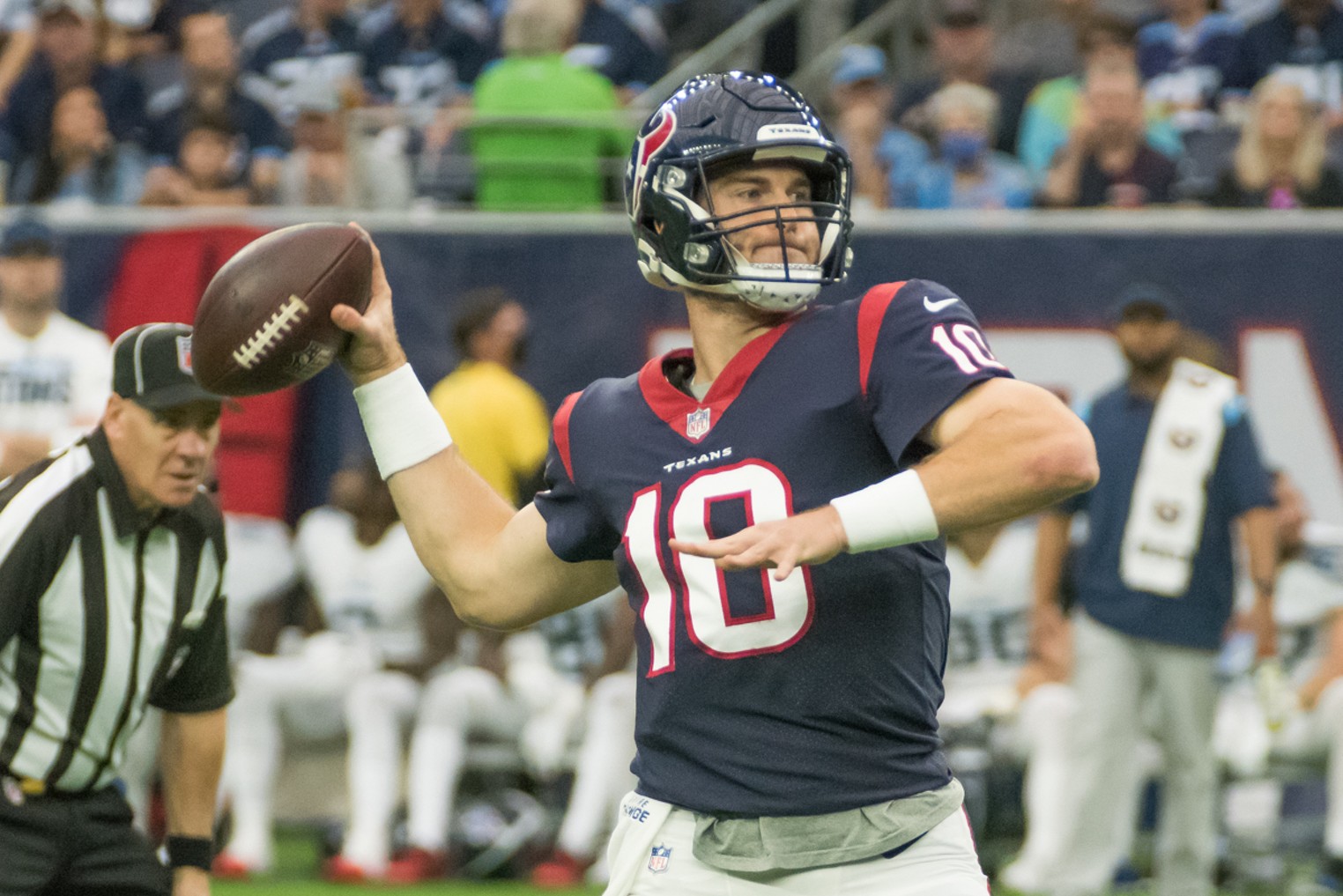 Sunday night, the Los Angeles rams and Cincinnati Bengals capped off what was, unequivocally, the most drama laden postseason in the history of the NFL. Over the last three weeks of the postseason, there were seven games. Six of those games, including Super Bowl 56, were decided by exactly three points. The only game in that span decided by more than three points was the Chiefs’ win over the Bills by six in overtime of what might be the greatest playoff game ever played.

In short, the last month has done nothing to detract from the burgeoning brand this is the National Football League. One of the things that has made said brand so strong is that it never sleeps. Soon draft season will be here, and before you know it training camp begins. Even the day after the Super Bowl is a hybrid of analysis from the night before and looking ahead to next season.

A few observations on the fresh, hot-off-the-press odds for next season’s football championship of the world:

The Houston Texans’ positive “Lovie Smith” vibes will be short lived
Hard to believe that a little over two years ago, the Texans had a 24-0 lead over the eventual Super Bowl champions IN Kansas City in a divisional round playoff game. How, three general managers, four head coaches, and 22 Deshaun Watson lawsuits later, there they are at the bottom of the barrel with the Detroit Lions. While we try to remain optimistic, and while I maintain Lovie Smith is a massive upgrade over David Culley, the fact of the matter is that this will likely be a much younger team in 2022 than the journeyman-laden 2021 team, and thus, could have a hard time replicating the four wins they attained in 2021. In short, sadly, the Texans are probably ranked appropriately on this odds board.

So, who are next year’s Bengals?
The one shred of hope for any bottom-feeding team should be the fact that the Cincinnati Bengals, a 75/1 shot a year ago on betonline.ag, came within two minutes of winning the whole damn thing! They led the Rams 20-16 inside of the two minute warning. Of course, Joe Burrow ain’t walking through that door for any of these teams, but if there is a team from, say, the bottom half dozen or so in the league that could make that shocking leap in the 2022, who would it be?

The easy answer might be “Any team in that group that trades for Deshaun Watson,” which makes Carolina (60/1) and the Giants (100/1, although their owner has sworn off trading for Watson) intriguing. If we are going with organic growth with a new coach and young quarterback, how about Jacksonville, who have the 2021 number one overall pick in Trevor Lawrence (Burrow was number one overall in 2020), a new head coach with Super Bowl winning experience (Doug Pederson), and play in a division where the other quarterback situations are VERY dicey (Tannehill in Tennessee, Wentz in Indy, Davis Mills here).

The oddsmakers are clearly seeing Denver as a landing spot for SOME franchise QB, likely Aaron Rodgers
The Green Bay Packers have been the No. 1 seed in the NFC the last two seasons, yet they find themselves seventh on these odds. That feels low. The Broncos, on the other hand, haven’t been to the postseason since Peyton Manning left after 2015, and they went 7-10 last season. They are eighth, right behind the Packers. That feels high, UNLESS there is a scenario whereby Rodgers winds up getting traded from the Packers to the Broncos. The placement of both of these teams feels like the oddsmakers are hedging as best they can with that scenario fully in play. The Broncos new head coach, Nathaniel Hackett, is the former Packers OC over Rodgers the last couple seasons.

Tampa Bay is in an area of the board where the door remains ajar on Tom Brady returning
Tom Brady retired a few weeks ago, for at least that’s what he claimed he was doing. Many around football question just how Tom Brady will handle down time at home, being around the wife and kids full time, and the general absence of competition that comes with winning seven Super Bowls. In fact, according to reports, the Buccaneers are leaving open the possibility of Brady changing his mind. At 25/1 on the odds board, the oddsmakers are counting on, at the very least, the Bucs finding a competent replacement for Brady. That said, if you believe he might come back, then the Bucs at 25/1 WITH Brady are an incredible value play.