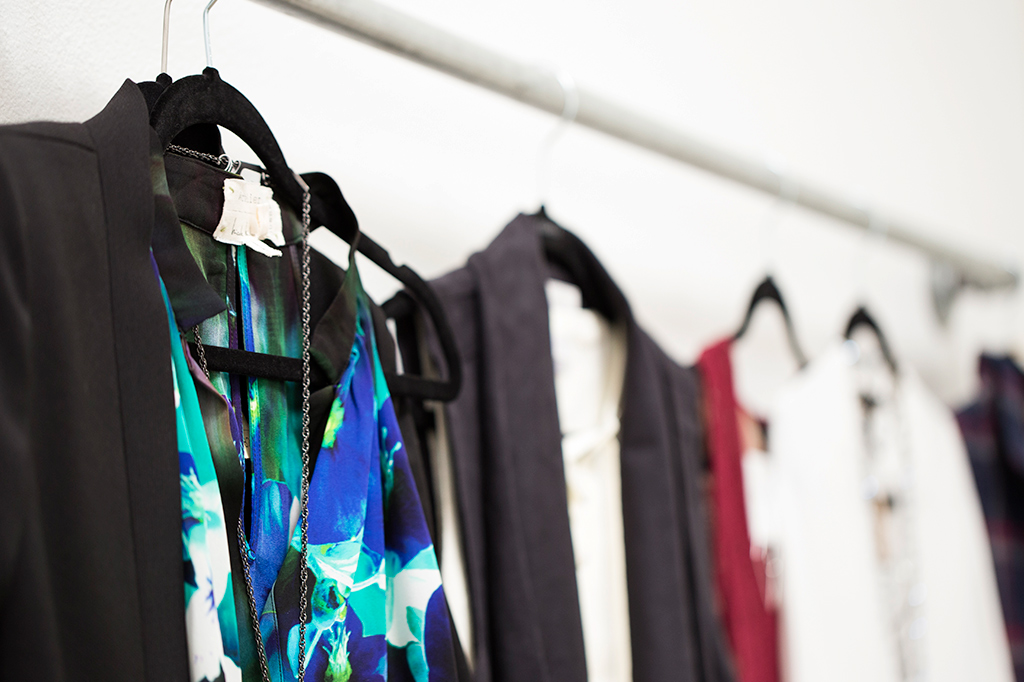 Dallas-based Makers Valley, a fashion tech company that connects independent fashion brands with Italian artisans, has launched its second venture. Called Orma, the new app gives consumers more information about the way retail clothing items are produced. “What Orma is at its core is a fashion transparency and sustainability app,” says Tiffany Chimal, co-founder and COO of both Makers Valley and Orma.

The app generates a QR code that shoppers can scan to view a profile of the factory where the item was made, including its location, materials used, and videos of its journey from conception to store. “A lot of retailers are trying to reinvent themselves and trying to make the shopping experience a little bit different, and this will stand out,” Chimal says. The platform also offers videos, helping retailers extend their marketing reach.

Chimal met co-founder and CEO Alessio Iadicicco while interning in Italy, Iadicicco’s home country. After graduating, Chimal began her own fashion line on Shopify, using connections Iadicicco’s family had to suppliers in Italy, so she could sell custom-made Italian suits to boutiques in Dallas and Brooklyn.

She also found herself competing with suppliers who shipped Italian fabric to New York, sewed their garments there, then placed a “Made in Italy” tag on the final product—which meant they could sell their items much more cheaply than she could. “As long as one part of the process is done in Italy, technically, by law, they can put that ‘Made Italy’ label on it,” Chimal says.

Although her suit-making dreams were dying, she met a boutique owner searching for a denim supplier in Italy. “We had a factory that we knew,” she says, “and so basically, [Makers Valley] was born from that.”

Iadicicco had shared memories of watching factory owners bid on being able to complete for production if runway pieces—whoever could offer the most volume in the shortest time period would win. “I thought, ‘Why don’t we just bring this online, because we already have people that are looking for suppliers, and we can make that part of our platform,’ which is what we did,” Chimal says. The two joined forces with another friend, Babajide Okusanya, to create a platform that would match fashion designers with suppliers in Italy—connecting budding brands directly with artisans, rather than communicating through wholesalers and distributors.

“Factories and artisans are selling [a garment] to distributors, distributors are selling it to wholesalers, and wholesalers then to the retailer. So you see the retailer marking up the product 200 or 300 percent, and really, very little money goes to the artisans,” says Chimal. By narrowing communication, Italian artisans get more of the final price. “They get more of the pie.”

“Forty percent of the high-end, luxury market in the whole world is produced in Italy,” Iadicicco adds. “So, the whole idea for us was, since now we have discovered that there is this need of exclusivity, high-quality, and made in Italy, let’s really connect all these D2C [direct to consumer] brands with Makers Valley.”

The duo launched Makers Valley in 2016 in New York and moved it to Dallas shortly after. The app has since reached 12,000 users and 140 Italian factories. Earlier this year, it became part of accelerator Capital Factory, hoping to further scale. “We have been bootstrapped until now,” Iadicicco says. “The company is profitable, but as an entrepreneur, you get always to that point of, ‘OK, we can keep going like that and become a $10 million company in six or seven years, or we can know exactly where to leverage all the growth pattern by putting more money in it and become a $100 million company.’”

A feature within Makers Valley that allowed artisans to send production photos and videos to brands became the basis for Orma, which means “footprint” in Italian. “Our customers were downloading that content and putting it on their blog,” Chimal explains. “They were also teasing the launch of their brands on Facebook pages and social media. That was when the lightbulb went off, and we thought ‘Why don’t we spin this off and make a whole app that’s independent that retailers and brands can use?’”

Orma is currently in beta mode. Chimal and Iaducucco hope it will garner attention in upcoming tradeshows in Las Vegas and New York. They’re also aiming to reach big box retailers and luxury brands with the platform as consumers’ demand for transparency and sustainability continues to shape the retail sector.

“We’re looking for a retail partner, to use the app and experiment with it and see how we can really meet the needs of retailers with it, “Iadicicco says. “That’s the goal: just continue to optimize and get more users.”

Kelsey J. Vanderschoot came to Dallas by way of Napa, Los Angeles, and Madrid, Spain. A former teacher, she joined…