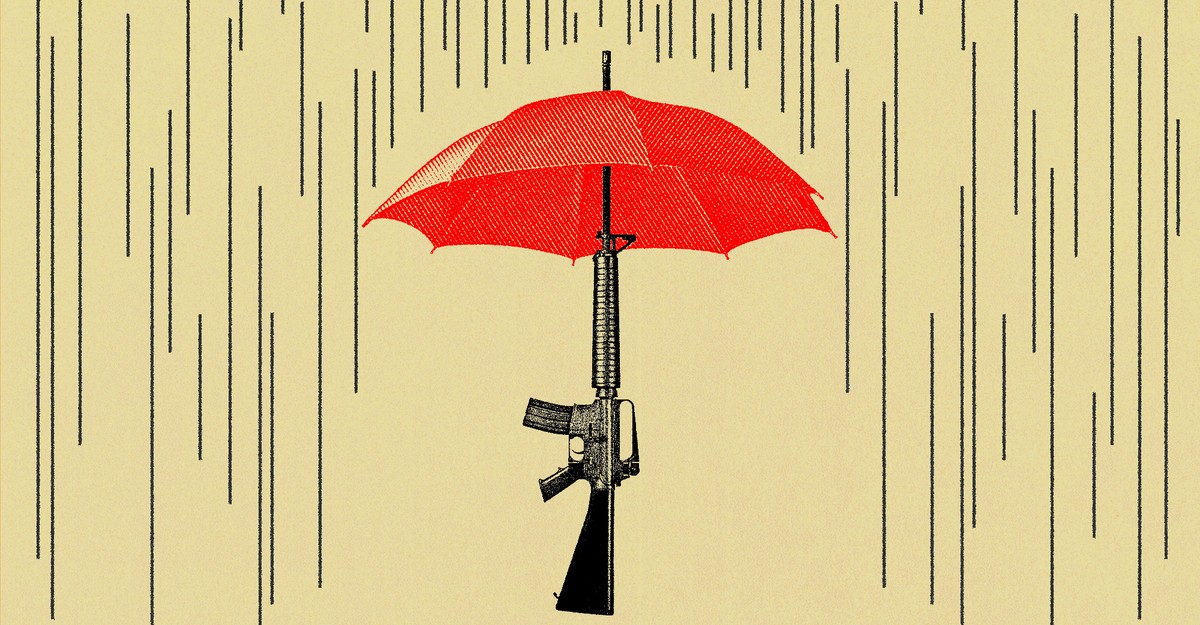 One of the many distressing things about following a crisis like the war in Ukraine from afar is the combination of wishing for people not to suffer and feeling powerless to help them. Even if no single civilian is going to sway the outcome of the war from thousands of miles away, the impulse to reduce others’ suffering is worth listening to.

Determining the best way to help with a global problem, particularly a war, is daunting. Any help helps, though—we shouldn’t overthink it. But we should still, well, think it. “When I go and buy something on Amazon, I at least spend a few minutes trying to figure out if I’m buying a kitchen utensil that’s a piece of junk,” Chris Blattman, a professor of global-conflict studies at the University of Chicago and the author of the forthcoming book Why We Fight: The Roots of War and the Paths to Peace, told me. Surely whatever someone contributes to the Ukrainian cause deserves at least as much deliberation.

One way to try to maximize your helpfulness is to look to the principles of effective altruism, a philosophy of doing good that’s focused on funneling time and money to where they’ll have the most impact. A framework that effective altruists sometimes use to consider their priorities is grading problems on three criteria: importance (or “scale”), tractability (or “solvability”), and neglectedness.

This is how an effective altruist might think about the war in Ukraine: What is its scale? Fairly big—millions of Ukrainians have been affected, and gravely so. Can additional resources help? Humanitarian aid seems to, even if the rigorous data analysis that effective altruists prefer is impractical during the chaos of war. But is Ukraine being neglected? Not at all.

Read: How to make sense of Russia’s war on Ukraine

When I asked Pablo Melchor, the president of an effective-altruism nonprofit in Spain called Ayuda Efectiva, if he’d altered his usual giving in response to the war, he said he hadn’t. “This has nothing to do with how much I care (a lot!) but rather with how much I think my donation could achieve,” he wrote to me in an email. “I know the Ukrainian crisis is going to receive a huge amount of resources and any additional amounts will make a much greater difference in now forgotten tragedies,” such as the hundreds of thousands of children who die from malaria each year.

This is not to pit one tragedy against another, but just to note that the donations a cause receives are strongly dictated by media coverage. An effective altruist might also try to identify less publicized effects of the war itself. For instance, Chris Szulc, a member of Effective Altruism Poland, told me that he was interested in finding ways to provide Ukrainian refugees with mental-health services. Still other donors might take a bigger-picture perspective and fund initiatives that aim to reduce the risk of nuclear war and of large-scale conflicts.

But say you want to do something to try to help Ukrainians in this moment. What’s the best thing to do? For starters, donate your money and time, not physical stuff. “It’s better to send money to trusted organizations, because they can buy blankets or coats or whatever is needed at much cheaper prices,” Melinda Haring, the deputy director of the Atlantic Council’s Eurasia Center, told me. “They can get a brand-new coat for less than it costs for you to ship the coat to Ukraine.”

When it comes to offering up resources, people’s instincts don’t always align with what’s needed. For instance, after the Russian invasion, enough Americans inquired about adopting a Ukrainian child that the National Council for Adoption, an advocacy group, published a statement explaining that “this is not the appropriate time or context to be considering adoption” from Ukraine, because children’s “social, legal, and familial status [needs to be] fully verified by governmental authorities,” which is difficult during a war.

Another example of a well-intentioned but suboptimal impulse: After the war began, people from around the world donated some $15 million by booking Airbnb rentals in Ukraine that they didn’t intend to stay in—a quick way to get money to Ukrainians, perhaps fueled by the satisfaction of donating directly to an individual person instead of helping a less identifiable group of people through an intermediary.

This money certainly didn’t harm anyone, and it may not have been donated otherwise. But as Muizz Akhtar at Vox pointed out, it was not very well targeted: It was directed toward people who had internet access and a property they could rent out. (Airbnb is currently suggesting that people donate their money or their living spaces to a program run by the company’s charitable foundation that provides housing to refugees who fled Ukraine.)

So where should you donate if you want to be most helpful? Haring gave straightforward guidance: “Give to a registered 501(c)(3) charity that has good reviews and that can get assistance to Ukraine.” (She said you can verify that assistance is actually arriving by looking at organizations’ social-media feeds for “pictures of people who have stuff in their hands,” whether aid workers or recipients.)

Some other guidelines from experts I spoke with: Look for organizations that had connections to Ukraine before the war, don’t earmark your donation for the current crisis (because an organization may have more use for it at a later time), and avoid social-media giving fads (some will be less effective, but even the good ones might be getting so much attention that your money would go further elsewhere).

Millions of Ukrainians have had to flee their country as refugees. Millions more are still there, many of them “internally displaced,” sheltering somewhere that isn’t their home. Both of these groups need support, and some organizations that Haring is fond of are Razom, Help Ukraine Center, the American Jewish Joint Distribution Committee, and the East Europe Foundation’s Shelter Project. One way to multiply your impact, she suggested, is to host a get-together and ask people to contribute what they wish to a charity you’ve selected. (For additional ideas, you could check out suggestions from Effective Altruism Poland and from Vox’s Kelsey Piper, who highlights, among other organizations, independent Russian media outlets.)

Read: When you no longer recognize your home country

That’s how to think about what to do with your money. The experts I spoke with had two suggestions for how to most effectively deploy your time. The first was to call or write your representatives in Congress and urge the government to keep supporting Ukraine and to take in more Ukrainian refugees. The second was volunteering, perhaps with a Ukrainian Orthodox church in your area or a local refugee-resettlement organization (which, Blattman said, generally appreciates even a couple hours of your week, especially when refugee crises aren’t in the news).

One last way of thinking about how to be most helpful is to take this moment as an opportunity to reflect more broadly on all the charitable giving that you can afford to do. Michael Norton, a Harvard Business School professor and the co-author of ​​Happy Money: The Science of Happier Spending, walked me through several sometimes unhelpful tendencies that steer donors’ money: People commonly give en masse when crises are in the news, which can make nonprofits’ finances less predictable; they commonly give when they perceive a similarity between themselves and the recipient, which can mean that people overlook groups whom they think of as “others” (whether in terms of race, place, or something else); and they commonly give simply when someone asks them to, rather than because they’ve surveyed all their options and decided on the best cause to put their money toward.

So a final action to take now is to set up a plan that counteracts these tendencies: Do some research to identify a few causes that you think are just and important, while being mindful of how those perceptions might be shaped by the news and your own background. Then sign up to automatically donate some amount of money, even a small amount, each month. As welcome as it is to give in reaction to something that happened, it’s humane to give proactively too.

​​When you buy a book using a link on this page, we receive a commission. Thank you for supporting The Atlantic.