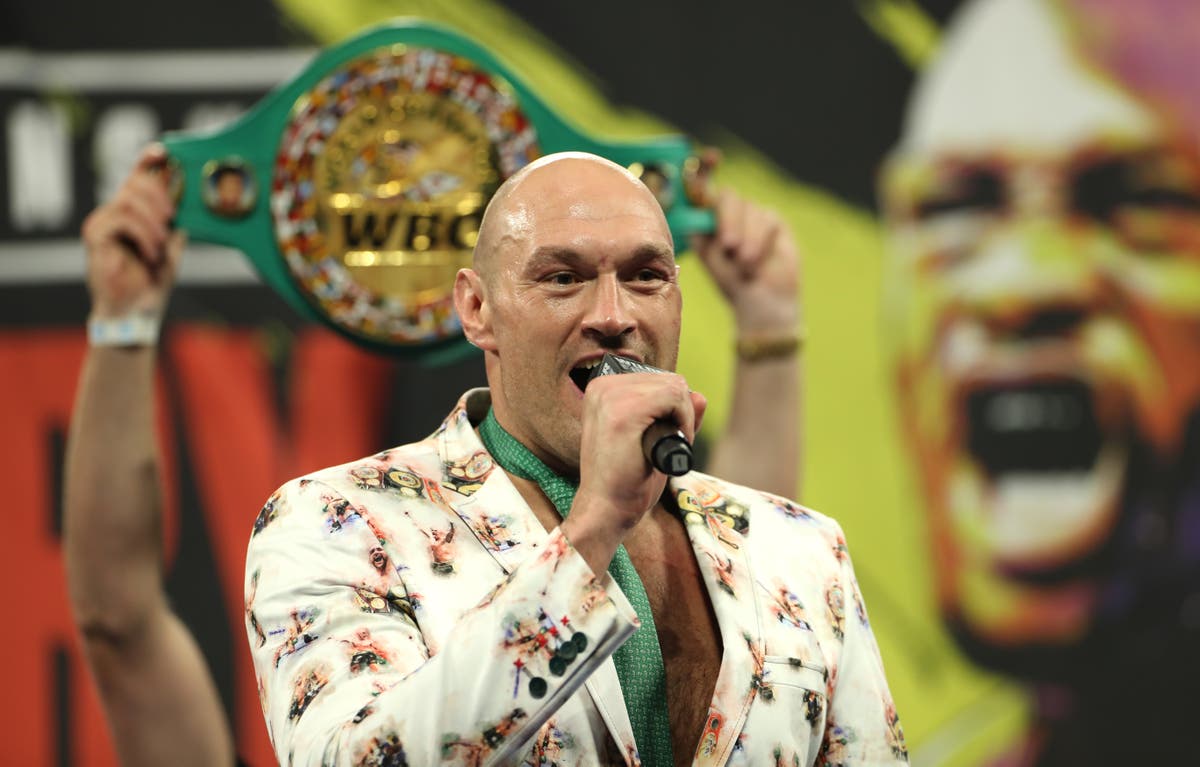 Fury, 33, was ordered in December to defend his belt against Whyte, who is mandatory challenger to the “Gypsy King” and interim title holder.

Whyte seemed to only sign the contract for the fight on the cusp of the 22 February deadline, finally making the bout official after much taunting from Fury.

The challenger then proceeded to skip the first pre-fight press conference in March, preferring to continue training in Portugal ahead of the biggest bout of his career. Whyte, 34, has finally broken a long period of silence, however, and the hype is growing for a huge clash at Wembley.

Here’s all you need to know about the fight.

The fight will take place on Saturday 23 April.

The first undercard bout will begin at 6pm BST, with coverage starting from 7pm. The ring walks for the main event are expected to take place at 9.45pm BST.

Where will it take place?

The fight will take place at Wembley Stadium in London, marking Fury’s first contest on home soil since 2018.

Around 94,000 fans are expected to fill the venue.

In the UK, the event will air exclusively on BT Sport Box Office at a cost of £24.95.

What are the odds?

How much will the fighters earn?

Fury’s promoter Frank Warren won the purse bid with his effort of approximately £30million, which beat the £23m put forward by Whyte’s promoter Eddie Hearn. Both were record bids in the history of boxing.

An 80/20 per cent purse split was agreed in favour of champion Fury, though the split only relates to 90 per cent of the overall winning bid (£27m) – because the promoter must deposit the other 10 per cent.

As such, Fury will thus take home approximately £21.5m, while Whyte receives around £5.5m.

The winner will receive the 10 per cent deposit (£3m).

What are the fighters’ records?

Fury, 33, is unbeaten at 31-0-1 (22 knockouts), with a controversial split draw in his first fight with Deontay Wilder giving way to stoppage wins against the American in the “Gypsy King”’s two most recent bouts.