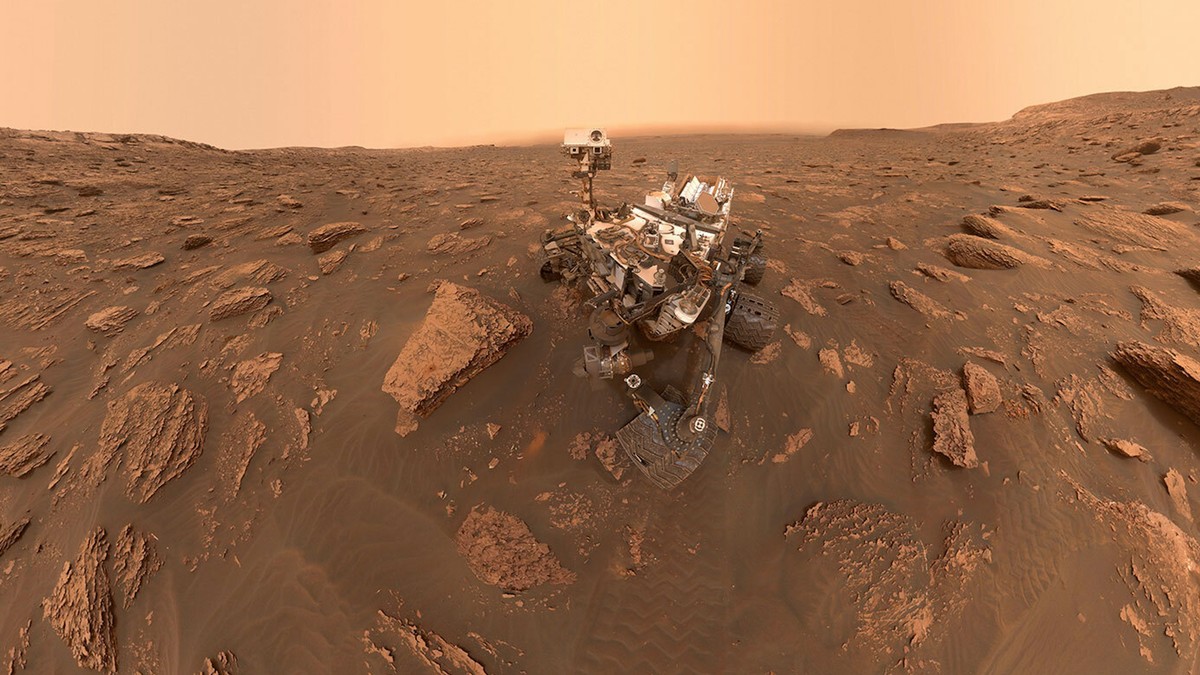 It’s been almost a decade since NASA’s Curiosity rover landed, with spectacular style, in a dried-up ancient lakebed on Mars, but the mission is still making new discoveries.

Curiosity is currently ascending Mount Sharp—the central peak of the crater where the rover landed—where it continues to reconstruct the environment that might have existed on Mars billions of years ago, when the planet had the right conditions to host life.

“The whole question about habitability on Mars is really what Curiosity was sent to answer,” said Abigail Fraeman, deputy project scientist for the Curiosity rover, in a new episode of Motherboard’s Space Show. “What we found with Curiosity was that there was liquid water at this site. We think this was water that would have been nice and drinkable—really kind of friendly for life chemistry.”

“Then, as we’ve climbed this mountain, we’re seeing just continued evidence that liquid water would have been there for a long time, probably millions, if not tens of millions of years,” she continued. “We also did discover that the building blocks of life that are needed, organic molecules, were also present in the lake and preserved in the rocks. So, Mars was habitable in the past.”

While Curiosity has now solved the central question it was sent to Mars to pursue, it is still revealing new insights and capturing stunning pictures as it climbs up Mount Sharp. The rover also paved the way for NASA’s newest Mars rover, Perseverance, which landed in another ancient body of water on Mars last year. Curiosity pioneered a complex entry, descent, and landing sequence, nicknamed the “seven minutes of terror” because of its audacious maneuvers, that Perseverance also used to successfully touch down on the red planet.

In the new episode, Fraeman shares the stories behind these incredible rovers, and the missions that led to them, while also teasing some details about future plans to explore our neighboring world.

“There’s so much to look forward to,” she said. One of the coolest things about Mars is how old its rocks are. On Earth, our oldest rocks are eroded away, and recycled back because of plate tectonics. It’s really hard to find places on the planet that have really old rocks. That’s not a problem on Mars.”

“Mars has a record of the first billion years of its history still preserved and we’ve never had a chance to explore that before,” she concluded. “Mars is the only place in the solar system to go if you want to find out what planets are like right after they form. We don’t have that record preserved anywhere else in our solar system.”