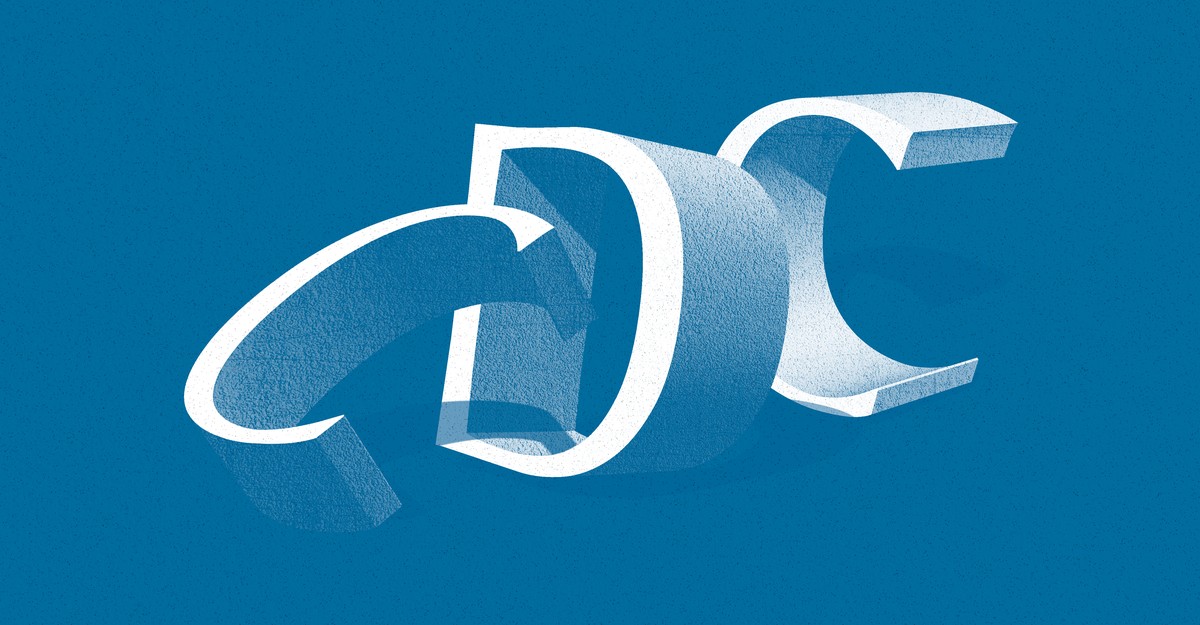 With more than a million Americans dead from COVID-19, monkeypox in all 50 states, and polio likely to have been spreading for months unrecognized, one of the few uncontroversial observations about public health in the United States is that it is ailing. But accurate diagnoses of the problems with public health are essential, and some suggestions for reform have potentially deadly consequences. Getting the diagnosis right—and doing so quickly—is the first step toward restoring trust and saving lives.

The Centers for Disease Control and Prevention, the agency that I led during the Obama administration, has just released commitments to improve its ability to protect health and save lives. The CDC’s push for faster responses; clearer, simpler, and more consistent communication and public guidance; better and more timely data; and a culture focused less on publishing academic papers than on nimble action is a step in the right direction. These greatly needed and long-overdue improvements acknowledge many of the agency’s problems.

But even if the CDC’s proposed reforms succeed, much of what’s broken is outside of the agency’s control. The United States suffers from chronic underfunding of local, city, and state public-health departments; a health-care system that is not structured to provide consistent care to patients; lack of standardization across states for collecting and reporting anonymized data for disease detection and response; and a broad increase in political polarization that shrinks the space for nonpartisan action and organizations. White House actions under both Republican and Democratic administrations have undermined the CDC’s credibility, its freedom to speak directly to the media and public, and the public’s perception of its scientific independence.

To highlight these extrinsic factors is not to excuse the CDC’s failures during the COVID response, but to frame realistic expectations for what reform can accomplish. As the prescriptions of CDC Director Rochelle Walensky acknowledge, the agency has failed, among other things, to communicate clearly, promptly, and effectively about emerging health threats; have timely and accurate data; provide practical, implementable guidance; and adequately explain the rationale for its recommendations.

One unequivocal failure was the CDC’s initial laboratory test for COVID, which contributed to the explosive spread of the disease in the early months of 2020. Although the CDC has now published a scientific article with a clear explanation of the laboratory-test error that proposes fixes to prevent a similar problem in the future, it has not spoken to the public about the incident or about specific errors in guidance, communication, and timeliness. Doing so will help rebuild public trust and support.

The three fundamental intrinsic problems the CDC must address are slowness, impracticality, and lack of strategic thinking. Walensky’s reforms hint at these, but not at the etiology of these weaknesses. The root cause of the first two problems is that too few of the thousands of dedicated expert staff have substantial experience implementing public-health programs in the field. And lack of strategic thinking is nearly inevitable in an agency that Congress has divided into more than 150 different budget lines.

Three essential reforms can make the CDC much more effective at detecting and stopping health threats. First, Congress must provide the CDC with sufficient, stable, and efficient funding, including flexible emergency-contracting authority. Adjusted for inflation, the CDC’s budget is 25 percent lower than it was in 2004. We spend at least 300 times more on our military defense than we do on our health defense. Agencies such as the National Institutes of Health and the Department of Defense receive predictable annual funding increases that outpace inflation. Why should the CDC, tasked with the health defense of the nation, be different? The CDC, unlike FEMA, lacks sufficient authority to work quickly in an emergency. And it faces a tangled mess of budget lines that constrain the agency from reallocating resources when it needs to mount a swift response. As New York City health commissioner, I had access to $20 million to $40 million a year in flexible funding, compared with amounts ranging from zero to $3 million a year as CDC director. As director, I made more than 250 trips to Washington, D.C., to try to increase the CDC’s budget and build strong and deep bipartisan support. Congress must provide the CDC with sustained funding, potentially by advancing a new budget mechanism to ensure that resource requirements can be met regardless of budget caps.

The CDC’s proposed reforms include administrative improvements, which, while not the stuff of headlines, are vitally important. These include authorities that Congress can grant to increase the flexibility of hiring, improve policies for hazard and overtime pay, and enable quick procurement and contracting in an emergency. Giving the CDC authority to collect standardized, anonymous health data is also crucially important.

Second, the CDC must exponentially increase collaboration with state, city, and local health departments. Although the CDC currently embeds more than 600 staff members in health departments around the country—including Epidemic Intelligence Service officers, Public Health associates, and specialists in immunization, tuberculosis, and sexually transmitted infections—we need five to 10 times that many. Staff need at least two to five years in the field to gain hands-on experience before rotating to CDC headquarters to infuse the organization with a renewed focus on rapid, practical action. For this to occur, Congress will need to provide more resources and mechanisms to enable a locally embedded workforce.

Just as we would never subject ourselves to surgery by a doctor who had only textbook familiarity with a complex operation, we shouldn’t accept a CDC workforce that lacks frontline experience implementing public-health programs in the field. The crucial need to align the CDC with state and local public-health agencies has not received nearly the amount of attention it deserves; public health works when it is community focused, locally led, and connected to trusted systems of health care.

Third, and most important, the CDC needs to regain its voice and rebuild trust with the American people. The White House and the Department of Health and Human Services must give the CDC and its subject-matter experts the independence and freedom they had during the agency’s first 70 years to speak with the media at length, sharing the deep knowledge of CDC scientists and the reasoning, dilemmas, and potential shortcomings behind their recommendations and guidance. The CDC literally wrote the book on communication in a health emergency, yet it has not consistently followed—or perhaps not been allowed to follow—its own advice: Tell people what you know, how you know it, what you don’t know, and what you’re doing to try to learn more. Be first, be right, be credible, be empathetic, and give people practical things to do to protect themselves, their families, and their communities. Walensky is right to champion the CDC’s unparalleled scientific expertise; [I miss  being able, as CDC director, to speak with some of the world’s top experts about pretty much any emerging or reemerging health problem. Every person in the U.S. should have this privilege through improved communication by the CDC. Rebuilding trust will require hearing from people at its headquarters in Atlanta who have worked on outbreaks for decades, not from White House or HHS appointees.

The challenges to our public-health system are not new, and addressing them will not be easy. As CDC director, I scraped together funds to create the Public Health Associate Program, which has put more than 1,000 people into state and local health departments. The program was a good first step, but it needed to be much larger. I realized the labs were struggling and put laboratory safety and science under an office that would report directly to me, a move that was later reversed. And I tried to fix some of the agency’s budgetary problems by consolidating budget lines to provide greater flexibility in spending, learning the hard way that consolidating lines could backfire and set the stage for cuts. In short, I saw many of the agency’s problems and did my best to fix them, but although I made some progress, it wasn’t nearly enough. Those experiences now inform my suggestions.

One particularly dangerous prescription for reform—the public-health equivalent of a quack cure—advocates a “return to the agency’s founding mission,” code for eliminating programs that reduce the burden of the country’s leading causes of death. The CDC’s core mission is to save lives and protect people from health threats. If we swallow this miracle cure of limiting the CDC’s reach to only infectious disease—an idea favored by the tobacco, alcohol, and junk-food industries—more Americans will die. Public-health monitoring and action, led by the CDC, have driven much of our progress in reducing deaths from heart disease, stroke, and cancer. A review of the CDC’s first 50 years identified important progress in the areas of motor-vehicle-crash fatalities, workplace injury and exposures, food safety, maternal and child health, access to safe family planning, dental caries, and tobacco use.

[Read: Is the CDC losing control?]

Any one of these programs may be relevant to an emergency response. In the 2016 CDC response to the Zika outbreak, which I oversaw, experts from the birth-defects, reproductive-health, mosquito-control, laboratory-testing, and health-communications staff, among others, all worked together intensively and successfully to safely stop the spread of the disease and protect infants from birth defects. COVID-19 has again demonstrated that infectious diseases hit people with underlying illness hardest. Removing these programs would reverse decades of progress, further diminish the U.S.’s already lagging health status relative to our global peers, and force the CDC to confront health threats with the equivalent of one arm tied behind its back.

While traveling in Europe, Asia, and Africa recently, I heard from health and public-health leaders that the CDC’s loss of trust and respect is not just dangerous for the United States—it is, as one public-health leader in Africa told me, “a catastrophe for global public health.” The CDC has been the flagship of public health for three generations, and the world is counting on the U.S. to restore the institution. Fixing the agency requires accurate diagnosis, appropriate prescriptions for change, and persistence in seeing needed changes through to actual implementation.