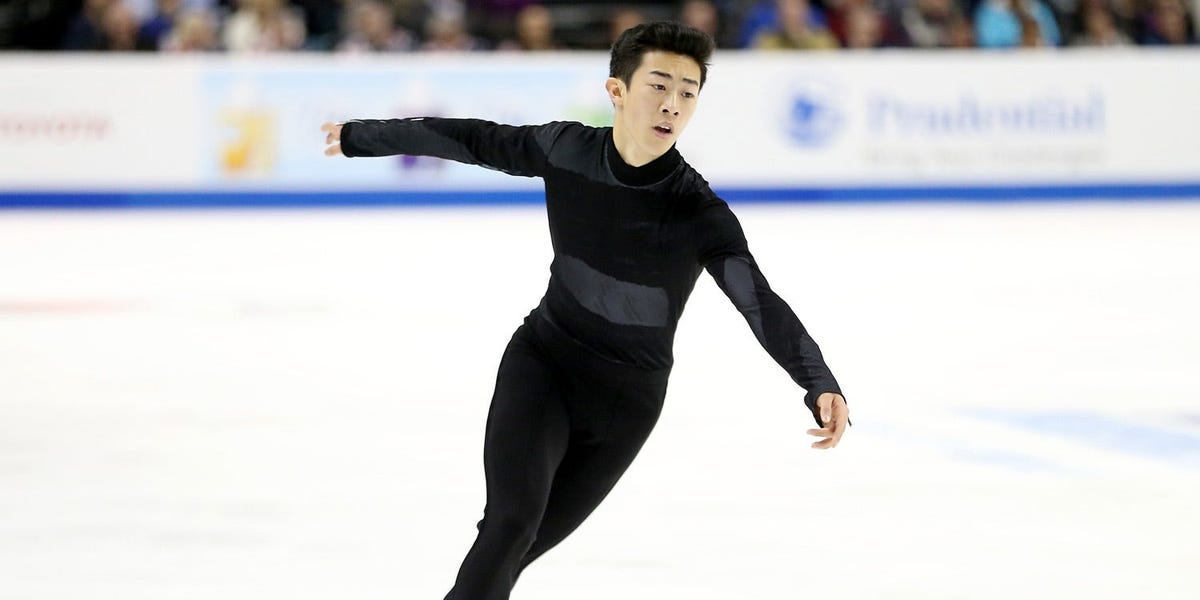 Prices are accurate at the time of publication.

When you buy through our links, Insider may earn an affiliate commission. Learn more.

Figure skating events at the 2022 Winter Olympics begin on February 3 and run through February 19. All events will be streamed live on Peacock and select events will be broadcast live or re-aired during NBC's primetime coverage.

Team USA has a few chances to bring figure skating medals home this year. Nathan Chen, who earned a bronze medal in the team event in 2018, continues to dominate the sport and is looking to medal again in his second Olympics.

Teenage newcomer Alysa Liu is also in the mix to challenge front-runners for a medal. In the ice dancing competition, veteran pair Madison Chock and Evan Bates are looking to medal for the first time as the competition landscape has changed since 2018.

Team USA is also making history at this year's Olympic games. Timothy LeDuc is set to become the first openly non-binary winter Olympian. They will be competing in the pairs figure skating event with Ashley Cain-Gribble.

How to watch Olympic figure skating

Every figure skating event during the 2022 Beijing Olympics will be streamed live on Peacock's Premium streaming subscription. A Peacock Premium plan costs $5 a month.

Select figure skating events will also air live on NBC, USA, and the Olympics Channel. If you have access to NBC through a pay-TV provider, you can stream those events on the NBC or NBC Sports app, and on NBCOlympics.com.

If you don't have cable, you can watch NBC's broadcast coverage on a live TV streaming service, like Sling TV, FuboTV, Hulu + Live TV, or Youtube TV. The most budget-friendly option of the bunch is Sling's Blue plan, which costs $35 a month. New customers can get their first month for $10. This plan includes NBC and USA, but you have to pay extra to get the Olympic Channel.

Note: NBC is only available in select markets, so be sure to check availability on Sling's website first.

Medals in the team competition will be awarded following the conclusion of the women's free skate.

Medals in the men's singles event will be awarded following the conclusion of the men's free skate.

Medals in the ice dancing event will be awarded following the conclusion of the free dance.

Medals in the women's singles event will be awarded following the conclusion of the women's free skate.

Medals in the pairs event will be awarded following the conclusion of the pairs free skate. NBC primetime will also air the gala, which concludes figure skating in Beijing with a creative and unscored event where all of the top skaters will perform beginning at 11:30 p.m. ET.