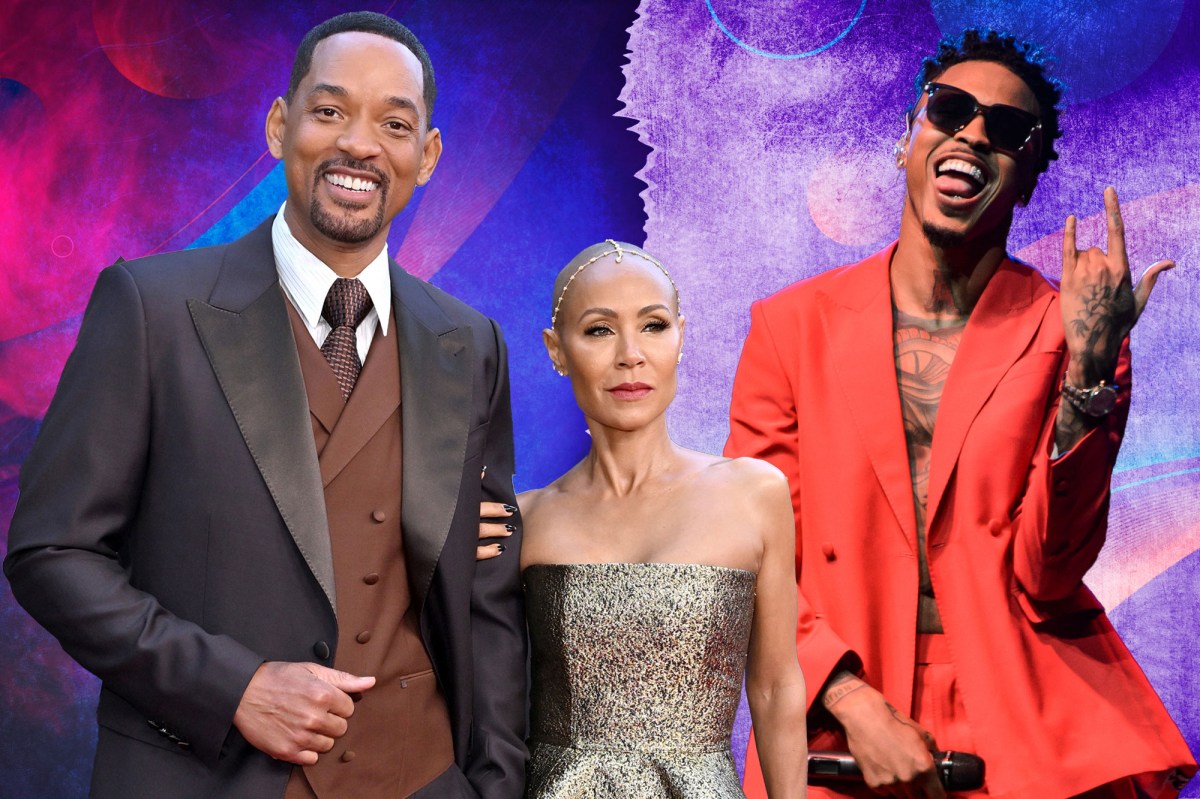 Will Smith is hotly tipped to become only the fifth black man to take home the Best Actor Oscar on Sunday, March 27.

If he wins for “King Richard,” in which he plays Richard Williams — the fiercely ambitious and eccentric dad of tennis champs Serena and Venus Williams — he’ll be following in the footsteps of Sidney Poitier, Denzel Washington, Jamie Foxx and Forest Whitaker. He has scooped every other big gong this awards season, including the SAG, BAFTA and NAACP image awards.

But the 53-year-old star continues to be dogged by headlines over his ‘open’ marriage to Jada Pinkett Smith, his wife of 25 years.

Last Sunday, when he missed the BAFTAs to stay in Los Angeles for the Critics Choice Awards, host Rebel Wilson quipped that his “best performance in the past year was being OK with all his wife’s boyfriends.”

But as one industry source told The Post: “Look at all the A-list couples on the red carpet — who knows what goes on with them. At least with Jada and Will, there is no pretending.”

“Their love is deeply rooted and it goes to the core and neither one is going anywhere,” said a Smith family source. “But just because that love is present does not mean that every need is necessarily met within the marriage. An outside experience is occasionally desired or, one would say, needed.”

One insider who knows the couple told The Post that it was was too simplistic to say the couple has an open marriage, explaining they had gone through therapy and come out the other side: “It’s not true to say they were never monogamous to begin with — this is the evolution of a marriage.”

“Will put his heart and soul into ‘King Richard’ — it’s the movie that made him fall in love with acting all over again,” the insider said. “And for this success to be overshadowed by sensational headlines is just so sad.”

In 2020, the couple came clean about Jada’s “entanglement” with R&B singer August Alsina, who had previously claimed that he had an affair with the actress.

“I totally gave myself to that relationship for years of my life, and I truly and really, really deeply love and have a ton of love for her,” Alsina said on “The Breakfast Club” morning show.

A month later, Will and Jada took to her Facebook Watch show “Red Table Talk” to admit it.

“I was done with your ass,” Will told her.

She went on to admit that she had been in “a relationship” with Alsina but that she didn’t consider it a “transgression” because she and Will were on a break at the time.

Then, in September 2021, Will told GQ that their relationship had evolved beyond monogamy and that the two had “given each other trust and freedom” within their union because marriage “can’t be a prison.” He added: “Jada never believed in conventional marriage.”

Writer Wesley Lowery, who interviewed Will for GQ, said, “A viewer could have walked away thinking that Jada was the only one engaging in other sexual relationships, when that was not, Smith delicately explained to me, in fact the case.”

According to the family source, the couple is in a better place now than they were during Jada’s “entanglement.”

“Things have been talked out between the two and, at the end of the day, they do care for each other. Even before the love, there is a solid friendship, a strong foundation,” said the family source: “They could easily get a divorce but for what? What would that prove? At least they are honest with each other, which is something that a lot of married couples cannot say. People cheat all day long, especially married couples. Every marriage works differently — you just happen to know their business because they are public figures.”

Another source told The Post that Will and Jada are ” wildly sexual.”

The Smiths’ reps declined to comment for this story.

The family source told The Post that Will and Jada are refusing to let chatter about their “open” marriage distract from the actor’s Oscar pursuit.

At the SAG Awards last month, E! red carpet host Laverne Cox said to the couple, “Thank you for all the years of joy you’ve brought us. We can’t wait for more ‘Red Table Talk’ and more ‘entanglements.’”

“No more of those,” Jada said more than once while Smith, beside her, forced a grin.

Nonetheless, it’s believed he has a solid shot at winning. “Will has always been respected in Hollywood, people genuinely like him,” a Hollywood insider told The Post. “The Oscars are partially for acting and partially for popularity — that’s his turf.”

Smith has talked about the highs and lows of navigating Hollywood after growing up in an abusive home.

In his 2021 memoir, “Will,” the actor wrote that he forged his movie-star persona to hide “the coward” he felt like as a child, after watching his father, Willard Carroll Smith Sr., abuse his mother, Caroline.

“I was probably nine, and I watched my father beat up my mother,” Smith told the “Today” show in November: “And I was too scared to do anything. And just on my young mind, it became imprinted. It’s like, what kind of kid stands there and lets somebody hit their mother and they don’t do anything, you know? And that became really the core trauma of my childhood that my personality and my persona became to form around, to be the opposite of that, you know? I was never going to be scared again.”

Smith transformed himself into a charming rapper, an action hero, a sitcom star able to make millions laugh, a sex symbol and, with movies like “Six Degrees of Separation” and “King Richard,” a serious actor, too.

He has said that he saw parallels between his father and Richard Williams, who took his girls from the streets of Compton to the grass courts of Wimbledon.

“There was a certain amount of brutality that Richard Williams and my father suffered that created a certain hardness and endurance,” Will told Kotb.

“What was really difficult for me is my father’s my hero,” he added of Smith Sr., who died in 2016. “My father’s the greatest person I’ve ever known, and that dichotomy breaks a young mind, you know? It’s like, how do you love somebody who did that?”

Therapy and self-exploration have helped Will, and Jada — whose share son Jaden, 23, and daughter Willow, 21 — work through past hurts.

The actor revealed in his memoir that, after they temporarily split in 2011, he visited a tantric sex expert and tripped on ayahuasca “14 times” to help heal his broken heart.

They’ve been through therapy, and this is where their relationship has landed,” said the insider. “They love each other very much.”

Still, the family source doesn’t understand why Alsina or anyone else involved with the Smiths would publicly expose what was, apparently, a pretty good set-up.

“Leave it to a youngin’ to open his mouth and blow up the whole situation,” the family source said. “Trust and believe, there are others that can talk — but why mess up a good thing, especially if it is working to your benefit?”