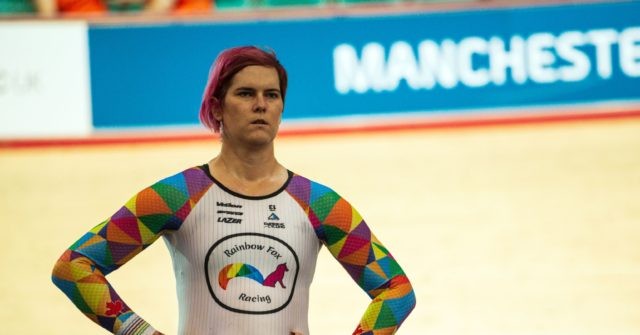 Britain’s Culture Secretary Nadine Dorries has said it is “impossible” for transgender people to compete fairly with women in sports and said that biological women should be protected by sporting bodies.

Government minister Nadine Dorries said that while she would prefer not to have to enact laws to prevent transgender athletes from competing against natural women — i.e. take real action on the issue — she suggested that sporting bodies should take action to safeguard women from unfair competition.

“I am absolutely of the opinion that it is impossible for a transwoman to compete in women’s sports. You can choose your gender and we will support you and help you to do that… but you cannot change your biology,” the culture secretary told GB News.

“You cannot change that you were born male or that you were born female, it is what it is. I’m afraid even with those athletes that try to get their testosterone levels below the limits, if somebody has been through puberty, it isn’t that case that it will make a significant difference,” the Mid Bedfordshire MP asserted.

The issue of biological males competing in female sports has come to the fore as a point of contention again after American swimmer Lia Thomas began to crush records in women’s competitions and defeated several Olympic female swimmers after having what detractors say was a middling career competing against men.

Britain has also seen controversy over the issue, with cyclist Emily Bridges, who was born as a male, recently being banned from competing with biological women — although British Cycling is currently reviewing its policy.

– Told it is a ‘ technically’ as Bridges has to wait until current UCI registration runs out to compete as a woman
– But was talk of a boycott by GB female riders pic.twitter.com/URSXWWLQYr

Nadine Dorries said “I hate making laws. I would prefer the sporting bodies to come together and I have asked for a round table with them to discuss this” — essentially passing the buck.

“[Sporting bodies] can come together and reach a position that protects female athletes, but also shows compassion to trans athletes and helps them achieve their goals. Maybe that is having trans categories, I don’t know, but what I do know the bottom line is you cant have transwomen competing in females sports,” she said.

Her reluctance to take the lead on the situation herself comes despite the fact that her full title is Secretary of State for Digital, Culture, Media, and Sport, with sport a clear area of responsibility for her within government.

As in America, the issue of transgenderism and the nature of womanhood has also become a political issue, with the leader of the left-wing opposition Labour Party, Sir Kier Starmer, coming under criticism for failing to answer whether women can have penises.

Conservative MP and Chancellor of the Exchequer Rishi Sunak has also struggled to answer simple questions surrounding sex and gender, buckling under questioning last month as to what he believes a woman is.

Health Secretary Sajid Javid has been somewhat more forthright, stating: “My own view is that when it comes to sport, it should be about sex rather than gender and sex should be based on your biological sex.”

Prime Minister Boris Johnson, for his part, recently came out forcefully against biological males competing in female sports, saying: “Maybe that’s a controversial thing to say. But… it just seems to me to be sensible.”

Like Dorries, however, neither Johnson nor Javid are using their position of power to actually resolve the issue at this time.

Conservative MP Comes Out as Transgender, Claims to Have Been Raped and Blackmailedhttps://t.co/WEOzKVYO1K