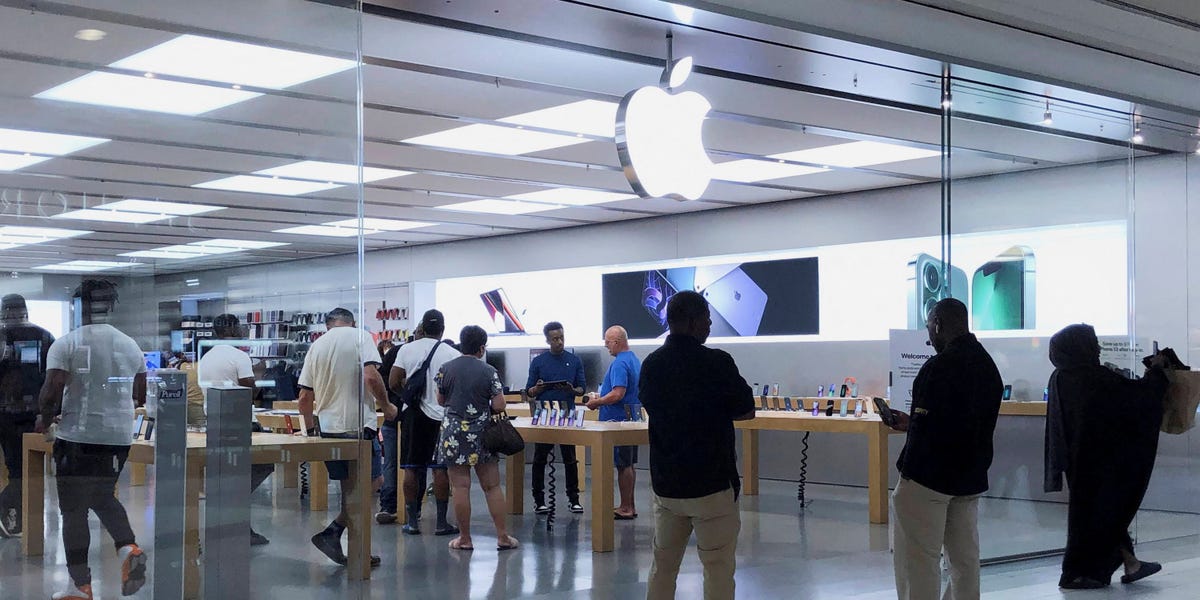 “We have a relationship that’s based on an open, collaborative and direct engagement, which I feel could fundamentally change if a store is represented by a union under a collective bargaining agreement,” said Deirdre O’Brien, Apple senior vice president of retail and people.

The video message was sent to 58,000 retail employees among about 270 stores in the US, Bloomberg and Vice reported.

Vice published a “portion” of the audio it said it got from a source. The outlet added the video is watermarked “with a seemingly unique string of characters, presumably to identify anyone who leaked it to the press.”

In the audio, O’Brien said she thought a union would hinder Apple’s connection with its employees.

“I worry about what it would mean to put another organization in the middle of our relationship, an organization that does not have a deep understanding of Apple or our business, and most importantly, one that I do not believe shares our commitment to you,” she said, per Vice.

O’Brien referenced how the company boosted sick days and parental leave, which it did in February, CNBC reported, and added that a union would make it harder to move quickly to address employee concerns.

“I want you to know that we are listening,” O’Brien said.

These types of arguments are relatively common when employers are trying to encourage employees not to unionize, according to labor advocates in Unit, such as that a company is currently connecting with employees or that a union is an unwanted outside entity.

And Apple certainly has the beginnings of a retail labor movement on its hands. In Atlanta, Apple workers at one store filed for a union election in April, which was a first for the company.

“Apple is a profoundly positive place to work, but we know that the company can better live up to their ideals,” said Derrick Bowles, who works at the Atlanta location, in a press release, Insider previously reported.

The Washington Post reported in April that Apple store employees in New York City had begun to collect signatures to unionize as well. The company is facing unionization efforts in Washington state and Maryland as well, Bloomberg noted.

Apple did not immediately respond to a request for comment.