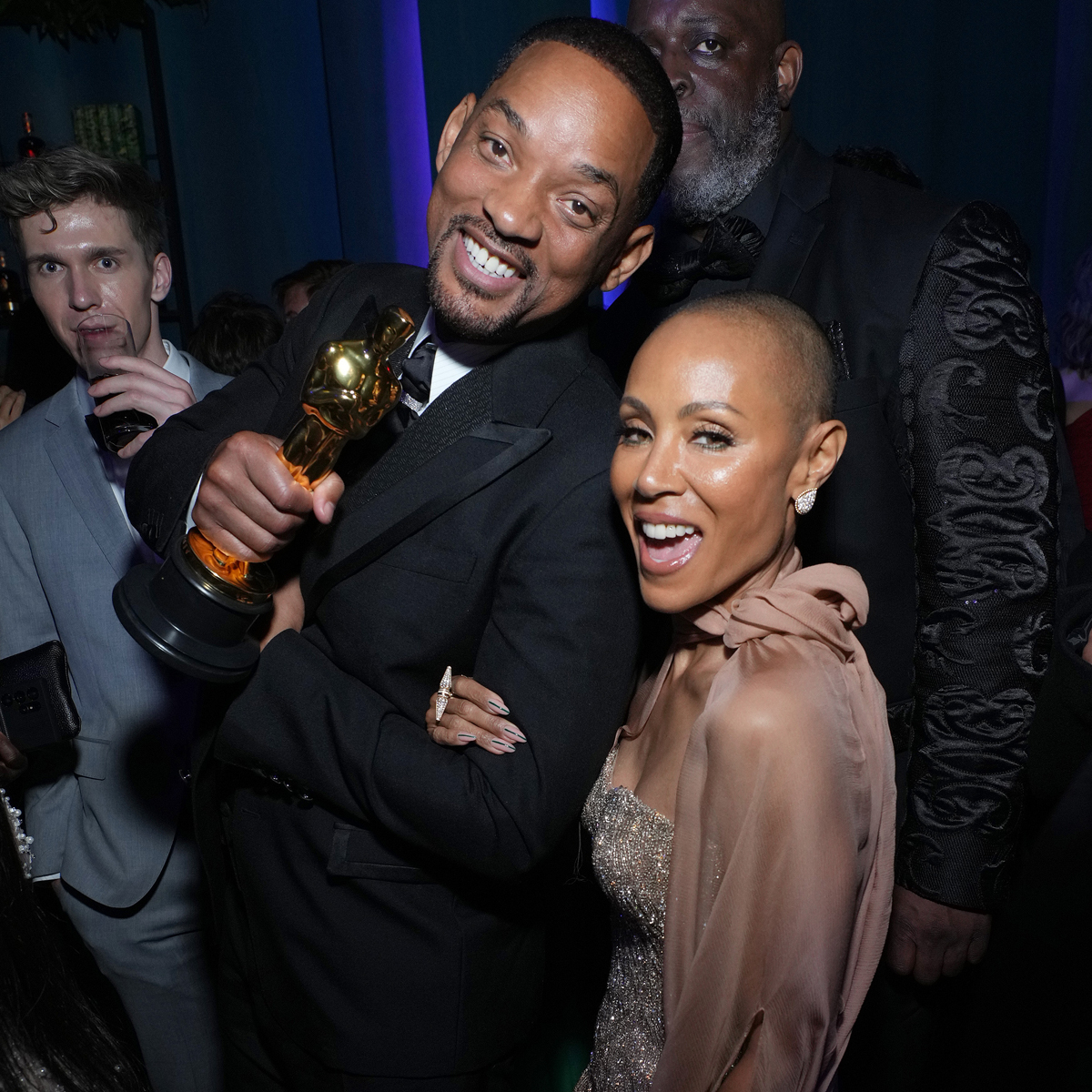 Will Smith wasn’t about to let his altercation with Chris Rock ruin his big night.

Following the 2022 Oscars on March 27, the 53-year-old actor—who slapped the comedian during the ceremony over a joke about his wife Jada Pinkett Smith—headed over to the Vanity Fair after-party to celebrate his Best Actor win.

Smith posed with his family on the red carpet and headed inside, where he was “acting as if nothing happened,” a source exclusively told E! News.

“He was laughing and honestly looked like he was having the time of his life,” the source shared on March 28. “He was obviously emotional in his speech but not at the party. He was in a very celebratory mood.”

As for Pinkett Smith, she was also in a “great mood” and hanging out with other guests, the source said. “She seemed happy and unaffected.”

Smith—who nabbed the Best Actor award earlier that night for his powerful performance in King Richard—carried his Oscars statue around and was “proudly” holding on to it while dancing at the party, according to the insider.