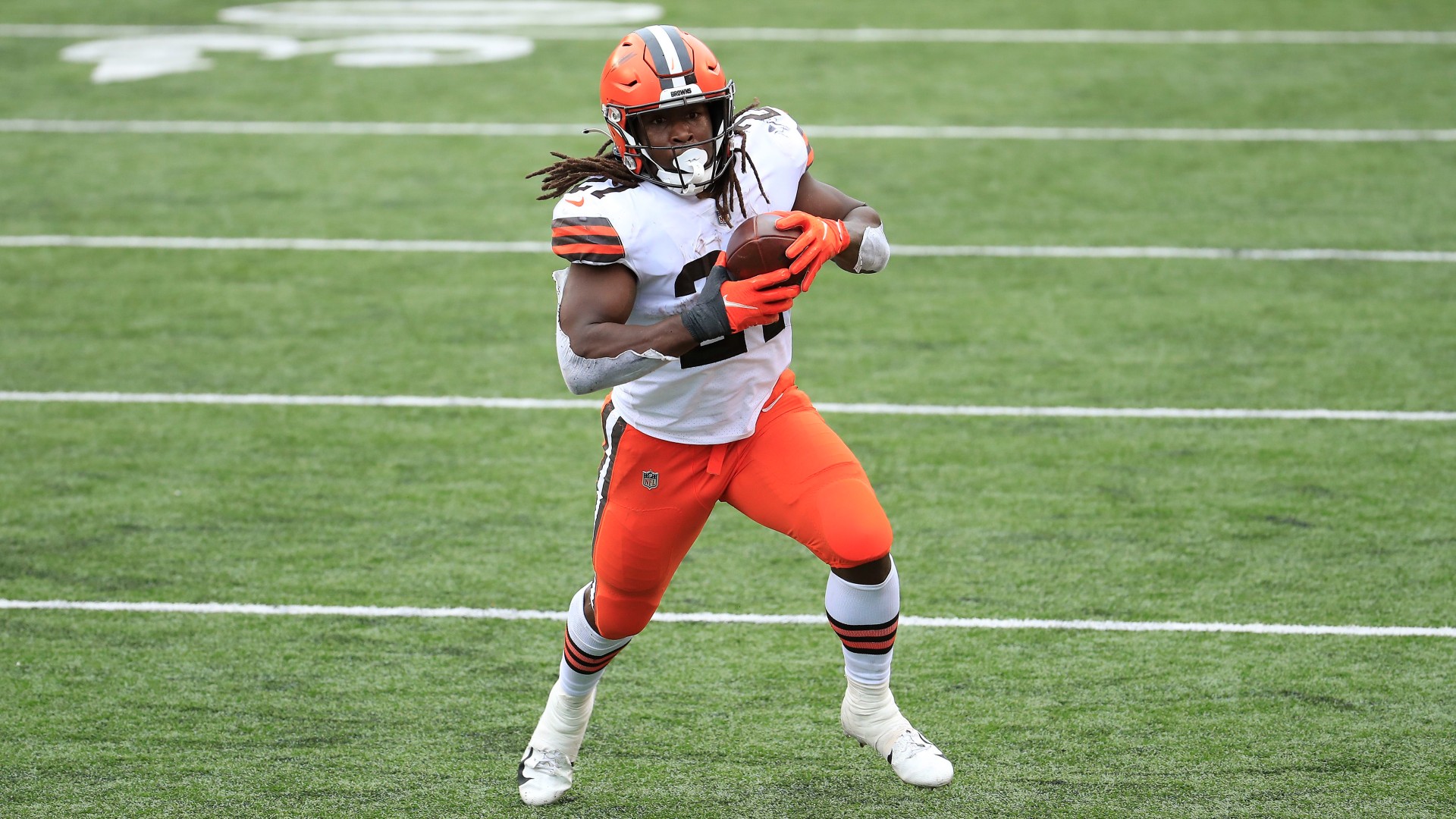 Taking a start ’em, sit ’em decision down to Monday night with a fantasy championship on the line is a gutsy move, but owners with Kareem Hunt might find themselves in that position. Hunt is “questionable” because of a knee injury ahead of the Browns’  Week 17 Monday Night Football showdown against the Steelers, and given the favorable matchup, plenty of owners might be considering playing him. We’ll have the latest injury updates below and dive into whether Hunt is worth waiting for.

We’ll continue to update this article with news on Hunt up until the official active/inactive report comes out on Monday around 6:45 p.m. ET. For all the latest fantasy updates, follow us on Twitter @SN_Fantasy.

Hunt (knee) hasn’t played since Week 14 because of his injury and a bout with COVID, but he managed to get in limited practices on Friday and Saturday this week and is officially “questionable” ahead of Monday’s game against Pittsburgh.

Considering the Steelers are allowing the fifth-most fantasy points to RBs, this is theoretically a good spot for Hunt, who had been having a solid season before a calf injury sidelined him in Week 6. He returned in Week 12 but played just 23 snaps. After a Week 13 bye, he was injured early in Week 14.

Based on his usage in his first game back from injury in Week 12, we know Hunt is even riskier than usual this time around. He could easily have a solid performance given the matchup, but with his status up in the air and his snap count in serious question, Hunt doesn’t seem worth waiting for. Even if you’re able to put him in a flex spot, you don’t have many viable pivots if he’s out. Browns’ backup RB D’Ernest Johnson doesn’t play much as long as Nick Chubb is healthy, and Pittsburgh’s backup RBs barely play at all. You’d likely be forced to go with a boom-or-bust WR like Donovan Peoples-Jones, Ray-Ray McCloud, or James Washington. You could also try a TE like David Njoku or Austin Hooper.

Chances are, you have a much better flex option who will be in action Sunday on your bench. With league titles on the line, it makes sense to just start that player. However, if you really want to hold out for Hunt, you can. He seems a little more likely than not to play, but just make sure you have one of the pivots mentioned above on your roster.