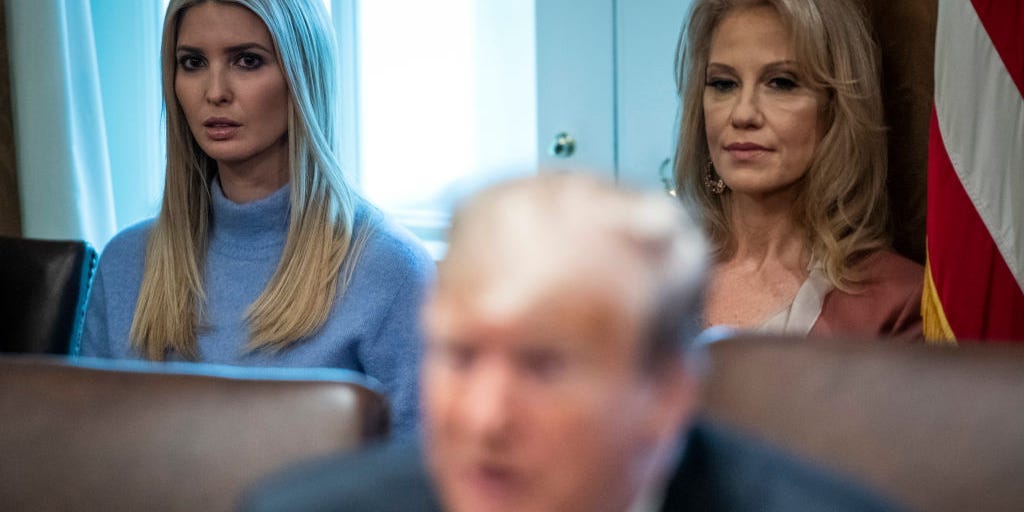 The Washington Post published excerpts of “Here’s the Dea,” which details her years serving as one of Donald Trump’s closest advisors and media surrogates.

She writes that at one point Ivanka Trump, Donald Trump’s eldest daughter, handed her a Post-it note with “the names of two local doctors who specialized in couples therapy.”

At the time, Conway’s husband, George Conway, a Republican lawyer, had begun criticizing Donald Trump on Twitter, building a reputation as one of Trump’s most high-profile GOP critics.

The media took special interest because of the obvious rift between the couple when it came to Trump.

“I noticed she had avoided putting that in a text or an email. I appreciated the information and her thoughtfulness and wanted to pursue it,” Conway recalled.

“After I showed George the names, he rejected one and said a halfhearted ‘okay’ to the other while looking at his phone. We never went.”

In the Conway is also critical of Jared Kushner, Ivanka Trump’s husband, who was another senior advisor to Trump during, describing him as “shrewd and calculating.”

As the president’s son-in-law, Conway writes, “no matter how disastrous a personnel change or legislative attempt may be, he was unlikely to be held accountable for it.”

She went on to describe the tensions her husband’s anti-Trump activism caused in their marriage, claiming that he violated their marriage vows with his “daily deluge of insults-by-tweet against my boss.”

Conway’s is the latest in a series of memoirs by former Trump officials. Some, such as those by former defense secretary Mark Esper, have been highly critical of Trump.

In her memoir Conway appears not to criticize Trump. Despite the number of women to accuse Trump of sexual misconduct, Conway called him a feminist who was “generous, respectful, engaging, and empowering.”