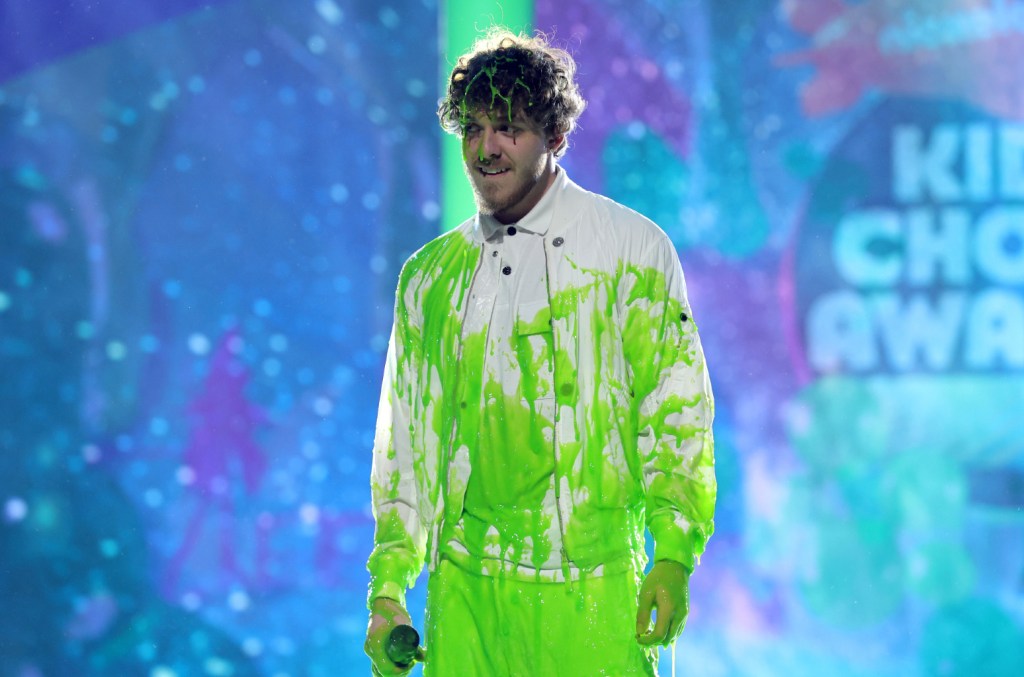 Jack Harlow‘s performance at the 2022 Kids’ Choice Awards was topped off with a burst of slime.

The rapper brought a medley of “Nail Tech,” “Industry Baby” (without Lil Nas X) and his newest single, “First Class,” to this year’s show that aired on Nickelodeon Saturday night (April 9). He ended his set covered in green slime.

“Bucket list,” he commented on Instagram after the performance, which took place at the Barker Hangar in Santa Monica, California.

Harlow was nominated for favorite breakout artist, an award that ended up going to Olivia Rodrigo. Chlöe, Glass Animals, Saweetie and Walker Hayes were also up for the award.

Watch Harlow perform and get slimed below.