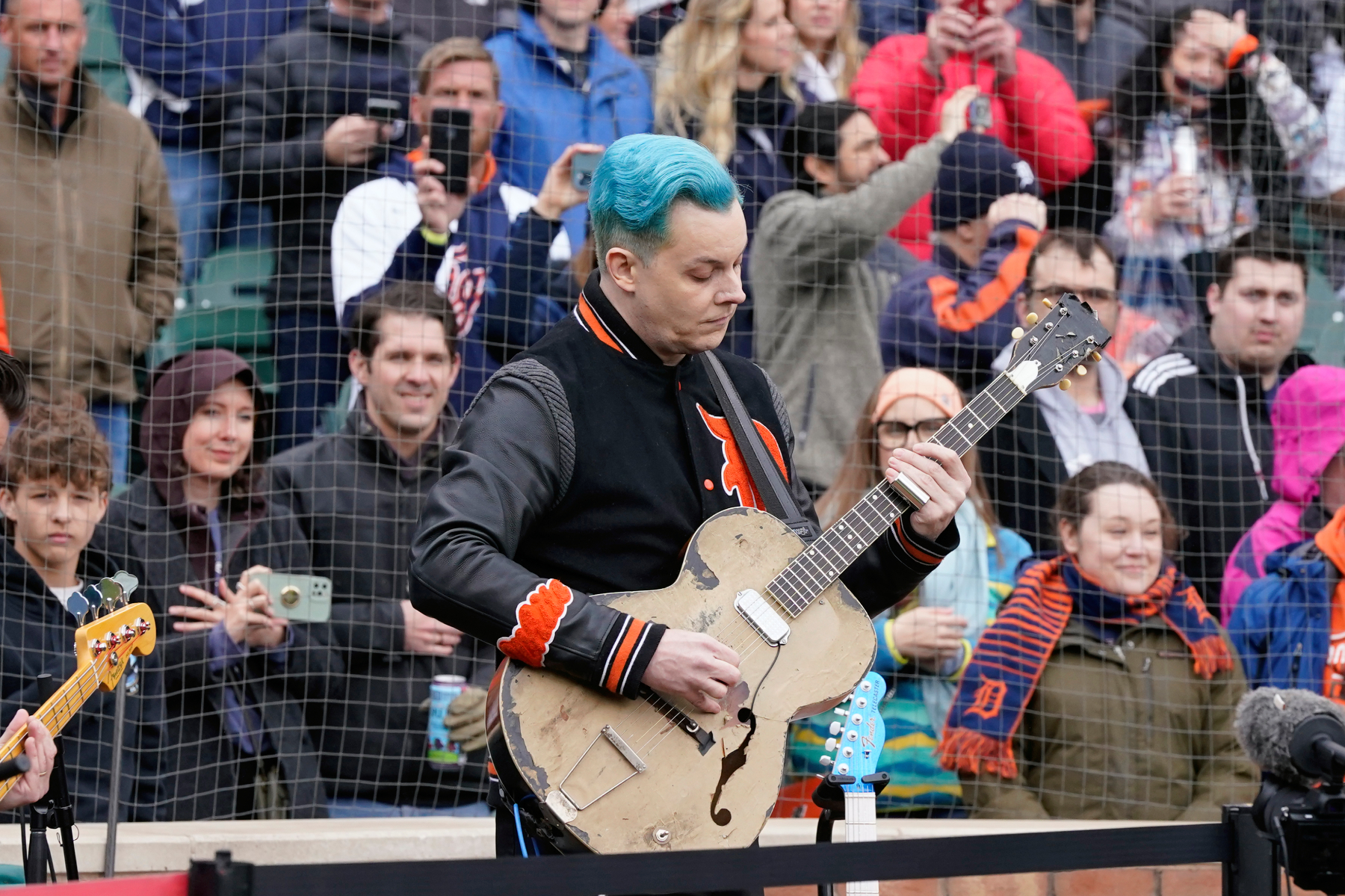 How does Jack White cap off a whirlwind Friday? By staging a surprise wedding onstage in front of an audience of his fans, of course.

According to a Tweet by the Detroit Daily News, White married his girlfriend, fellow musician and songwriter Olivia Jean, during his sold-out tour opener at Detroit’s Masonic Temple Theatre mere moments after proposing during a rendition of The White Stripes’ 2001 single, “Hotel Yorba.” White’s mother and Jean’s father, the publication stated, were in attendance for the impromptu nuptials, while each musician’s bass players served as best man and maid of honor.

White’s wedding comes after a jam-packed day for the Detroit native — which, in addition to Friday evening’s concert, included the release of his new album, Fear of the Dawn, and performing the National Anthem for the Detroit Tigers’ Opening Day at Comerica Park.