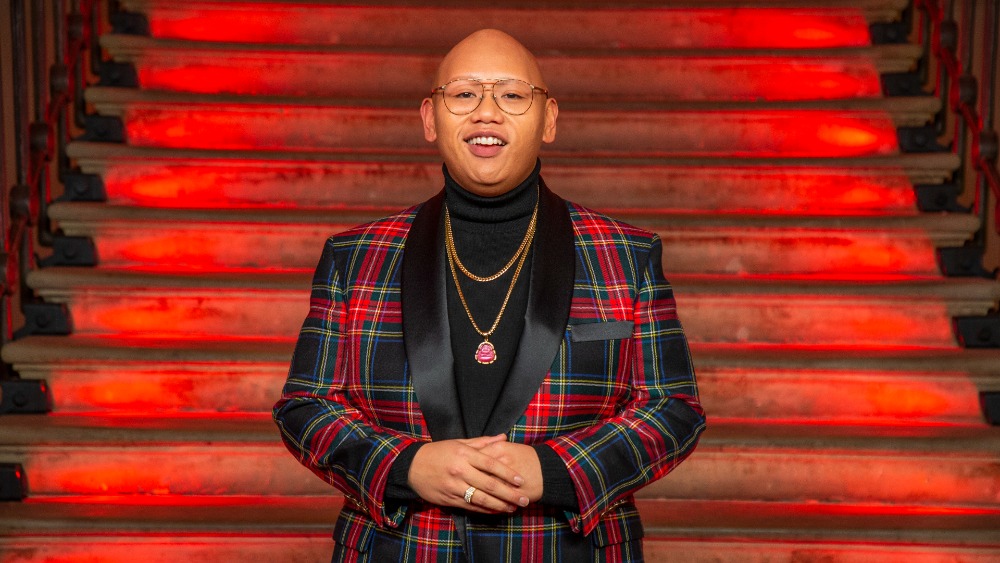 Jacob Batalon is best known as Spidey’s BFF Ned Leeds in the box office-smashing “Spider-Man: No Way Home,” but he’s exploring his undead side in upcoming Syfy comedy drama “Reginald the Vampire.” In the series, based on Johnny B. Truant’s “Fat Vampire” novels, Batalon plays a recently turned vampire, Reginald, who finds he still has mostly the same problems as his living counterparts: an evil boss, unrequited love and a vampire chieftain out to get him. Fortunately, it turns out Reginald isn’t entirely without powers of his own.

Batalon warns that “Reginald the Vampire” — produced by Thunderbird Entertainment-owned Great Pacific Media and distributed internationally by Cineflix Rights — is not your typical broody vampire drama. “I think our show does a really good job of putting those tropes on its head,” he says. “We absolutely poke fun at the fact that vampire films are drab and sort of dark and brooding and mysterious. We don’t take ourselves that seriously.”

Shooting wrapped in Canada just a few weeks ago and before Batalon even had time to unpack his suitcase, he sat down with Variety to discuss the show.

How did you get involved in “Reginald the Vampire”?

It was sort of out of the blue. [Showrunner] Harley Peyton and [director] Jeremiah Chechik, and [exec producer] Todd Berger, and Lindsey [Macadam, senior VP for content and business development at Great Pacific Media], they all came to me with this thing. My agent spoke to me about it, and it was the lead for a sci fi show. Apart from being a lead [role], I feel like the story really spoke to me. We had this meeting, everybody talked about the underlying tones and what the show means and all these things, and we really clicked, and that’s how I became a part of it.

Have you read the novels?

My girlfriend and I read the first book of the “Fat Vampire” series by Johnny Truant, and he was actually on set with us a couple of days. He’s a really great guy, he’s really funny and really cool. It was cool to understand where the story came from. But obviously Harley being a really great writer, and all this team of writers, I feel like they’ve absolutely turned the story into something so much more relatable to today’s societal views. And I think that’s a very important aspect. So it was interesting to read the source of what Reginald was. A lot of the books [are] about the societal stigma of not being a prototypical leading man type and we put that on its head. We sort of normalize the fact that I’m not a typical white guy who’s buff and tall and blonde, and all that stuff. I think that’s a great thing.

And as well as being a leading man, you’re exec producing too.

It’s been a really cool experience to have an input and a say in the goings on and the dealings of the day and really having control over my character and having this ability to just be a part of the creative process on a deeper level.

How do you choose the projects you want to take on?

It’s based on what I find the most interesting. I think this show in particular, having the chance to be the lead of a show has been something that’s been on my on my bucket list as an actor. It’s an experience that I just couldn’t pass up. And it is such a fun, zany, wild script that I know people will enjoy it. And really, I think that’s it for me: finding things that I know are not prototypical, finding things that are truly out there and speak to me on a deeper level than just like being funny or sad or dramatic. And I just really find that even though this story is based around vampires, it’s relatable.

What was it like being part of a film as successful as “Spiderman: No Way Home?”

It taught me a lot about fame and taught me a lot about experiencing the world and what it really means to be someone who people look up to, in a sense. I’ve learned that the most successful people in the world are not fucking assholes and, most importantly, it’s just sort of how I carry myself. I mean, fame is cool, fame is great, but it’s very fickle. More power to you if that’s all you want, but a lot of people, including myself – I feel like I’m searching for longevity.

In the “Spider-Man” comics, your character Ned becomes Hobgoblin at one point. Is there any chance of us seeing that on screen?

From all my years of working for Marvel, I feel like I’ve learned to just not say anything. I can’t really speak on things and then say something that might actually be true and then I ruin something, you know what I mean?

Speaking of not being able to say anything, what was it like keeping the secret that Tobey Maguire and Andrew Garfield were going to be in the movie?

I think it was just the scariness of ruining such a great surprise. We all understood it was such a momentous thing to happen in like, not just a superhero movie, but in cinema. To actually do something that crazy is wild. We just wanted to make sure that we kept it as [quiet] as possible so everyone could genuinely be so surprised and love it.

What was it like working with Maguire and Garfield?

It was amazing. They were really cool and wise and funny. Just like the funniest. Every day felt like it wasn’t real. It felt like we were sort of living everyone’s dream in a way. To have not just them but to have Willem [Dafoe] and Jamie [Foxx] and Alfred [Molina]. It was literally – it was amazing for sure.

What would your dream role be?

I’m kind of into crazy shit. I really love movies like “Sorry to Bother You,” or things like that. Or anything twisted like “Twin Peaks” or something. Like I’ll do anything crazy. I just [finished watching the original] “Gossip Girl” and honestly I wouldn’t mind doing something like “The O.C.”-ish as well. I’m looking into weird zany things.

What are you working on next?

I’m taking a break for a bit. But if anything comes up that I find truly interesting, I’m absolutely all for it. It just has to be the right thing for me to really get my ass out of bed.

This interview has been edited and condensed for clarity.