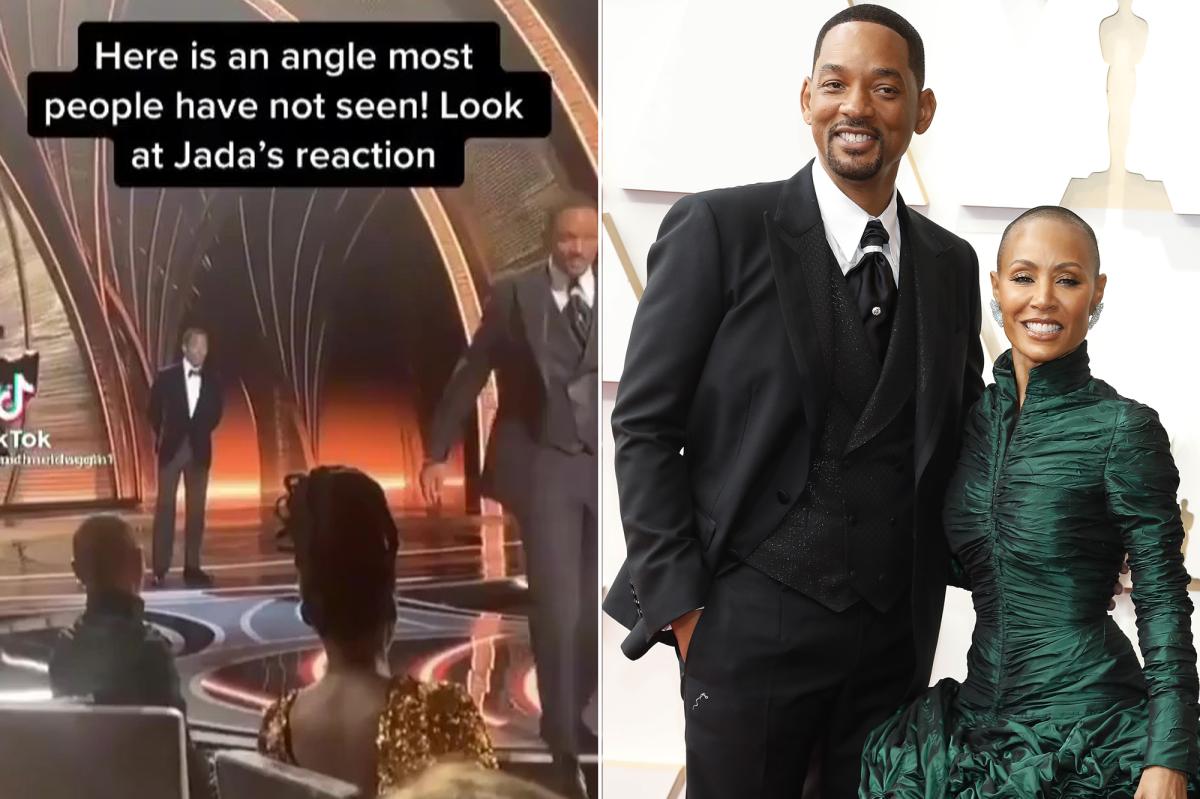 Jada Pinkett Smith was seen laughing after Will Smith slapped Chris Rock across the face at the 2022 Oscars.

A TikTok user shared a video showing the “Red Table Talk” co-host guffawing Sunday night as Smith returned to his seat while Rock said, “Wow, Will Smith just smacked the s–t out of me.”

As soon as the “Fresh Prince of Bel-Air” alum, 53, began screaming, “Keep my wife’s name out of your f–king mouth,” Pinkett Smith, 50, did not appear to make a peep — or move a muscle — until she chuckled when Rock, 57, referred to the incident as “the greatest night in the history of television.”

Smith, who went on to win Best Actor for his role in “King Richard,” issued a publicly apology Monday for his act of violence against the comic — though he had apologized to everyone except Rock during the actual ceremony.

“I would like to publicly apologize to you, Chris,” Smith wrote in his statement. “I was out of line and I was wrong. I am embarrassed and my actions were not indicative of the man I want to be. There is no place for violence in a world of love and kindness.”

The Academy has condemned Smith’s actions and launched a formal review into the incident to determine consequences for breaking its code of conduct. The organization said Wednesday it asked the “I Am Legend” actor to leave the Oscars after the slap, but he refused.

“Things unfolded in a way we could not have anticipated,” the Academy told the Associated Press. “While we would like to clarify that Mr. Smith was asked to leave the ceremony and refused, we also recognize we could have handled the situation differently.”

The Academy also apologized to the “Down to Earth” star, saying, “Mr. Rock, we apologize to you for what you experienced on our stage and thank you for your resilience in that moment. We also apologize to our nominees, guests and viewers for what transpired during what should have been a celebratory event.”

Meanwhile, Rock told a Boston audience Wednesday night that he is “still processing” what unfolded. He previously declined to file a police report.